Projects located in sub-Saharan Africa have recorded the largest increase in Country Risk Premiums (CRPs) since the third-quarter update, as estimated by the Country Risk Investment Model (CRIM). The CRPs increased by 0.12 percentage point on average across all geographies and sectors, making it the region with the worst average CRP overall for this fourth-quarter update. The key driver for the deterioration in sub-Saharan Africa's CRP is a significant increase in the risk of strikes and protests since the third-quarter update, particularly in Sudan, which added USD4.2 million to potential losses in net present value (NPV) over the full lifecycle of a project located there.

State contract alteration is the largest potential source of cash-flow losses to projects across all geographies and sectors worldwide. Yet, the losses attributable to this risk vary significantly within and across regions. Projects located in emerging markets recorded the greatest increase to potential losses in NPV for the fourth-quarter update: an increase of USD2.42 million over the lifecycle of a project on average in this asset class.

However, there were notable improvements: the greatest average reduction in potential losses attributable to state contract alteration was for projects in sub-Saharan Africa. This was especially so for Nigerian hydrocarbon projects following the enactment of the Petroleum Industry Act (PIA) in August, as well as mining projects in Zambia following the opposition presidential candidate's victory at elections held the same month. 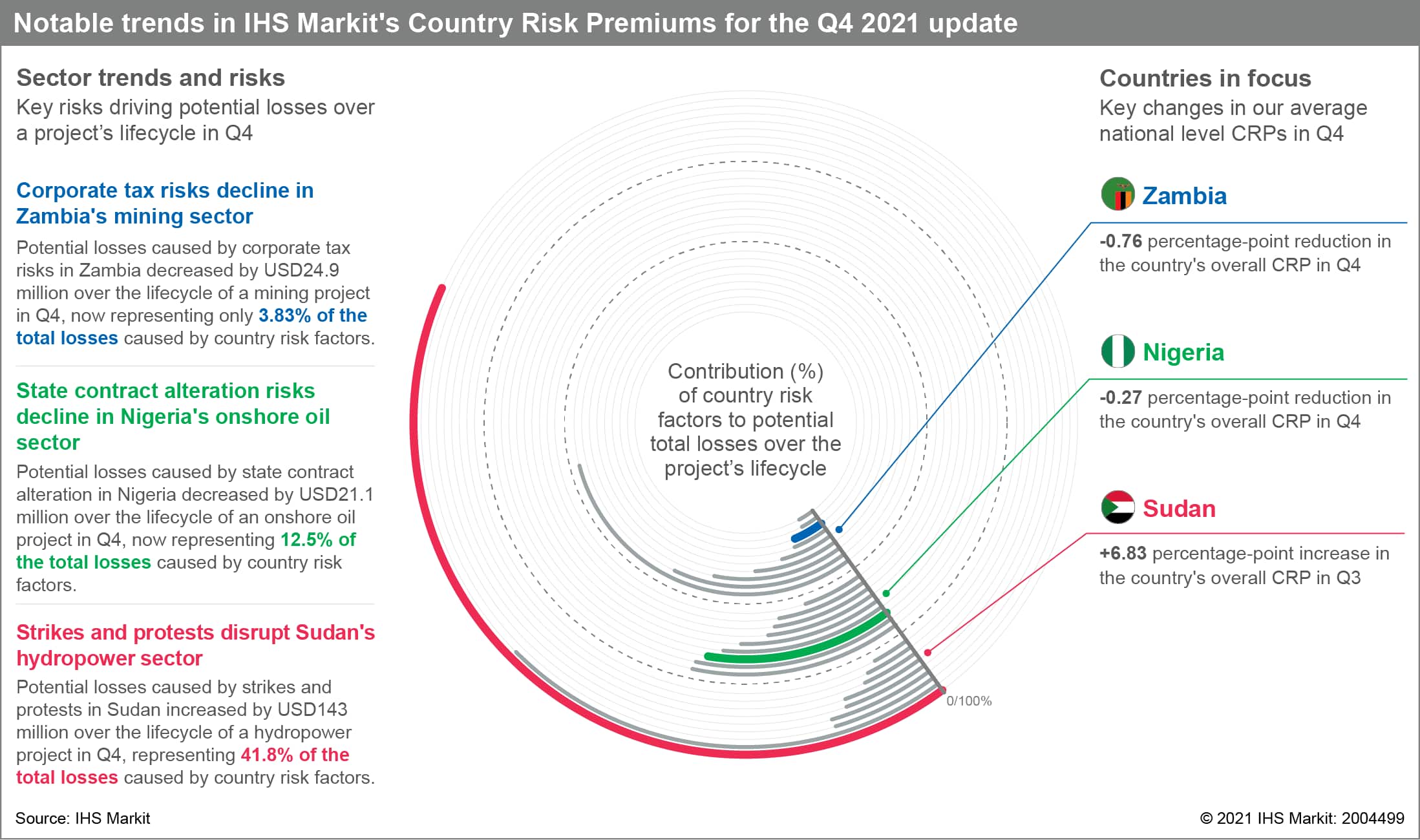 Victory for the Zambian opposition's presidential candidate at the August elections has led to steps to improve tax certainty, halt direct expropriation, and reduce contract risks for miners. The 2022 Budget proposes to rationalize the mineral royalty regime by reintroducing the deductibility of royalties when calculating corporate income tax while preventing base erosion and profit shifting. Given resulting reductions in the legal risk scores, the potential losses in NPV caused by contract enforcement risks have declined by USD31.7 million from USD127 million since the third-quarter update, now representing 9% of total losses in NPV to mining projects caused by country risk.

The enactment of Nigeria's Petroleum Industry Act (PIA) in August is set to ease contractual terms and reduce income tax for hydrocarbon projects. Although full implementation remains challenging, the PIA's enactment should now provide the clarity for investors to consider advancing stalled projects. Given resulting improvements in our Country Risk scores, the CRIM estimates, for instance, that the potential losses caused by state contract alteration decreased by USD21.1 million for onshore oil projects in the fourth quarter, now representing 12.5% of the total losses caused by country risk factors. 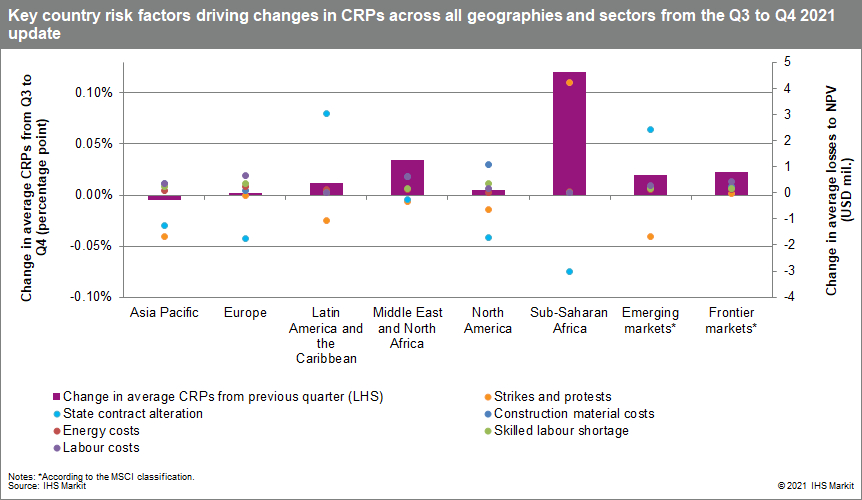