Chris Williamson is the Chief Business Economist at IHS Markit. In this video, Williamson walks us through commonly asked Purchasing Managers’ Index® (PMI®) questions and helps us understand the impact the PMI index has in everyday business decisions.

The ability to accurately predict changes in key economic indicators, such as GDP, is an essential component of the decision-making process for a wide number of groups. By building confidence in the likely direction of the economy, policymakers are able to optimize changes to key macroeconomic management levers such as interest rates or fiscal policy. Likewise, armed with sound knowledge of current macroeconomic performance, investors and businesses can make investment allocation decisions with greater clarity and certainty.

In recent years, increasing attention amongst practitioners has been to improve their understanding of economic performance in near ‘real-time’, rather than waiting for updates to slowly produced official figures such as GDP, numbers for which are also subject to notable future revision. Performing such a forecasting task (often referred to as nowcasting) requires the use of high-frequency datasets that are released in a timely fashion. Chris Williamson, Chief Business Economist at IHS Markit, discusses the value of using the IHS Markit PMI™ as the ultimate nowcasting tool.

Chris is Chief Business Economist and an executive director at IHS Markit. Mr Williamson is a well-known economic commentator and is regularly quoted in international business print and broadcast press, and frequently speaks at conferences on global economic issues. Mr. Williamson also sits on a number of economic advisory panels.Chris joined the company in 2008 following the acquisition of NTC Economics, a provider of global macro-economic indicators, where he played a major role developing a world-leading provider of business surveys and economic indicators, including the PMI series. PMI surveys now encompass all major economies and are commonly cited as some of the most important sources of economic information available to central banks, financial markets and business decision makers.Chris studied Economics at the University of Nottingham and Economic Development at the University of Manchester.

Bernard joined the company in 2016 and has over 10 years of experience as an economist. Previously, he was market strategist at IG, a market-maker for contracts-for-difference (CFDs), as well as regional economist at 4CAST, a provider of financial and economic analysis. He had worked on trade and economic issues at the Singapore Institution of International Affairs (SIIA), in partnership with the Economic Research Institute for ASEAN and East Asia (ERIA), and the United Nations Conference on Trade and Development (UNCTAD). Bernard is regularly quoted in the international business press and is frequently interviewed on business and mainstream television and radio. He read economics and finance at the University of London, UK, and applied economics at the Singapore Management University.

All PMI Research & Analysis
4 hours ago 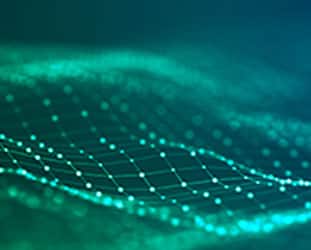 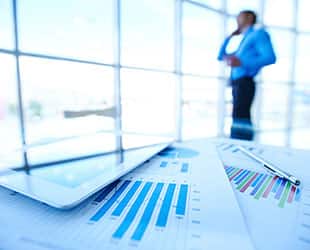