What is the oil industry’s path toward a low-carbon future?

Connect with Jim Burkhard on oil markets and energy & mobility.

Keep up-to-date with latest trends in the Energy industry

Don't Call It a Comeback: Oil's Ongoing Role In the Energy Transition.

Oil is still the dominant source of energy for road transportation—and will be for many years to come. Globally, electricity currently counts for just 0.4% of the energy used in road transportation. Most of this—about 75%—is in one market, China. While electricity’s share is still small, its use in transportation globally has tripled since 2010 and will continue to rise.

For the oil market, what matters is how much demand is displaced by electricity. In 2020, there were about 9.2 million light plug-in electric vehicles (PEVs) in the global light vehicle (LV) fleet. There were 20,000 fuel cell electric vehicles. Collectively, these vehicles displaced about 150,000 b/d of oil consumption—less than 0.2% of world consumption. Adding in electric city buses and two-wheelers, the amount of oil displaced adds up to 370,000 b/d, or 0.4% of world oil demand in 2020.

The amount of oil displaced by electricity will continue to rise, led by growth in PEV sales. By 2025, we estimate that light PEVs will displace about 0.9-1.1 MMb/d of world oil demand. Adding in electric buses and two-wheelers, oil displacement by electricity in road transportation could hit 1.5 MMb/d, which would be equivalent to about 1.4% of our projected level of total world oil demand in 2025. This may not seem like a large amount, but keep in mind oilpowered LVs were the largest source of aggregate oil demand growth from 2000 to 2019. Our view is that oil demand (gasoline and diesel) from LVs peaked globally in 2019 at 29.1 MMb/d.

The electrification trend plays a role—along with rising fuel economy and emissions standards for oil-powered cars— in the plateau and later decline of total world oil demand, which we expect to emerge at some point over the next 10-15 years in our base-case outlook. In our alternative scenario, Autonomy, peak world oil demand occurred already in 2019.

Among alternative sources of vehicle propulsion, electricity has the upper hand in terms of political support and automotive industry capital investment. The GM announcement is part of the story. That is not to say that hydrogen, biofuels, and natural gas will not play a role, because they will. GM makes the Bolt electric car and, later this year, will begin selling the electric Hummer SUV. Its surprise announcement is indeed a “bolt from the blue.”

How much oil demand is being displaced by electricity?

How will electricity shift world oil demand in road transportation in 2025?

The projected range of electricity displacing oil demand in road transport by 2025 is 1.1 to 1.5 MMb/d, or as much as 1.4% of expected total world oil demand that year.

EnergyCents - Ep 43: Beyond oil: The growing role of biofuels in a decarbonizing refining sector

EnergyCents - Ep 42: Texas Forever: Why Houston will maintain its role as the world’s energy capital

EnergyCents- Ep 41: It’s complicated: An economy’s messy relationship with gas on a path to net zero 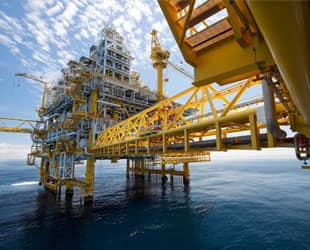 The offshore decommissioning industry has been aro (...) 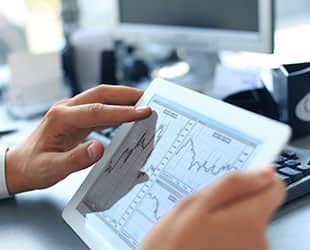 Please join us for a live presentation showcasing (...)

Mr. Balieiro leads analysis of how changes in the automotive ecosystem translate into changes in fuel consumption of the light vehicle fleet, which includes insights on the impacts from alternative powertrain configurations, telecommuting, mobility services, and vehicle automation. In addition, he manages all analysis on the effects of decarbonization trends, mobility policy, and regulations on fuel consumption. Mr. Balieiro co-authors the Pulse of Change, a monthly report that tracks and assesses the electric evolution of the light vehicle fleet, and other reports relating to vehicle electrification, electric vehicle charging infrastructure, and mobility-related topics that influence total light vehicle miles traveled.Previously, Mr. Balieiro led the light vehicle fuel demand analysis of the ground-breaking study, "Reinventing the Wheel (RTW): The future of cars, oil, chemicals, and electric power," a joint effort by the energy, automotive, and chemical teams at IHS Markit. More than 30 companies in the automotive, energy and chemical industries participated in this year-long effort. RTW is now an ongoing service (Mobility and Energy Future) providing insight and context for how developing mobility trends impact the energy, automotive, and chemical industries.Mr. Balieiro holds a Chemical Engineering Bachelor of Science from the University of Maryland Baltimore County and a Master of Business Administration from the University of Houston. He is fluent in English and Portuguese, and conversational in Spanish.

Mr. Burkhard is vice president and head of crude oil market and energy and mobility research. He is responsible for the development and coordination of IHS Markit insights and messages for global and regional oil markets and scenarios. His expertise covers geopolitics, industry dynamics, and global oil demand and supply trends. He has more than 20 years of experience in energy markets. He also leads research into how changes in the automotive ecosystem are impacting the future of the energy and automotive industries. He led the ground-breaking IHS Markit study, Reinventing the Wheel (RTW): The future of cars, oil, chemicals, and electric power. RTW has been cited by numerous press outlets around the world including the Wall Street Journal, the Financial Times, CNBC, Bloomberg, and media outlets in China, Europe, and India.Mr. Burkhard has led the development of each generation of IHS Markit scenarios that bring together the entirety of IHS Markit energy research to form an integrated global outlook for the future of energy. The 2006 scenarios pointed to a major debt-induced global crisis two years before the 2008 recession; and in 2011, identified the roadmap to $50 oil by 2014/15. Also, in early 2020, his team was the first to identify the scale of production cuts that would materialize in the US and OPEC+ members in the second quarter of the year.Mr. Burkhard has testified before the US Congress on energy issues and is frequently sought for comment by global media. He has participated in several US National Petroleum Council (NPC) studies that provide policy recommendations to the US Secretary of Energy on oil and gas issues. Prior to joining Cambridge Energy Research Associates before its acquisition by IHS Markit, Mr. Burkhard was a member of the US Peace Corps in Niger, West Africa, where he directed infrastructure projects to improve water availability and credit facilities. He holds a BA from Hamline University and an MS from the School of Foreign Service at Georgetown University.

#LPG has a very prominent position in #LatinAmerica, accounting for a relatively small portion of the global LPG ma… https://t.co/pzaWhwb9yf

Baltic Shale LLC is working to extract hydrocarbons from the onshore sector of the Baltic Basin in #Poland. The res… https://t.co/465yhUKXQn