In April 2017, US job growth rebounded to a solid 211,000 from a weak 79,000 in March. Construction jobs rose to 5,000 from 1,000 in March but lagged earlier gains. Likewise, manufacturing payrolls increased but at a slower rate than before. Food service and healthcare garnered typically good job gains. Retail employment gains remain subdued compared to last year's average monthly gain of 17,000, picking up just 6,300 jobs. The US unemployment rate dropped from 4.5% to 4.4% in April—an especially impressive development given that the US labor force has expanded during the past consecutive five months.

IHS Markit expects US non-farm payrolls will steadily increase from now to 2022. The unemployment rate should edge toward 4% by 2019 – with manufacturing jobs decreasing and service sector positions on the rise. While the unemployment rate is expected to fall, the labor force will also become increasingly productive. This should decelerate the rate of job growth from 2.2 million jobs added over the 12 months ended April 2017 to roughly 1.7 million in the year ending in the first quarter of 2018, with a further but less dramatic cooldown in 2019. After 2020, the leading edge of the boomers will have moved past age 70; the 65–69 age cohort is especially important, since its labor-force participation rate was 32.2% last year, while the 70–74 year-old group only fielded 19.2% of its members. The older retirement age for full Social Security benefits and recessionary damage to finances are playing major roles in Americans’ later retirement.

Visit US Economic Data and Press Releases to learn more. 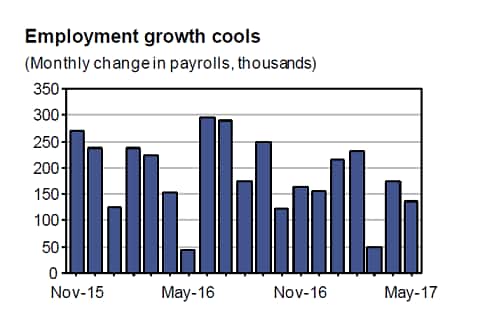 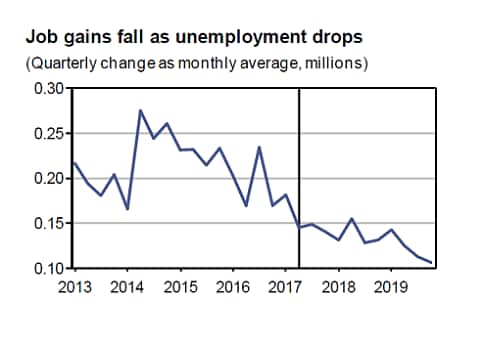 An expert in North American labor markets and a specialist in labor supply, demand and wage escalation, Ms. Crowley is a key contributor to the semi-annual Global Manufacturing and Global Construction Compensation reports and to ongoing research of labor markets on the US Gulf Coast and Western Canada. Her research provides an analytical framework to compare labor cost and escalation on a global basis. Ms. Emily Crowley received her Masters of Science in Applied Economics from the Johns Hopkins University where she focused in quantitative methods.

She is a key contributor to the Global Construction and Manufacturing Compensation studies, as well as consulting projects focused on global manufacturing and energy labor rates. She is a member of the Chartered Institute of Purchasing and Supply. Ms. Lukiniha received a Bachelor of Arts (honors) in Economics and Business with East European Studies from the University College London, UK.

The group specializes in monitoring global commodity, wage, output and other related indicators by sector. Their focus spans across ferrous and nonferrous metals, machinery and equipment, electronic components, chemicals, paper, packaging materials, health care and more. He has authored two articles that appeared in the Monthly Labor Review. ​Mr. Ulmer received his Bachelor of Science degree from State University of New York,  Albany, N.Y., U.S. He is a member of the Bureau of Labor Statistics Business Research Advisory Committee (BRAC)​.​

Ms. Hodges is responsible for the management and operations of the Pricing and Purchasing Research team. Ms. Hodges has managed several projects on global cost analysis, including projects in Asia and South America, where the objective was to recommend the most cost-effective and efficient action in the procurement of key materials and services. She has spoken extensively on the topic of procurement pricing strategies and the global cost environment, including a presentation at the Institute of Supply Management titled, "Has China Lost Its Low-Cost Edge?" She has made presentations on the "Economic Risks to Consider Before Bidding Your Next Contract," and "Understanding and Estimating the Skilled Labor Shortage," at a conference of the Association for the Advancement of Cost Engineering. Ms. Laura Hodges holds a Bachelor of Arts in Economics from the George Washington University, U.S., and a Master of Arts in Health and Labor Economics from Duke University, U.S. She also earned an MBA from Rutgers University, Beijing, China.

Join us for a live session highlighting new featur (...) 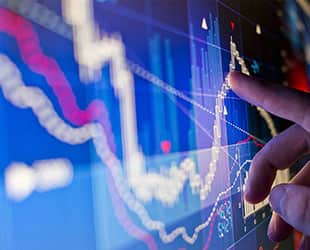 IHS Markit is pleased to announce the phase 1 rede (...) 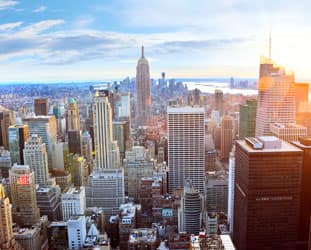 Each week, our team will walk asset managers throu (...)

Alternative US and Global Scenarios