A primer on currency wars and foreign exchange manipulation

Even before the recent Chinese currency devaluation, the Trump administration had ramped up its rhetoric regarding the role of US trading partners in foreign exchange markets from accusations of “manipulation” to allegations of a “currency war.” The White House was very unhappy recently – blaming the US dollar’s strength on central bank stimulus elsewhere – when Mario Draghi, president of the European Central Bank, hinted that more easing was on the way.

Currency wars are not new. During the 1930s, many economies abandoned the practice of fixing their exchange rates to the value of gold and allowed their currencies to fall precipitously. This led to what has come to be known as “competitive devaluations” and “beggar thy neighbor” policies.

In the early 1970s, the Nixon administration suspended the convertibility of the US dollar into gold and other assets and closed the gold window so that foreign governments could no longer exchange their dollar reserves for gold. The dollar plummeted, causing consternation among trading partners.

More recently, in 2010, the massive Fed quantitative easing program pushed down the US dollar and produced howls of protest from the emerging world. Then Brazilian Finance Minister Guido Mantega accused the United States of waging a “currency war,” in the process popularizing the term.

Not all currency manipulation has been contentious, however. In 1985, G7 governments conducted coordinated intervention in foreign exchange markets to weaken a very strong US dollar. In 2011, G7 policy makers, once again, synchronized their forex interventions, this time to prevent the Japanese yen from rising too much after the Fukushima disaster triggered a repatriation of funds into Japan.

Is economic overheating a possibility in 2019?

Is the African continent facing a debt crisis?

There are plenty of ways governments can intervene in currency markets

Among the numerous ways governments can try to influence the value of their exchange rate, four stand out:

Some emerging markets have used all these techniques to manage their currencies. China is a case in point, where the government until recently tried to keep its currency stable and prevent it from falling too much. In this sense, it was not engaged in a currency war or competitive devaluation.

In contrast, most developed economies have mostly flexible exchange rates, which are largely determined by economic fundamentals and market forces. While recent expectations of easing by the ECB could weaken the euro (much will depend on other factors, including what the Federal Reserve does next), the primary motivation for the ECB (and the Fed) easing is to boost the domestic economy and not to weaken the currency per se; the Fed’s mandate only covers growth and inflation, and not the value of the dollar. The recent round of easing is likely more a case of a “competitive stimulus” than a currency war.

In the medium- to long-term, economic fundamentals, including interest rate and growth rate differentials and current account balances, are far more influential than government intervention. This means that the current strength of the dollar, which has risen around 25%, on a trade-weighted basis in the past five years, is mostly a function of US growth being faster than most developed economies thanks to ongoing fiscal stimulus, and US interest rates being higher than most.

Intervening in forex markets to go against these fundamentals is likely to be ineffective; it could, nevertheless, add to financial volatility. This is especially true if the United States intervenes alone, which seems likely. At a time of weak growth, other central banks are not interested in tightening policy; and quite contrary, almost all are set to ease more. Stronger growth elsewhere is probably the most effective way for the dollar to weaken. 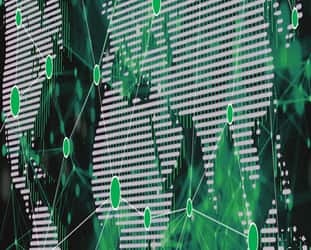 Explore the dynamics and drivers that will shape s (...)

Southeast Asian economies emerged as beneficiaries of Section 301. Our researchers look at the actual impact of the… https://t.co/HFpor1fgiV

We will again travel and post our likes and comments on social media. Check out this demonstration of using social… https://t.co/hiRvn5KDWL