China’s government is attempting to cool the country’s red-hot housing market. In late 2016, the Chinese government instructed governments of tier-one and tier-two cities to impose housing market tightening policies. In March 2017, the government extended these policies to tier-three and tier-four cities. Since then, housing prices appear to have stabilized, but mostly only in tier-one cities.

While the Chinese government has attempted to cool housing market activity on the one hand, it unintentionally reheated the property market on the other with the economic stimulus programs it introduced in the second half of 2016. In March 2017, average housing prices across 70 cities rose 0.70% month over month (m/m) (8.8% annualized), up from 0.3% in February (3.8% annualized). This figure remained unchanged for April 2017.

IHS Markit expects China’s housing market will cool down later this year. As long as the government is serious about reining in the property market, there is no question it will be accomplished, for essentially no limit exists on the Chinese government’s use of any market or nonmarket-based measures to discourage housing investment. 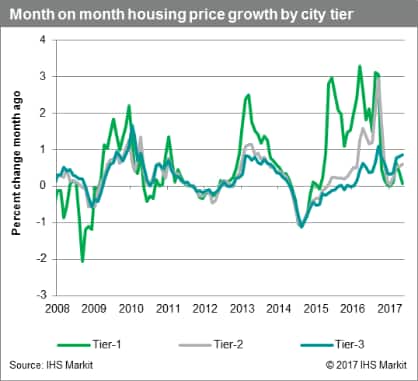 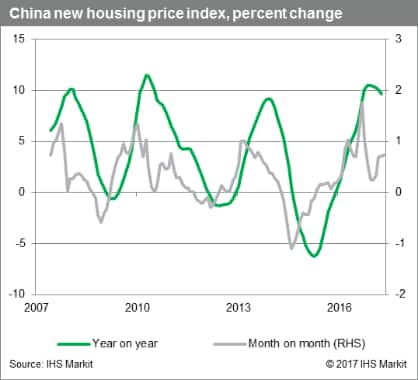 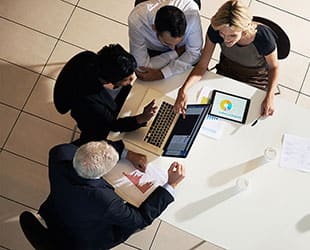 Market Volatility and its Impact on the Corpo (...)

The current market turmoil has led to unprecedente (...)

RT @ChrisVarvares: There is a significant skew in the age distribution of deaths from COVID-19. Just 2% of the pop (85+) account for 33% o…

Few industries have avoided harm from the impact of COVID-19 and the resulting containment measures. Who is most im… https://t.co/iHBhs9nrYE

US Economic Data and Press Releases - US Macroeconomic Indicator News