Zambian economy continues to struggle at start of third quarter

Companies in Zambia continued to struggle in July, with the private sector economy facing a number of headwinds, which reportedly include a lack of money, lower global copper prices, tax changes. Meanwhile, currency weakness has led to inflation picking up. Such a situation will likely see the weakest rate of economic growth for 20 years.

Zambian firms recorded a marked worsening of business conditions in July, according to the latest Stanbic Bank PMI data produced by IHS Markit. Both output and new orders were down for the fifth month running, and at sharper rates than seen in June.

Based on historical relationships, the current PMI data suggest that economic growth is running at an annual rate of between 2% and 3%. For 2019 as a whole, IHS Markit forecasts a rise in GDP of just 2.0%, which would be well below the 3.7% increase in 2018. In fact, growth could be the weakest for 20 years. 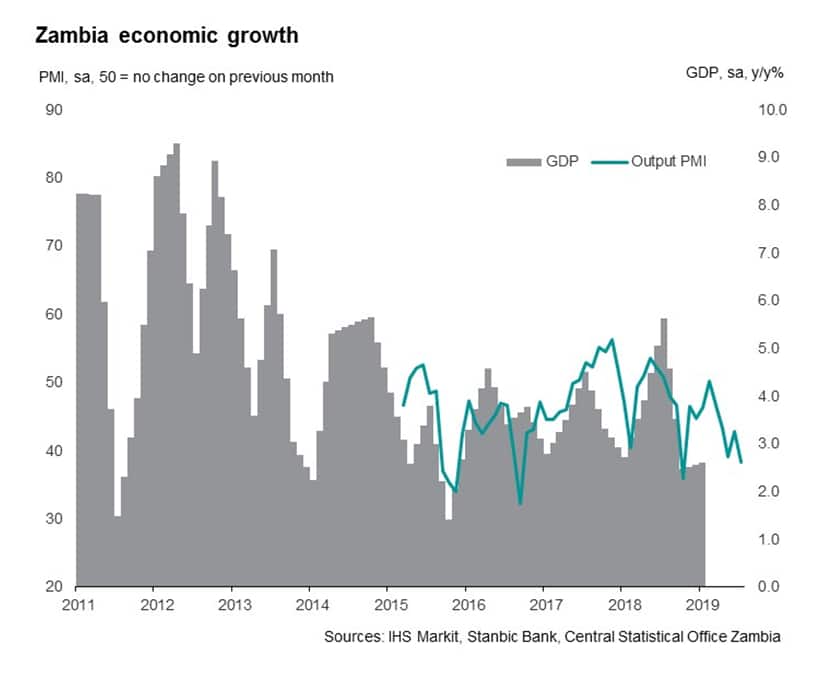 The recent downturn has been characterised by difficult economic conditions, low customer numbers and a lack of money in the economy. In fact, mentions of money issues as a reason for lower output peaked between March and May. In line with this, growth in the supply of money in the Zambian economy slowed to a five-month low in June, and the second-weakest since early-2018.

Economic activity also continues to be hampered by weather-related shocks in the agricultural sector and overall electricity provision to the economy. Mining activity also slowed, reflecting lower international copper prices, a change in the mining tax regime and planned shift from the Value Added Tax (VAT) to non-refundable sales tax system. Financing constraints of the government increased arrears to private sector contractors, adding to the difficult economic environment in the country. 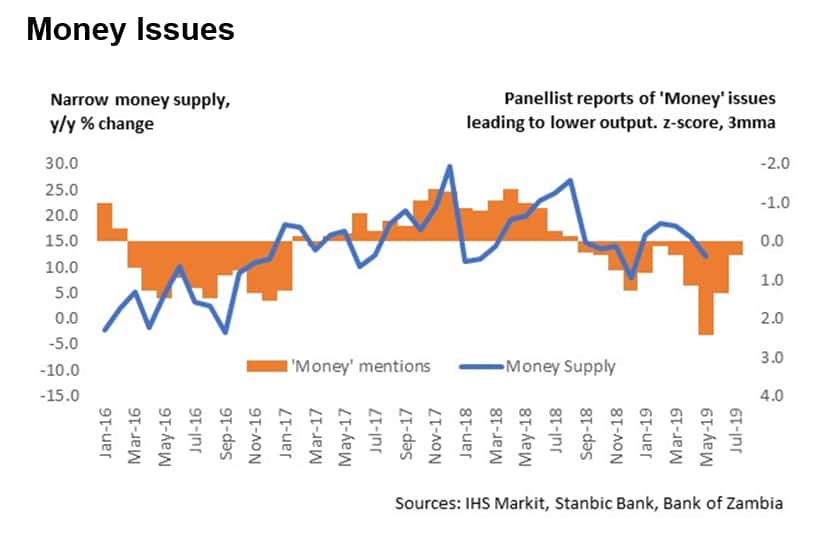 Currency weakness behind rise in prices

Another reason for money troubles has been a recent pick-up in the rate of inflation in the economy. This was a key factor in the Bank of Zambia's decision to hike interest rates in May. Consumer prices were up at an annual rate of 8.8% in July, the strongest pace of inflation for over two-and-a-half years. This is consistent with pricing data from the PMI survey, which has seen elevated price pressures in each of the past three months. In fact, June saw Zambian companies raise their output prices at the fastest pace since November 2015.

Heightened price pressures have been brought about by the depreciation of the Zambian kwacha, which has steadily lost value against the US dollar so far in 2019. Firms on the PMI survey overwhelmingly linked the latest increase in purchase costs to currency weakness. In fact, of those panellists that provided a reason for paid prices increasing, 80% linked this to kwacha weakness.

The next PMI release is due on September 4th and will show whether there has been any sign of improvement in economic conditions during August. 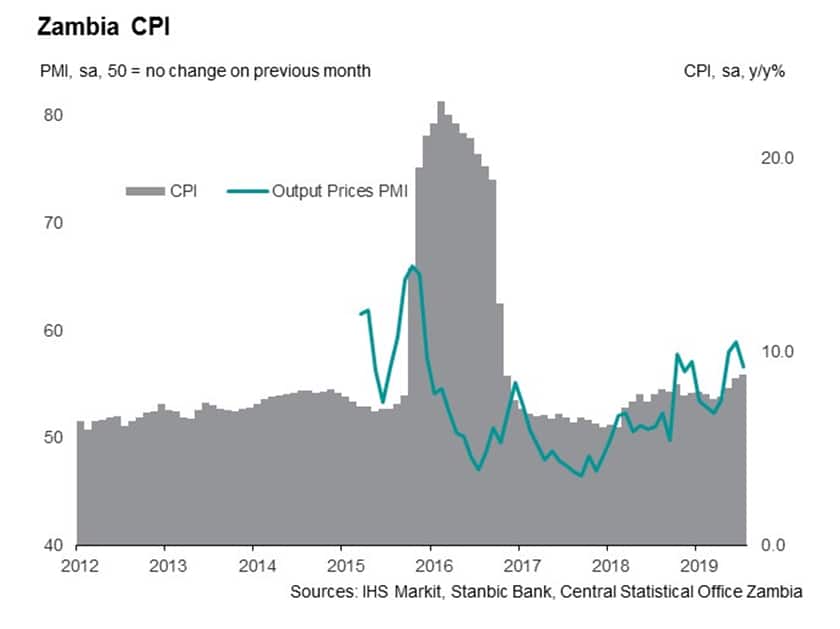