Since taking over the presidency in March 2021 after the death of John Magufuli, Tanzanian President Samia Suluhu Hassan's sustained re-engagement with foreign investors looks set to produce a landmark host government agreement (HGA) for LNG development, along with better terms for new E&P licences.

The Tanzanian government's re-engagement with international oil companies (IOCs) Equinor and Shell leading the proposed development of a USD30-billion, 10-MMtpa onshore LNG plant at Lindi has revived progress on the project, which had stalled under Magufuli.

Following government compromises on terms, Equinor and Shell now see the previously marginal LNG project as economically competitive, particularly in the new global gas market paradigm ushered in by the Russia-Ukraine war. Minister of Energy January Makamba - one of President Hassan's key appointees - hopes to sign the HGA with IOCs for the project within the next few weeks.

Part of the IOCs' newly assured approach to the project appears to be the withdrawal of government threats - issued under Magufuli's rule - to renegotiate production-sharing agreements covering the deepwater Blocks 1, 2, and 4 holding the feedstock gas. Under Hassan's presidency, the threat of broader sector-wide contract reviews also appears to be receding.

Newfound optimism over Tanzania LNG appears to be justified, but the government hopes to accelerate the project's timeline may be dashed even if an HGA is signed imminently. As a greenfield fossil fuel project in a developing country, it is likely to hit further logistical, political, and financial barriers once sanctioned - as onshore liquefaction projects in neighbouring Mozambique have shown. Nevertheless, with Tanzania LNG regarded as a write-off just over a year ago, Tanzania's government will take heart from its subsequent turnaround in fortunes and increasing momentum.

New investment in Tanzania's broader hydrocarbon sector, particularly high-potential deepwater areas, stalled following the introduction of uncompetitive tax terms in 2013. Hassan's government appears ready to at last improve terms to underpin a new licensing drive. Makamba has identified the launch of Tanzania's fifth licensing round, offering 20 offshore and onshore exploration blocks, as one of his priority initiatives to lure foreign investors back to the country. The round, which may launch as early as 2023, has been delayed since 2017 because of the former government's contract review process. 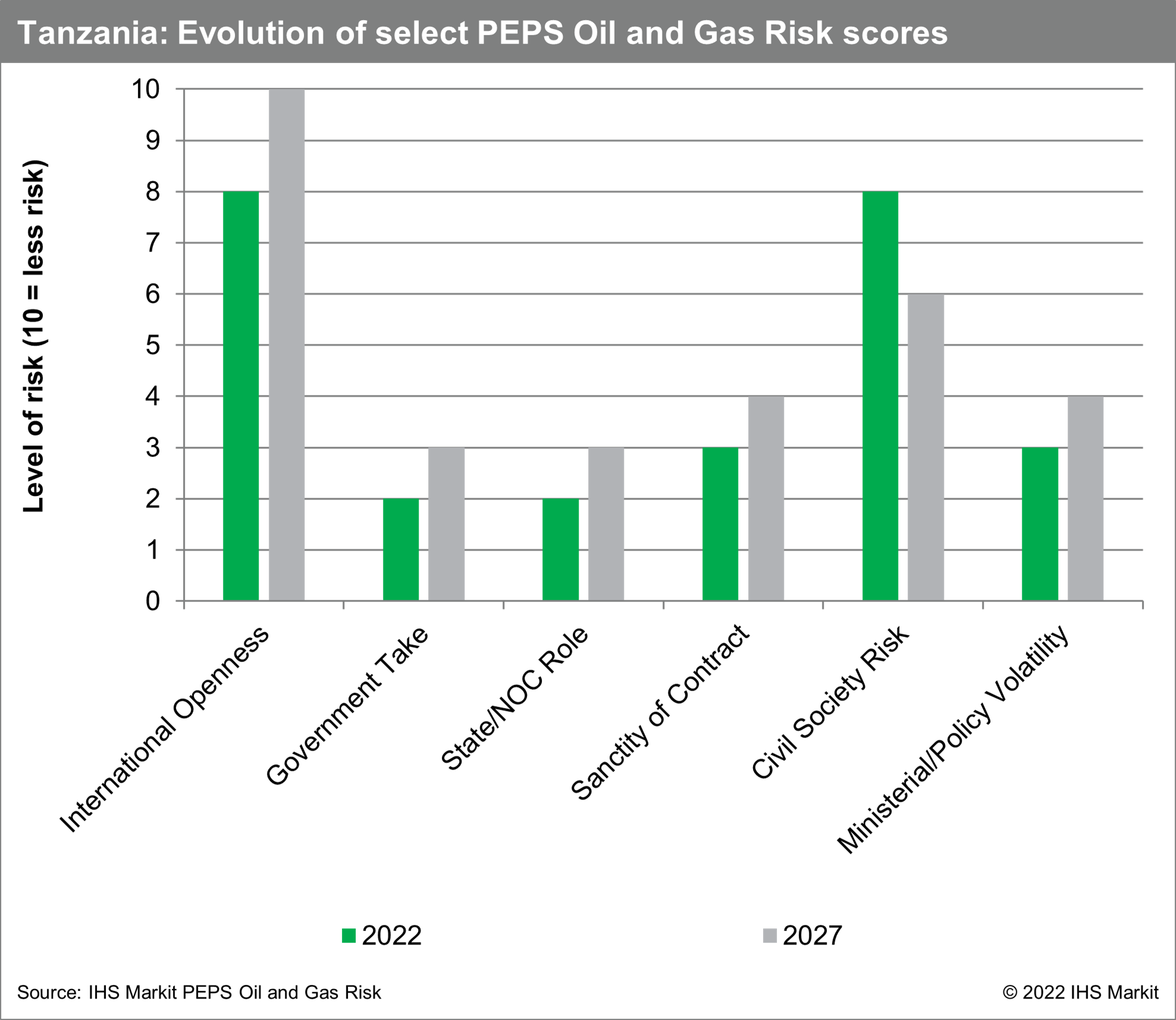 Learn more about our coverage of African E&P risks and opportunities through Petroleum Economics and Policy Solutions (PEPS).