Why is the Honda HR-V so popular in Brazil?

All the headlines about the Brazilian market have been about how bad the current market situation is, with sales down 20.5% YTD and production down 15.7%. But undoubtedly there are success stories, like the one of the Honda HR-V. Its very first registrations took place in February, and since then more than 22,000 units have been registered.

That number is not higher because Honda is facing capacity issues in Brazil. Almost 25,000 HR-Vs were built between February and July, but Honda needs to balance its 120,000-unit capacity among the HR-V, the Civic, the City and the Fit. According to Honda officials, the wait for the HR-V can reach 100 days. Not even some imports from Argentina are helping, and the “problem” should be solved only next year, when Honda opens its second plant in Brazil. 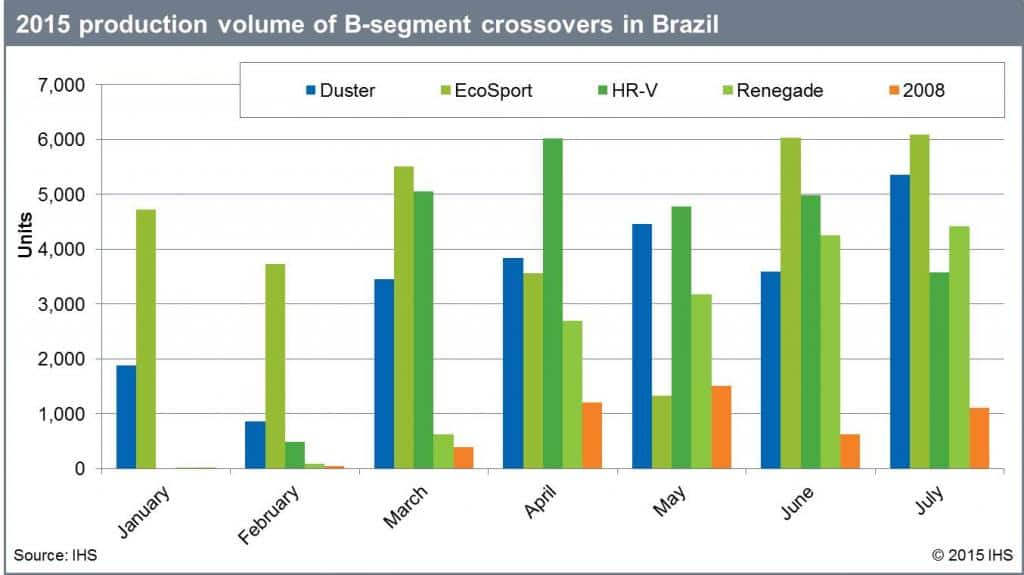 This weekend, I got the chance to drive the HR-V, which led me to some conclusions of why the crossover has been so popular:

This is not by any means consumer research, but rather just my impressions of the HR-V.

IHS Automotive forecasts that, in 2016, sales and production of the HR-V will be in the 55,000-60,000 range in Brazil. In other words, we expect it to provide even more competition to its primary rivals in the local market.