What will happen if the Islamic State loses its state?

Columb Strack, Senior Analyst, Economics & Country Risk, discusses the implications of what would happen if the Islamic State loses its state with guests on BBC Radio 4's, The Briefing Room. 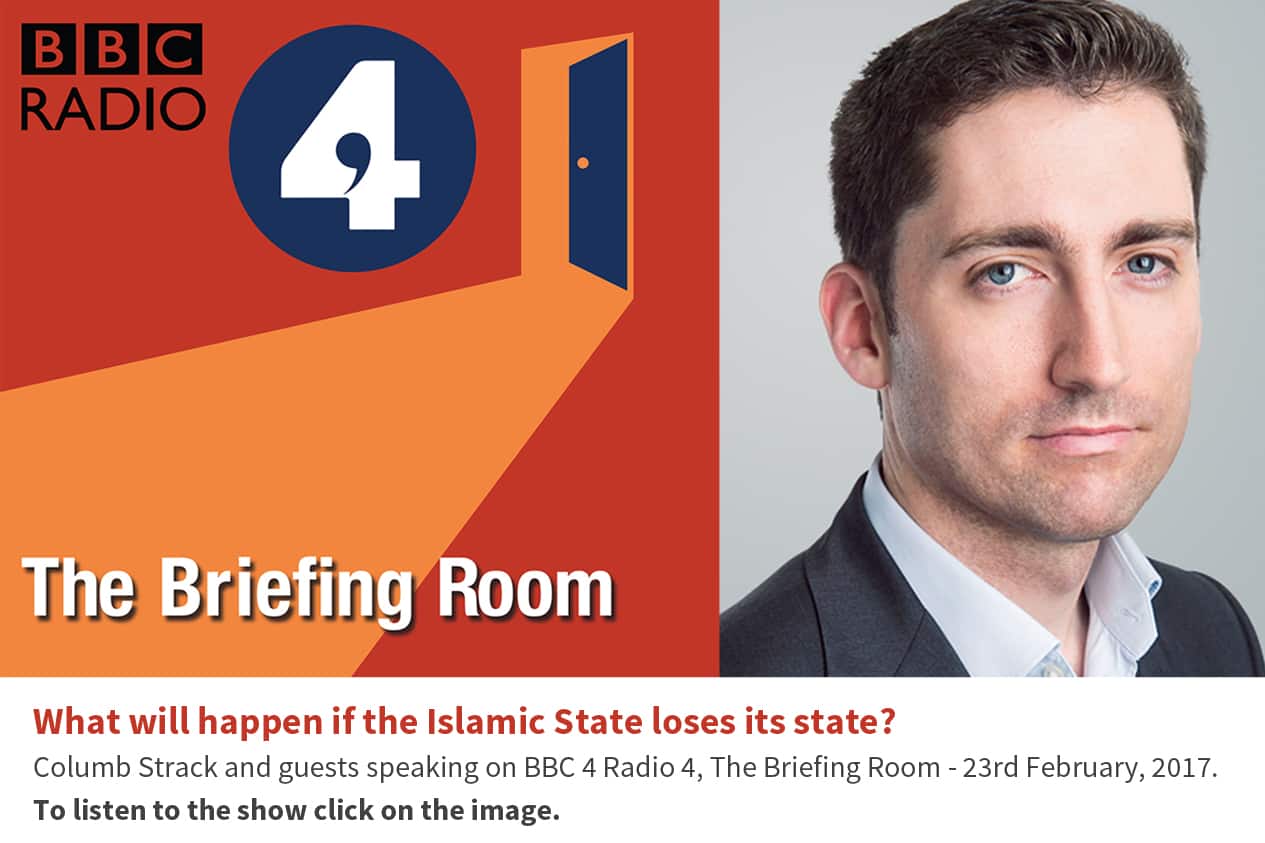 Below extract taken from BBC Radio 4, The Briefing Room.

Does IS Need a State?

The so-called Islamic State is rapidly losing territory, money and fighters in both Iraq and Syria. Iraqi government troops, supported by US and British special forces, have launched an offensive to take back the city of Mosul and an assault on the group's de facto capital city – Raqqa in Syria – is expected by the end of the year.

Can the group continue to attract jihadi fighters from around the world and inspire attacks in its name, or will it be permanently weakened by the loss of its 'caliphate'?

If so, could other terrorist organisations benefit from the vacuum it leaves behind?

David Aaronovitch speaks to a range of experts and asks - can Islamic State be defeated and if so, what happens next?