Weekly Pricing Pulse: Oil gets a boost from cuts but most commodity prices stay flat

Although currency markets saw some volatility, a series of Brexit votes in the UK Parliament was largely ignored by both equity and commodity markets last week. Our Materials Price Index (MPI) reflected this ambivalence, rising 0.4%, its first increase since mid-February, predominantly on oil price strength. 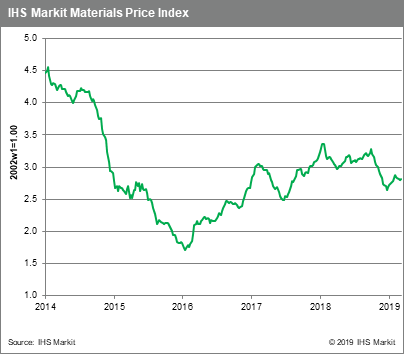 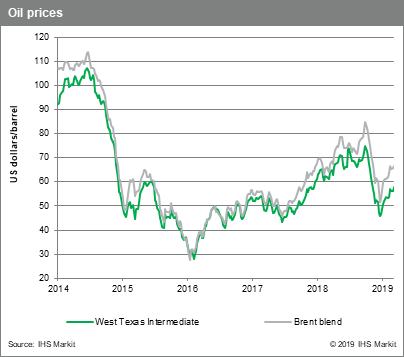 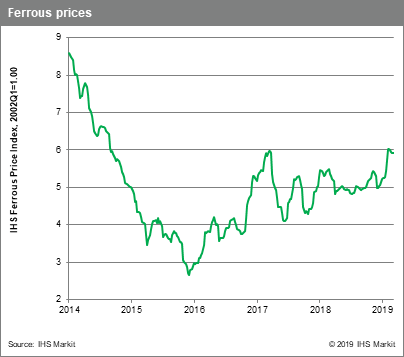 Commodity prices generally remain subdued as commodity markets weigh the economic climate. Brexit is now likely to be delayed as is a proposed Trump-Xi summit that would add clarity to US-China trade.

Fundamentals, however, continue to look lackluster, suggesting the lack of direction in prices exhibited for the past month may continue into the second quarter. 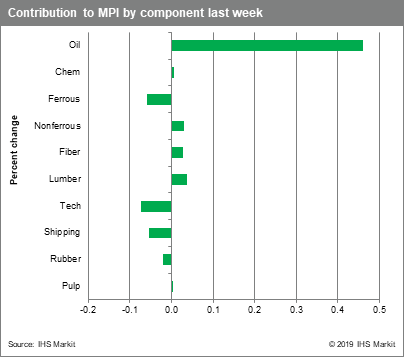 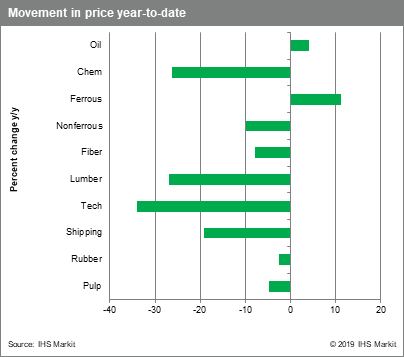