Markets underwent another whip-sawing week last week with equities, bonds and commodities all feeling the effects. Oil also had a rough week of it and was largely responsible for our Materials Price Index (MPI) dropping another 1.6%, its twelfth consecutive weekly fall. 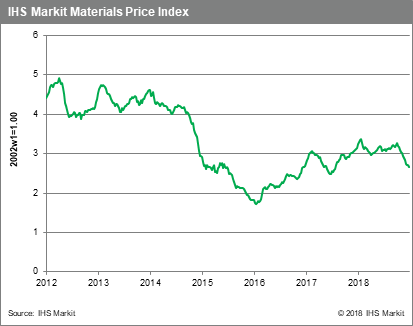 Following the bruising 6% decline in oil prices two weeks ago, oil tumbled a further 5.1% last week. Oil's second recent sell-off comes as part of a broader 'risk-off' environment where worries about global growth and trade wars are being compounded by political uncertainty. Chemical prices are seeing a direct fallout from the drop in oil, with the MPI's chemical sub-index settling down 3.4% down. Other MPI subcomponents moved in a tighter band, the biggest mover being lumber, which rose 1.6% w/w. Non-ferrous prices dipped 1.1%, led by copper, which reacted to the same 'risk off' narrative as well as fresh bearish Chinese data. 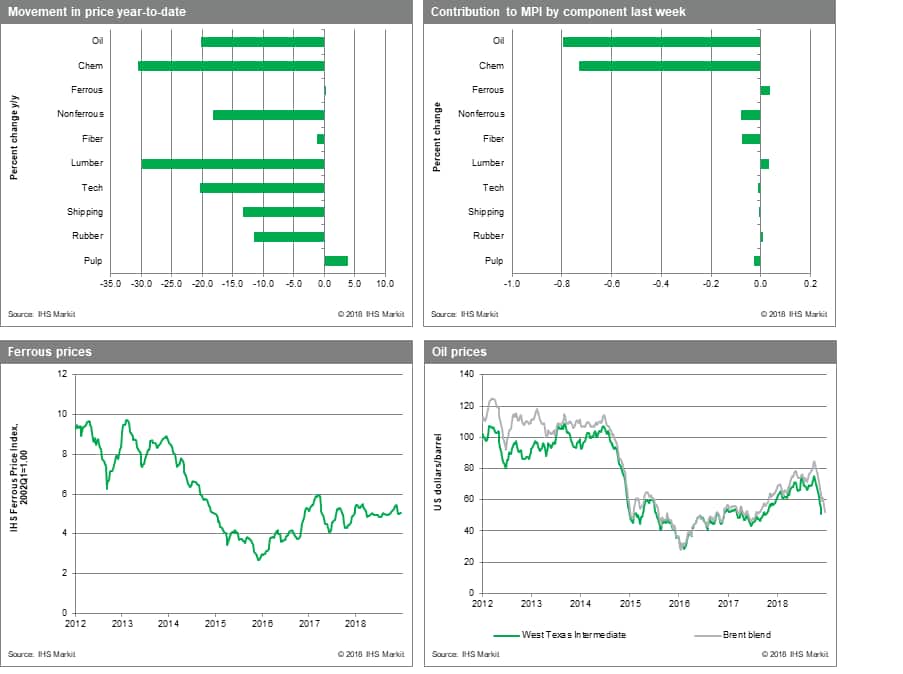 Gold, which has come alive in the past month, continued its steady upward march last week highlighting the continued uneasiness in markets. The New Year brings a renewal of the same challenges that ended 2018 - Brexit, concern about Chinese growth, and the uncertainty emanating from Washington over US trade, fiscal and monetary policy - promising continued volatility.