Our Materials Price Index (MPI) increased 0.8% last week, marking its second gain in the last 11 weeks. The rally was relatively narrow, with only five sub-indexes rising; another stayed flat. Oil and nonferrous prices were the biggest drivers lifting the MPI, increasing 4.4% and 2.8%, respectively. 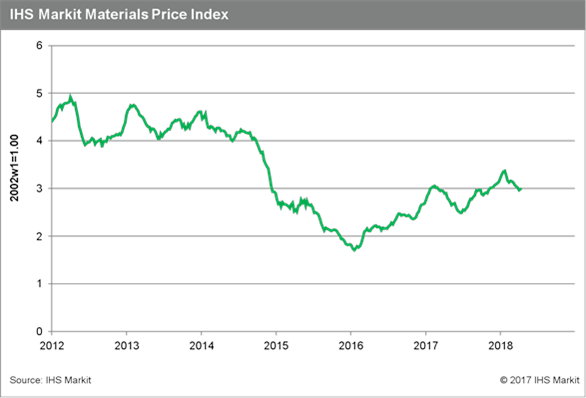 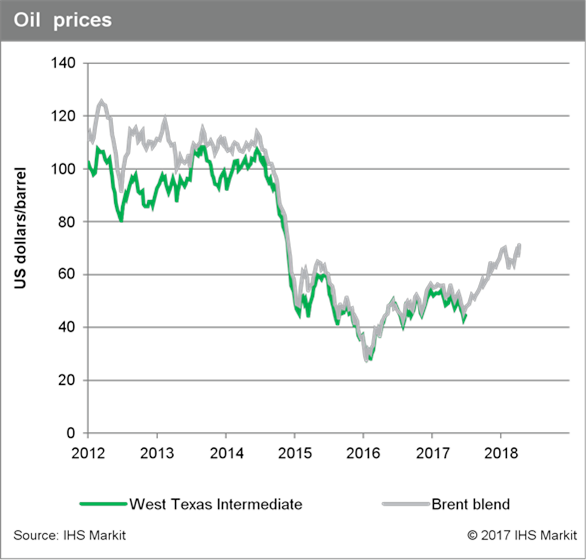 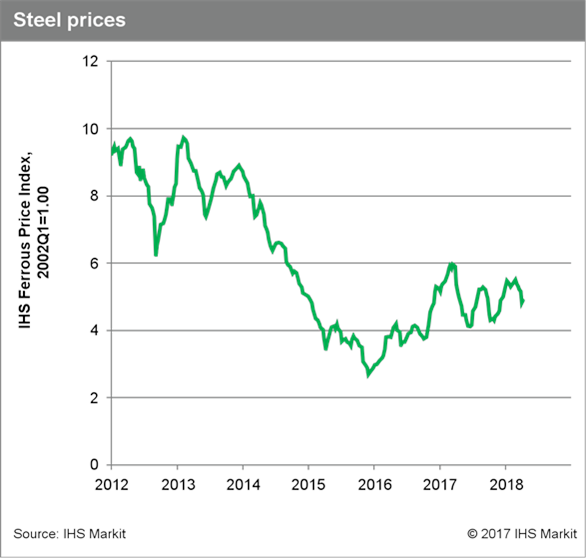 Data releases last week continued to show a global growth still on track, though perhaps with growth at or near a peak. Industrial production in the Eurozone was unexpectedly low, marking the third consecutive month in which production has slowed. In the United States, Federal Open Market Committee members indicated they intend to maintain plans to increase interest rates. Meanwhile, in China, measures of money supply growth were weaker in March, indicating tighter credit conditions; this is a key reason we see decelerating growth ahead in China. Indeed, tightening monetary conditions and slowing growth in China are main reasons we see a range-bound outlook ahead for commodity prices. Heightened risks have led to a temporary boost in some commodity prices; however, fundamentals point to a change in conditions that will make sustained commodity price increases more difficult.