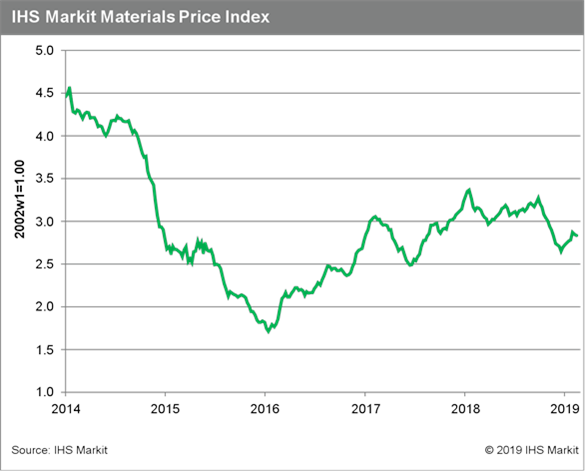 Chemicals diverged from oil prices for a second consecutive week. Even though higher oil prices are lifting chemical feedstock costs, well supplied ethylene and propylene markets have undercut prices. Freight rates faced downward pressure because of China's tightened quota on Australian coal imports, which has impacted rates for dry bulk cargoes. Oil prices followed a 1.9% gain last week with a 5.1% increase this past week. Vienna Alliance production cuts and sanctions on Venezuela have tightened the oil market even with downgrades to the demand outlook. Similarly, the effort by Thailand, Indonesia and Malaysia to curb rubber exports is lifting prices in spite of softening global auto markets. 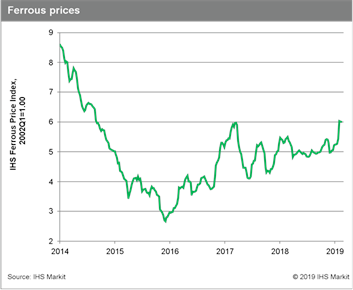 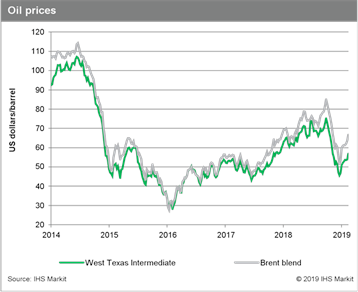 While mood in markets has been improving on optimism that the US-China trade talks will produce a settlement, fresh data continues to show a global manufacturing expansion losing momentum. Among other releases last week, US core durables goods orders fell again in December, the European Central Bank downgraded its near-term growth assessment for the Eurozone, and the Nikkei flash manufacturing PMI for Japan fell to a 32-month low. Market volatility has fallen since the start of the year, though this relative calm is likely to be tested at some point this spring given the on-going clash between sentiment and fundamentals. 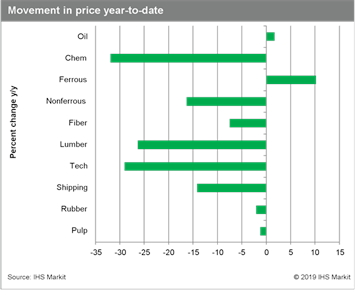 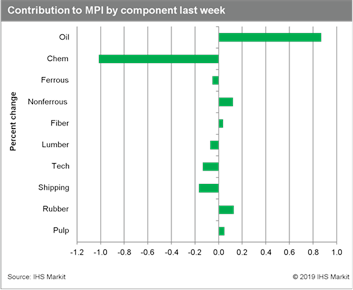 This week's post was co-authored by Thomas McCartin, Senior Economist Pricing and Purchasing

Posted 27 February 2019 by William May, Senior Economist Pricing and Purchasing IHS Markit and