Our Materials Price Index (MPI) fell 0.4% last week, its fifth consecutive decline. Declines were not universal with six out of the MPI's ten subcomponents down. Notwithstanding their recent consolidation, commodity prices as measured by the MPI are still up 20% since the beginning of 2021. 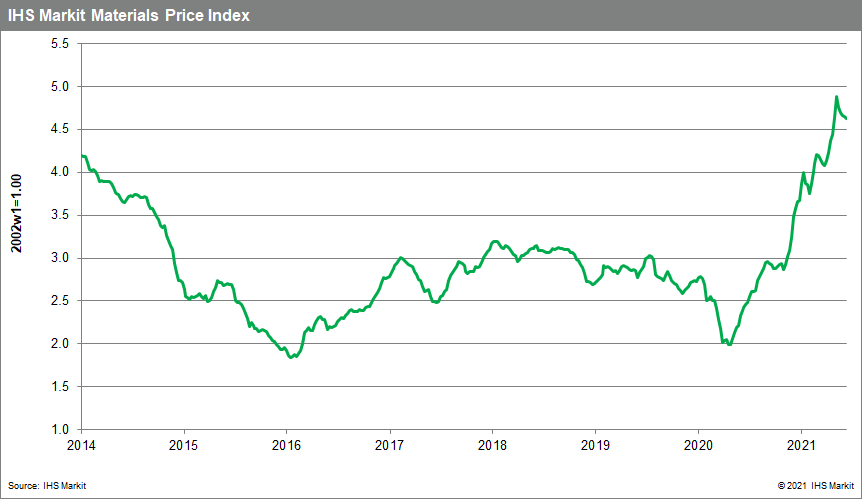 Lumber prices were the largest contributor to last week's downward move. The lumber index fell by 16.7%, one of the largest weekly declines ever recorded. Lumber prices have retreated to $875 per thousand board feet from $1,686 in early May. This decline is attributed to homeowners delaying renovation because of soaring lumber prices and the economy reopening shifting focus away from home improvements. Nevertheless, prices still have room to fall with current levels around three times the historical average. Nonferrous metals were another notable faller last week, with the index down 1.9%. All metals in the index declined with copper and nickel seeing the largest drops. Copper prices fell 3.7% to $9,206 per tonne having been as high as $10,724 per tonne last month. Nickel prices fell to $17,287 per tonne, a 1.5% weekly decline. Industrial metal prices were sent lower after an announcement by the Chinese National Food and Strategic Reserves Administration to release inventory from the country's strategic stockpile to combat high prices. It is the latest in a series of interventions by Chinese authorities to ease the commodity price inflation that has squeezed profit margins for domestic manufacturers. 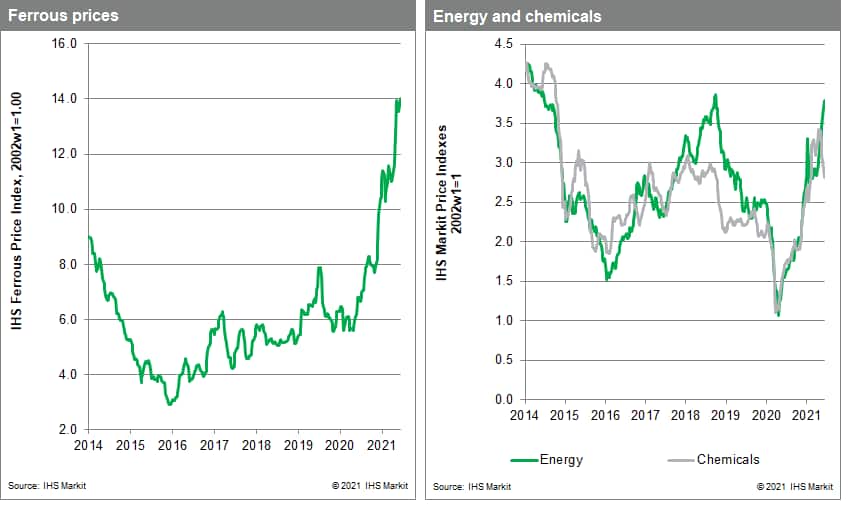 It was a volatile week for equity, commodity and currency markets, with equities enduring their worst performance in almost four months. The US dollar, in contrast, had its best week in months. The realignment in markets was triggered by a slightly more hawkish stance by the US Federal Reserve (i.e., at some point soon it would begin discussing tapering asset purchases, while interest rate increases will now begin in 2023 not 2024). The prospect of inflation controlling measures starting sooner sparked a broad sell off in commodity markets. Commodities are often used as a hedge against inflation so market expectations of lower inflation in the future and a higher US dollar reduced buyer interest. To be sure, commodity prices remain elevated but improved supply conditions, buyer resistance and weaker investor sentiment means a price correction is now underway. Expect prices to collectively record a modest decline over the rest of the year. Semiconductors are likely to be an exception, while cracks in finished steel prices will be an affirmation that the year-long rally in commodities is finally over. 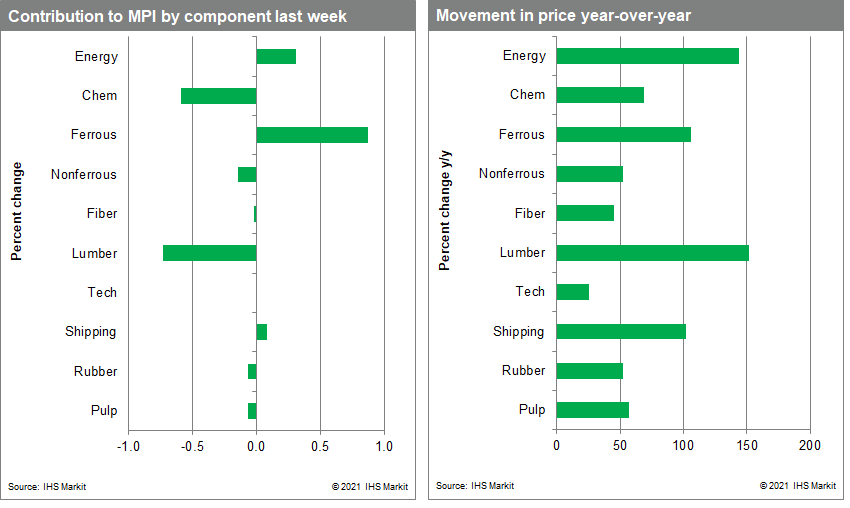 Engineering and construction costs increased again in September, according to IHS Markit, now part of @SPGlobal, an… https://t.co/Csey5626IY

"September's fall in #inflation is certainly good news, although it is too early to claim victory as stress in the… https://t.co/ZKYGO8z5bx