CDX-NAIG closed at 52bps and CDX-NAHY 302bps, which is flat and +2bps week-over-week, respectively. 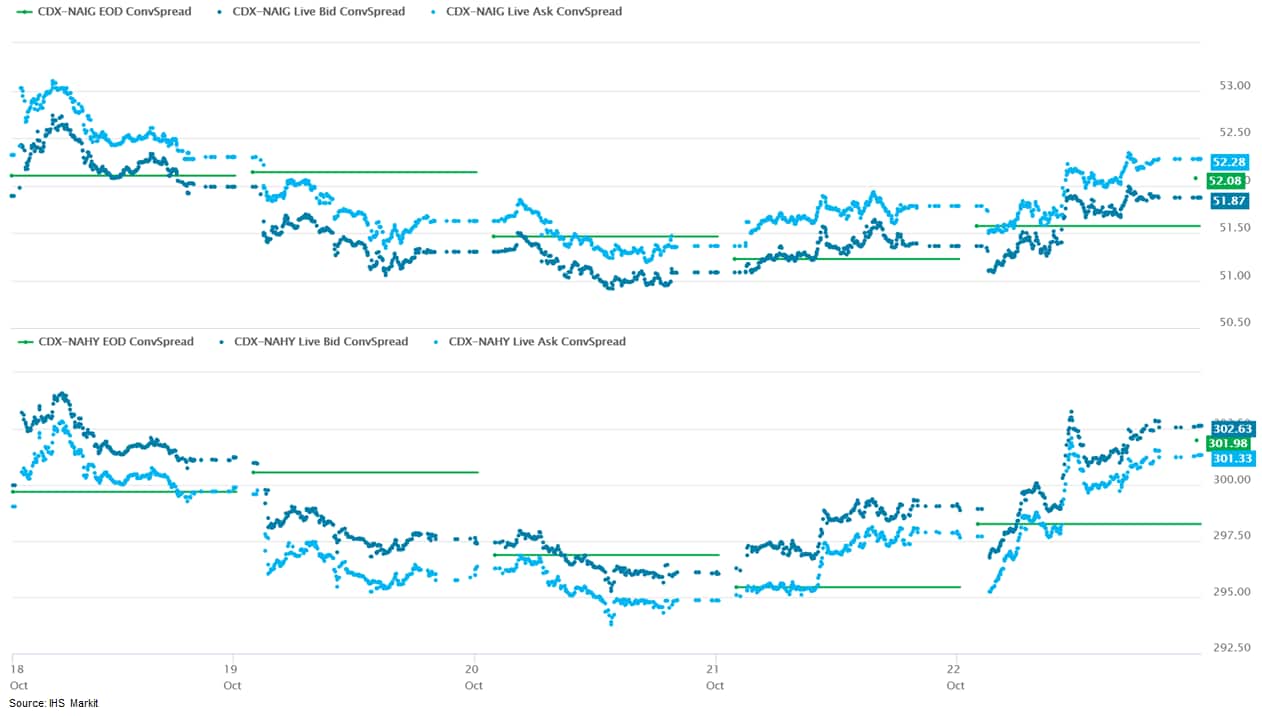 iTraxx-Europe closed 50bps and iTraxx-Xover 260bps, which is flat and +4bps week-over-week, respectively. 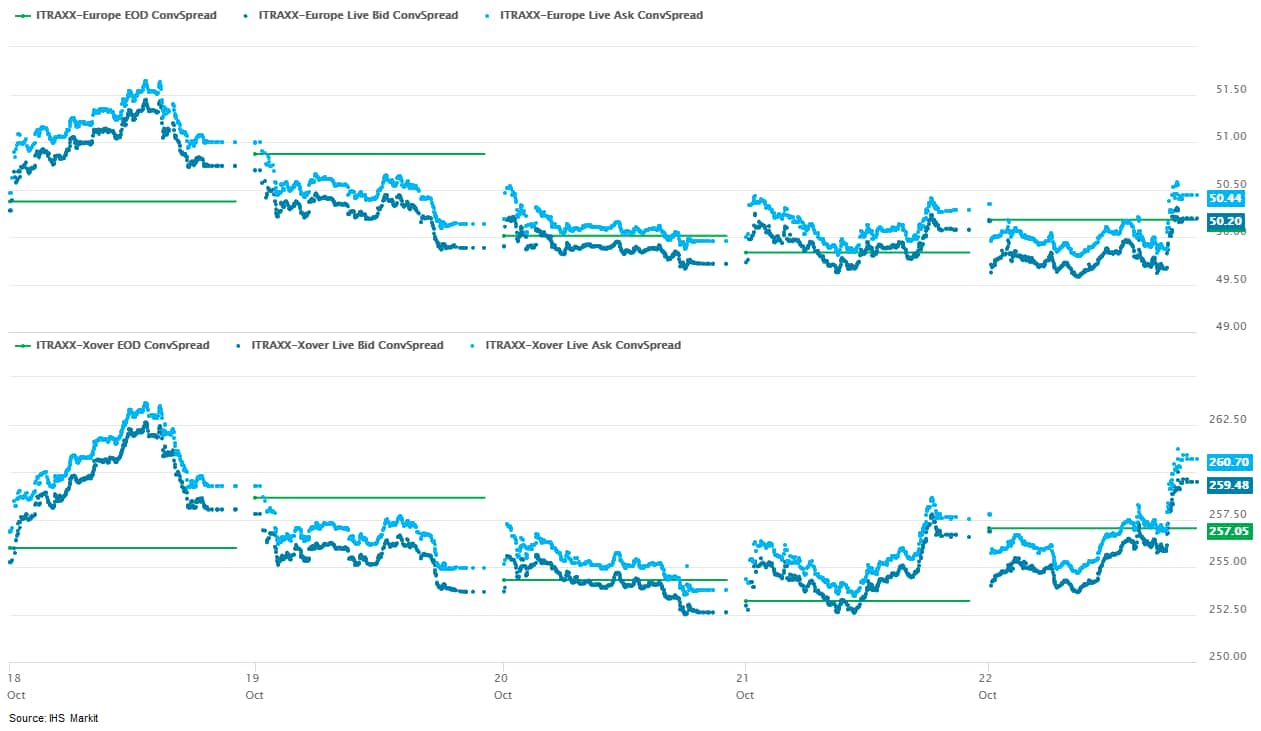 Report not published on Thursday, October 21