CDX-NAIG closed 57bps and CDX-NAHY 325bps, which is +5bps and +25bps week-over-week, respectively. 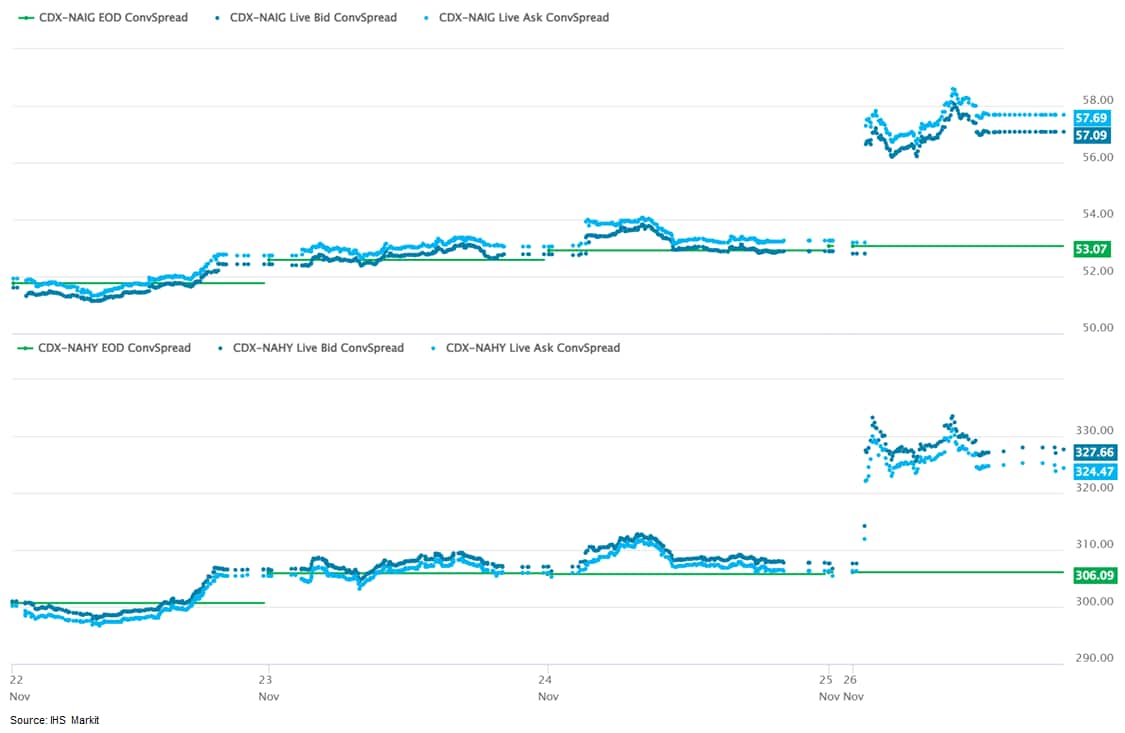 iTraxx-Europe closed 58bps and iTraxx-Xover 291bps, which is +8bps and +39bps week-over-week, respectively. 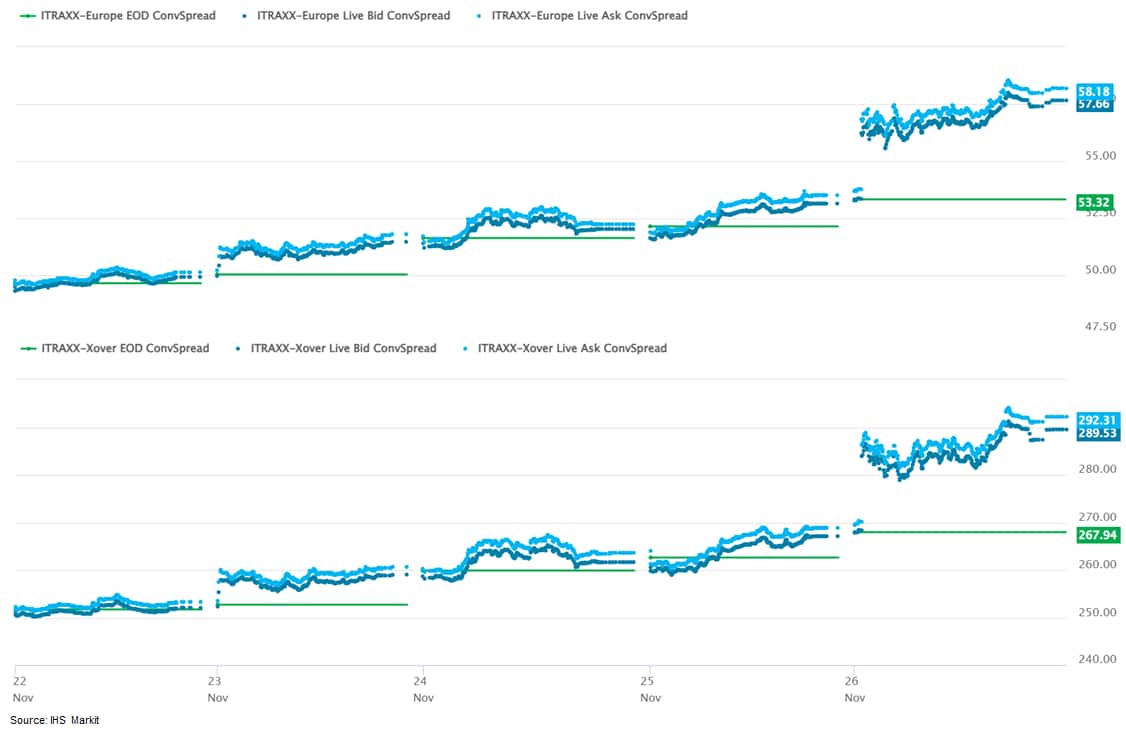 US Markets closed for Thanksgiving Holiday