CDX-NAIG closed 51bps and CDX-NAHY 296bps, which is +3bps and +8bps week-over-week, respectively. 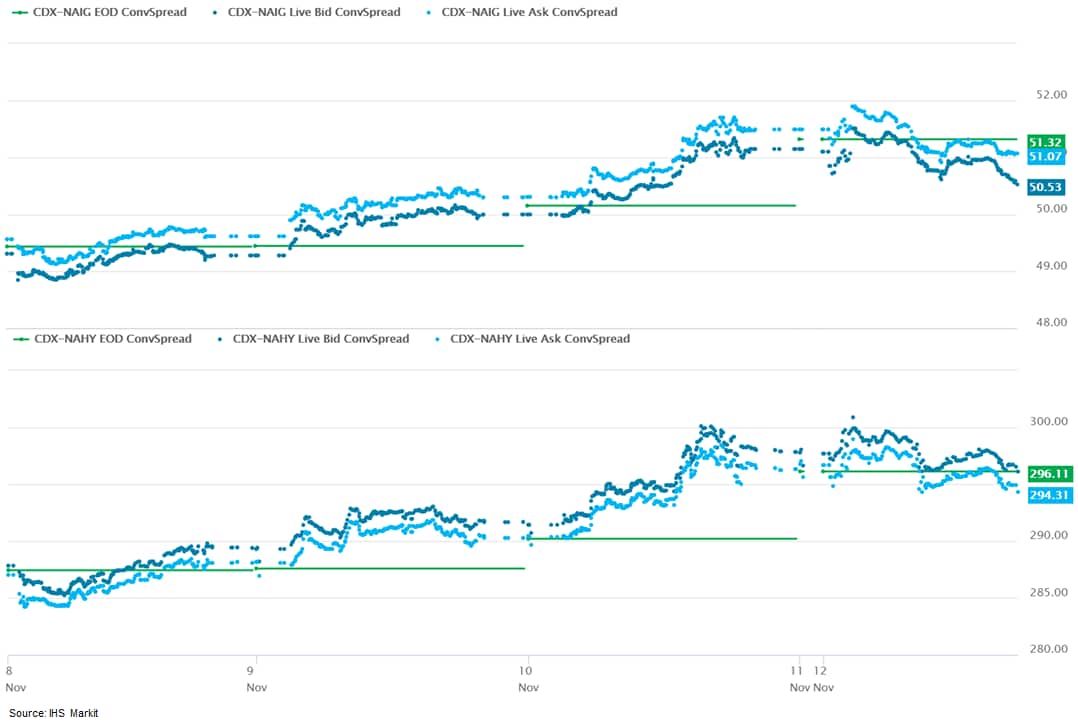 iTraxx-Europe closed 49bps and iTraxx-Xover 249bps, which is +1bp and +6bps week-over-week, respectively. 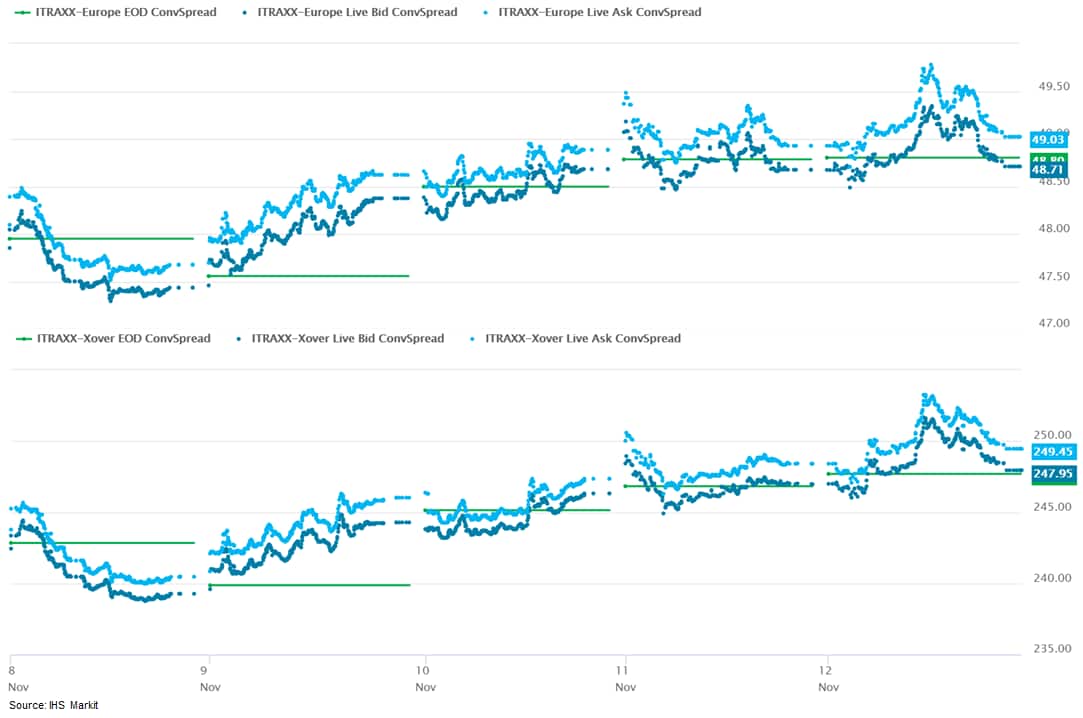