All major European equity indices closed higher on the week, major US indices were all lower, and APAC markets were mixed. US and benchmark European government bonds closed sharply lower on the week. European iTraxx and CDX-NA closed wider on the week across IG and high yield. Oil and natural gas closed higher, while the US dollar, gold, silver, and copper were lower week-over-week.

CDX-NAIG closed 53bps and CDX-NAHY 309bps, which is +3bps and +17bps week-over-week, respectively. 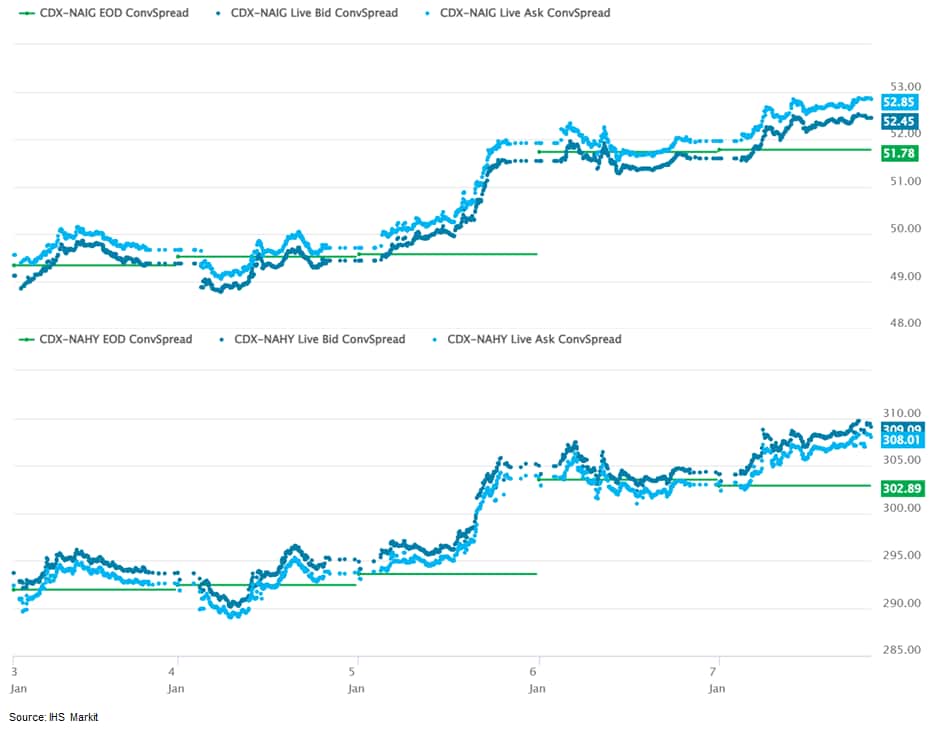 iTraxx-Europe closed 51bps and iTraxx-Xover 253bps, which is +3bps and +11bps week-over-week, respectively. 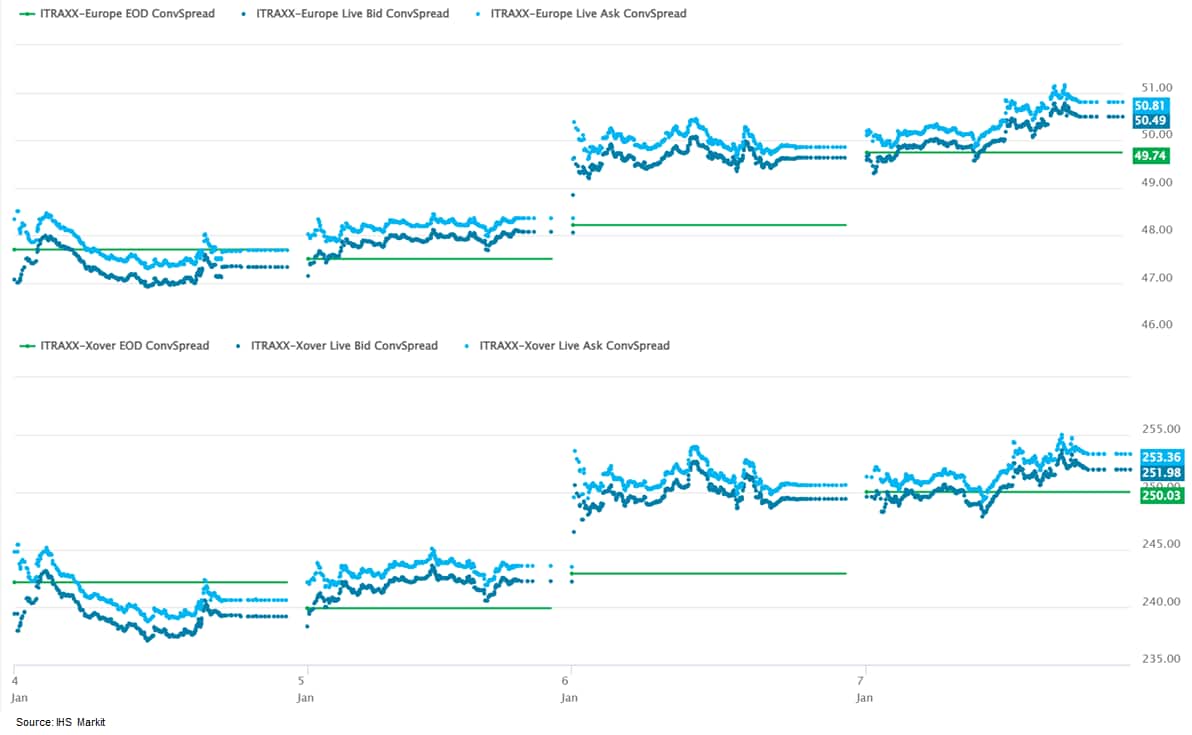