Major APAC and European equity indices closed mixed on the week, while all major US indices were lower. US and benchmark European government bonds closed higher on the week. CDX-NA closed slightly wider on the week across IG and high yield, while iTraxx-Europe was flat and iTraxx-Xover was tighter week-over-week. The US dollar closed higher, while natural gas, oil, gold, silver, and copper were lower week-over-week.

CDX-NAIG closed 59bps and CDX-NAHY 329bps, which is +1bp and +4bps week-over-week, respectively. 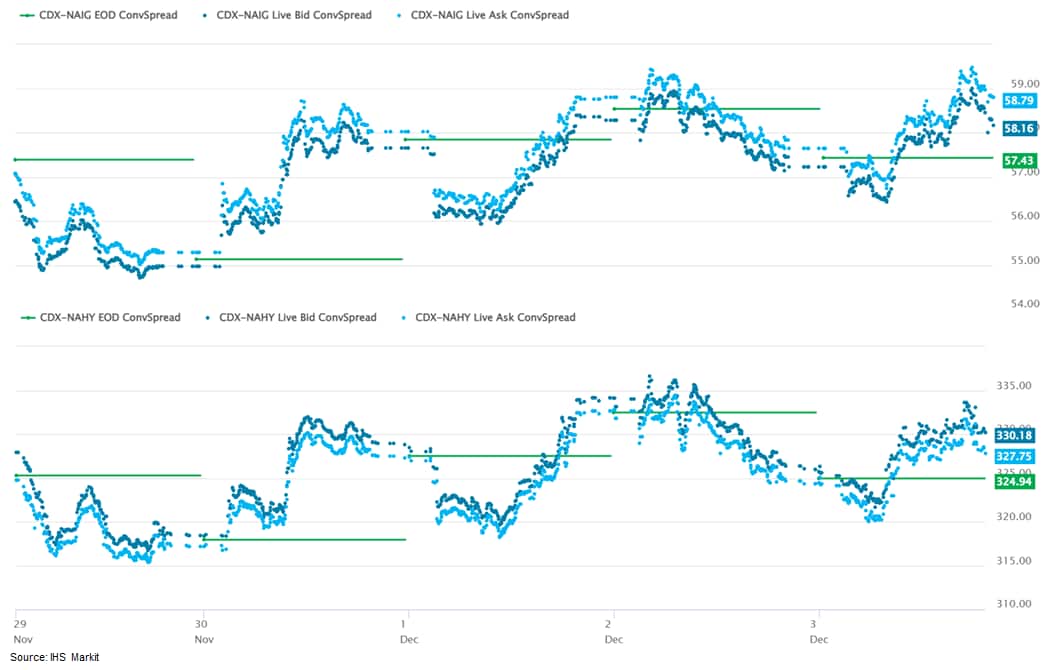 iTraxx-Europe closed 58bps and iTraxx-Xover 282bps, which is flat and -9bps week-over-week, respectively. 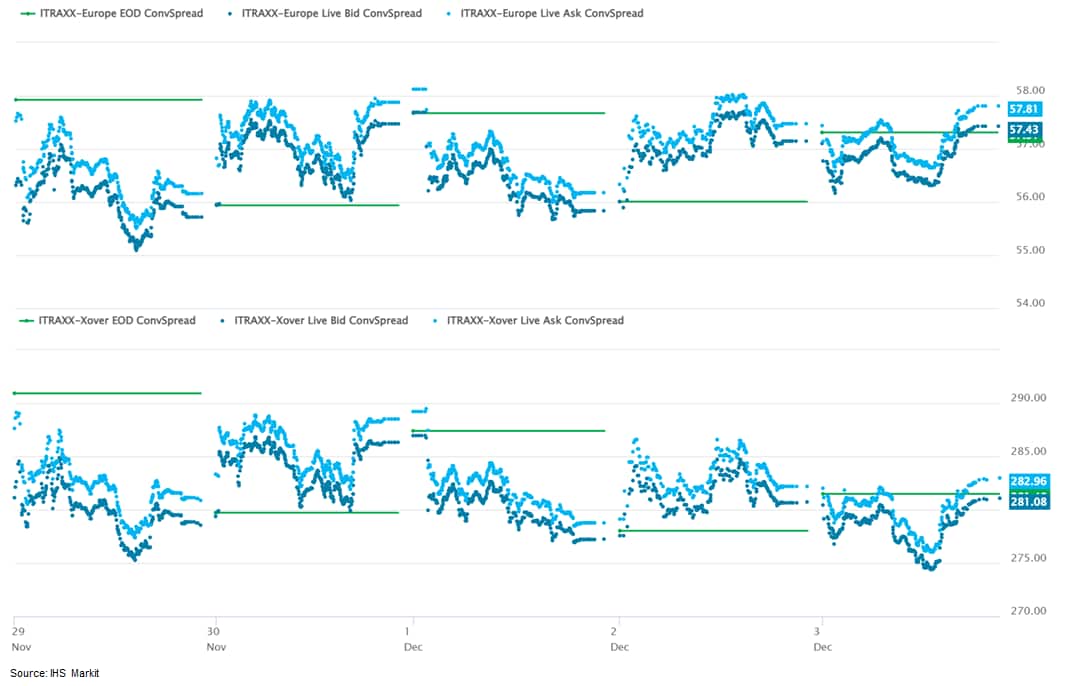 Report was not published on Thursday, December 2, 2021