CDX-NAIG closed 50bps and CDX-NAHY 292bps, which is -3bps and -16bps week-over-week, respectively. 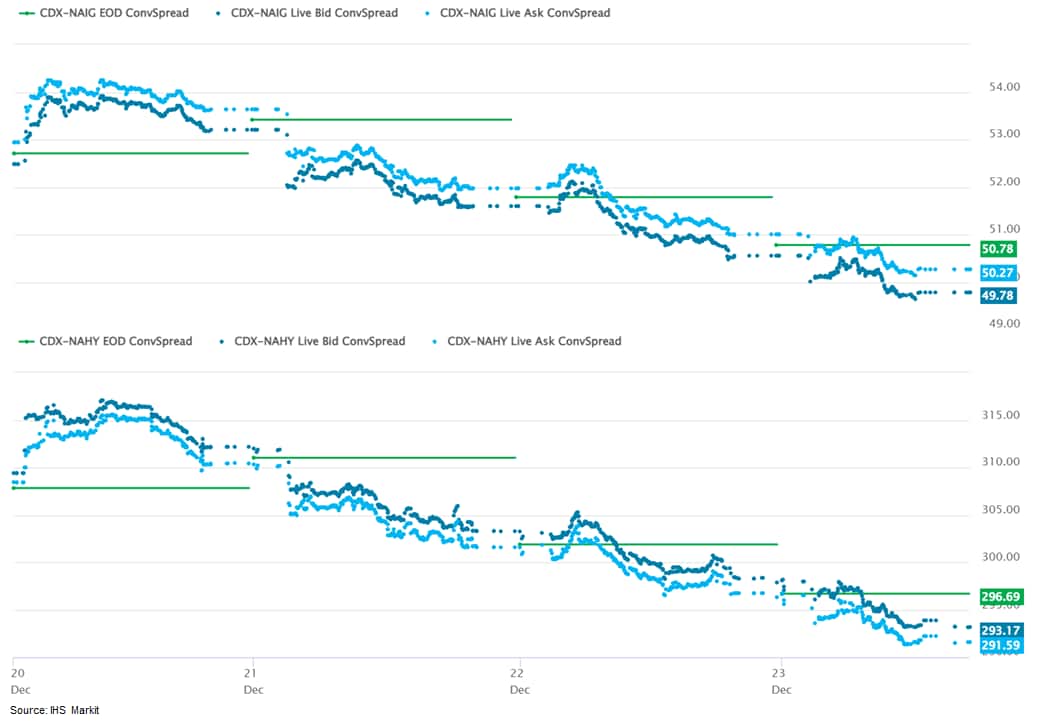 iTraxx-Europe closed 48bps and iTraxx-Xover 244bps, which is -2bps and -10bps week-over-week, respectively. 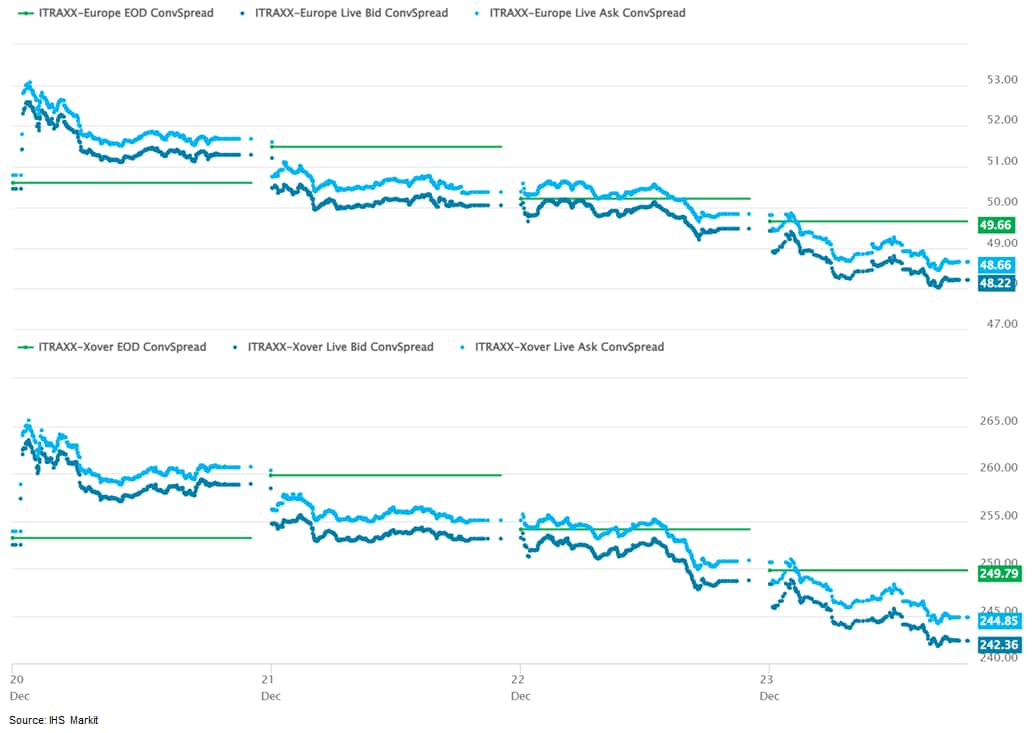 Report was not published on Tuesday, December 21, 2021

Report was not published on Friday, December 24, 2021 in observance of the Christmas holiday