CDX-NAIG closed 53bps and CDX-NAHY 306bps, which is -5bps and -23bps week-over-week, respectively. 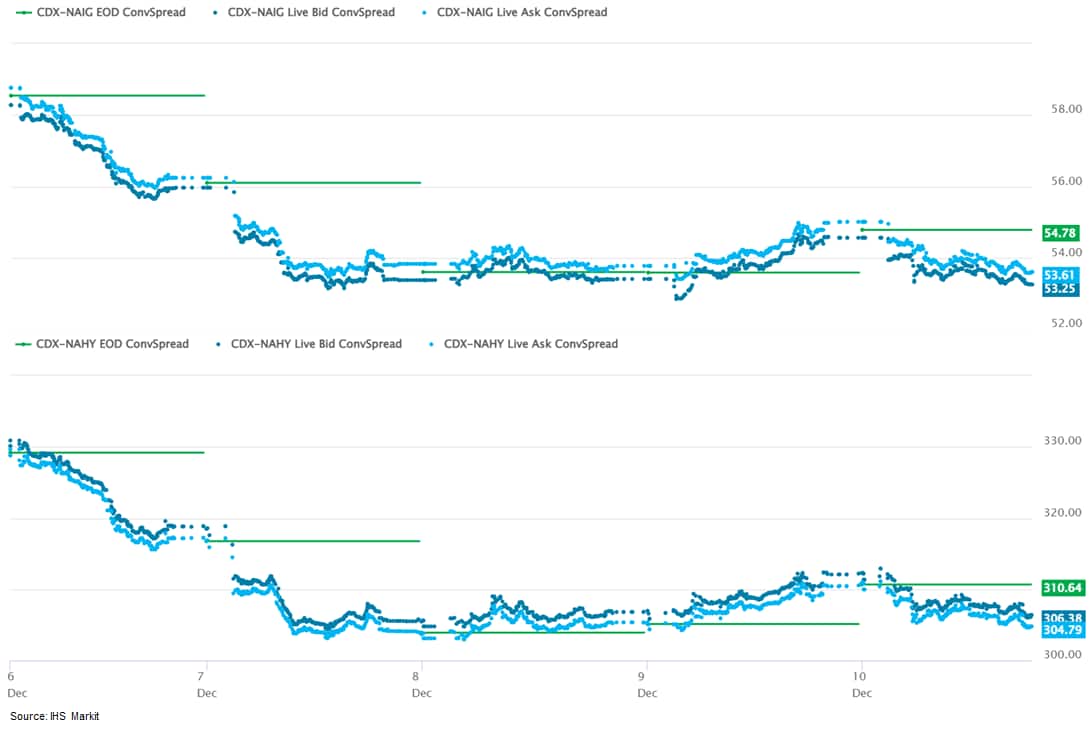 iTraxx-Europe closed 53bps and iTraxx-Xover 260bps, which is -5bps and -22bps week-over-week, respectively. 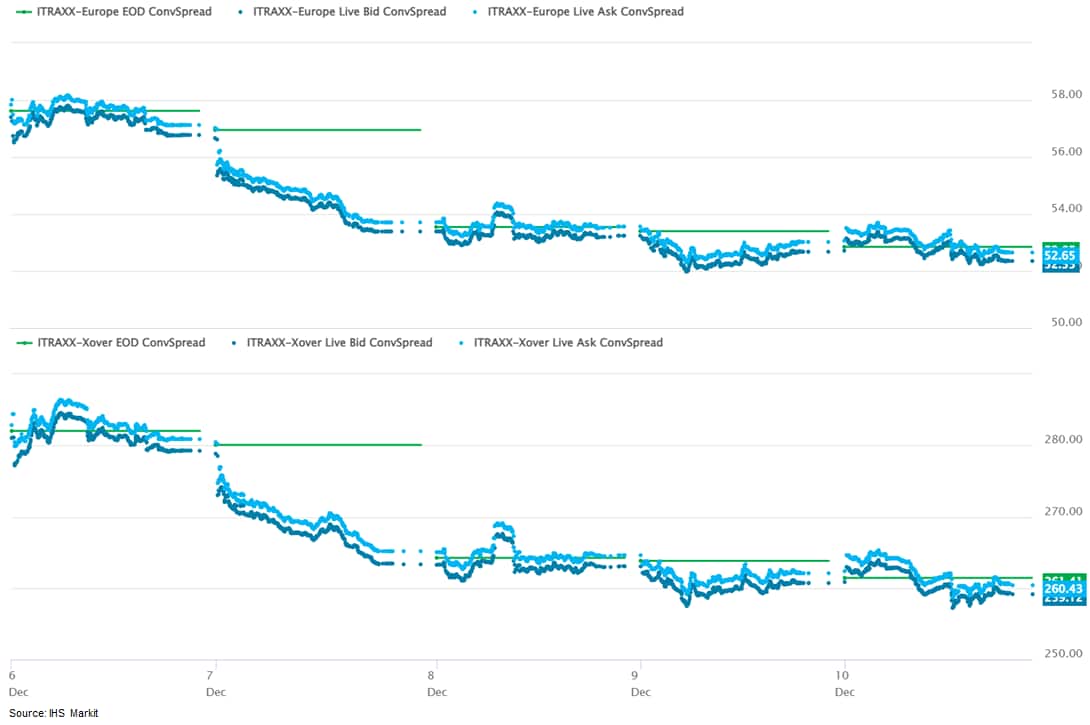