The coming week sees the FOMC minutes and updated estimates to GDP for the US, Italy and France, as well as the Euro area's flash inflation numbers. In Asia, Japan releases a batch of key data including the flash Nikkei manufacturing PMI while the NBS publishes its PMI for China. First estimates of GDP data are also updated for India and Brazil alongside second estimates for France and Italy.

A quiet week for UK data features mortgage lending and approvals, which are expected to show the housing market struggling amid growing Brexit uncertainty. UK-EU deal developments will of course continue to dominate the European markets.

US FOMC minutes and GDP

Updated figures on the health of the US economy in the third quarter are expected to confirm that the economy enjoyed a spell of robust growth of 3.5%, which surveys indicate has persisted into the final quarter of the year, albeit with momentum slowing to 2.5%. Core PCE price pressures are meanwhile also expected to have held at 1.6%, though the survey suggest there may be some upside in coming months.

Similar, the FOMC minutes are expected to confirm that policymakers remain set on hiking US interest rates at a steady pace of once per quarter, though the notes will be scoured for concerns over trade wars and the impact of tariffs on both growth and prices. 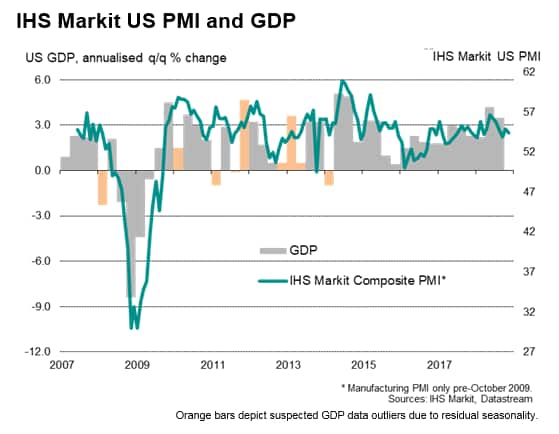 The Japan flash Nikkei manufacturing PMI will help to shed light on whether the goods producing sector has picked up momentum in the fourth quarter, or whether trade worries have dampened growth. The PMI release will be followed by official industrial production, housing starts, retail sales, consumer confidence and unemployment data, all of which are expected to collectively show that Japan's third quarter downturn will have been temporary.

China profits and PMI under scrutiny

With China-watchers concerned over trade war impact, the publication of profits data and the government-sponsored NBS manufacturing PMI will be scoured for fresh clues as to fourth quarter trends. IHS Markit's recent Business Outlook survey revealed that corporate optimism about the year ahead had sunk to its lowest since 2009, dropping especially sharply in manufacturing. Trade wars were the most commonly cited threat to the outlook. The NBS Manufacturing PMI had meanwhile dropped to 50.2 in October, edging closer to the 50.0 no change mark.

As the ECB looks poised to recognise renewed downside risks to the growth outlook, the flash inflation estimates for the euro area will add to market views on the extent to which the central bank might adjust its policy guidance. Some slight upturn in core pressures is widely expected, though the headline rate could fall back from 2.2% to 2.1%. GDP updates to Spain and Italy are meanwhile expected to confirm the region's disappointing third quarter growth performance. 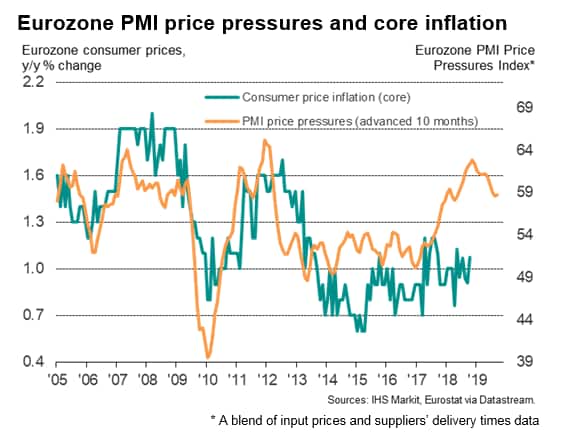 Diverging trends in Brazil and India

Brazil's economy is expected to have rebounded in the third quarter, growing by 0.8% after a 0.2% rise in the second quarter as the recovery gains traction. However, Nikkei PMI data hint at some moderation of GDP growth in India. We expect to see the growth rate slipping from 8.2% to 7.6%. 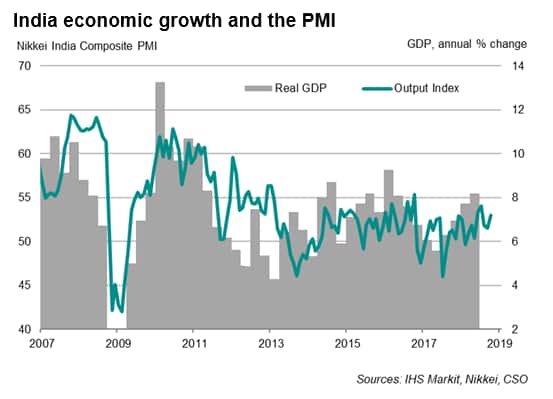 Download the article for a full diary of key economic releases