Comparisons of US regional business surveys, the ISM and IHS Markit PMI

There is an array of manufacturing business surveys published, designed to give early insights into the health of the goods-producing economy, but only the IHS Markit PMI accurately anticipated the downturn in factory output recorded in the first quarter of 2019. The IHS Markit survey has consistently beaten its rivals in recent years due to its unmatched coverage of the national manufacturing economy. 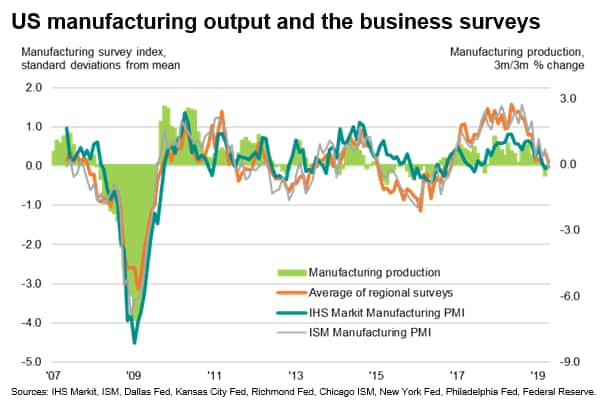 To gain an insight into the track record of the manufacturing business surveys in terms of their ability to accurately anticipate actual official factory production data (as calculated by the Federal Reserve), we look at how the survey indicators correlate with both the three-month-on-three-month and annual rates of change in the official data.

We analyse the following headline indices from the surveys:

The latter six regional surveys are also aggregated together to form a single index, using a simple arithmetic mean. 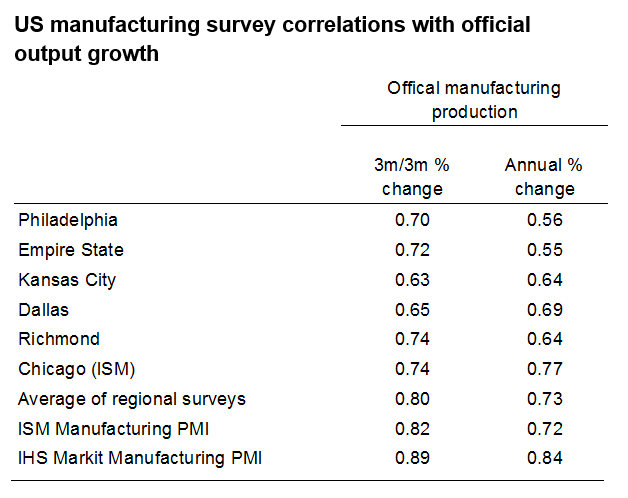 When looking at the relationships with the annual rate of change in the official data, the highest correlation is again achieved by the IHS Markit PMI at 0.84, followed by the Chicago ISM at 0.77.

Lower correlations are observed across the board with month-on-month changes due to the high volatility of the official data (see section 'Comparing with official growth rates' at the end of this report).

Charting the data highlights how the ISM and the aggregated regional surveys correlate closely, but that both overstated actual manufacturing growth for much of late 2016- to late 2018, an overstatement which is not observed in the IHS Markit data. Research by Macroeconomic Advisers in fact finds evidence of a structural break in the ISM relationship with the official data, which appears to be replicated in the regional surveys (but not seen in the IHS Markit data). 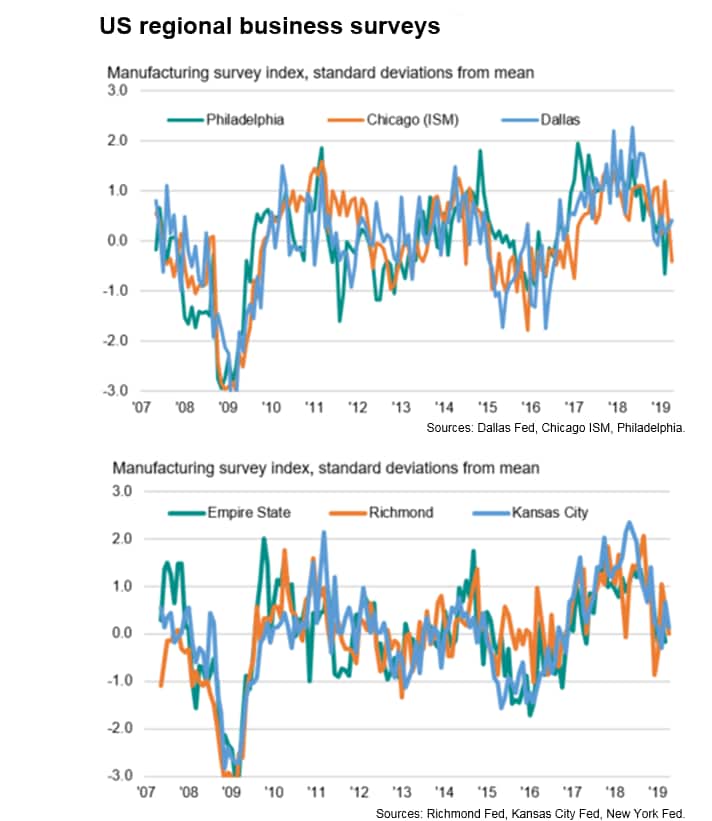 Recent months have, however, seen the surveys all come into line, having fallen from robust levels last year, albeit with the IHS Markit PMI falling further from its long-run average than both the ISM and regional survey average. The IHS Markit PMI was consequently alone in accurately predicting the decline in output registered by the official data in the first quarter of 2019. The 0.5% decline was the first recorded by the official numbers since the third quarter of 2017, which was also the last time that the IHS Markit PMI had indicated a downturn.

To calculate the implied rate of change in the official data we use a simple OLS regression model which uses the IHS Markit PMI's output index as the sole explanatory variable of the three-month change in manufacturing production. The implied decline in output in March was -0.6%, easing to -0.3% in April.

The April IHS Markit survey data therefore hint at the manufacturing downturn extending into the start of the second quarter, albeit with the rate of decline slowing. May's flash PMI numbers are published on 23rd May, and will provide further insight into second quarter performance.

Meanwhile, this analysis suggests some caution should be used in using survey data: the regional surveys can be collectively used as a useful guide to the ISM survey numbers, but cannot be used to predict the IHS Markit PMI numbers. However, the evidence also suggests that neither can the ISM or regional surveys be used to accurately predict the official data. For that, the IHS Markit numbers have developed the strongest track record, and are fortunately among the earliest published each month: flash PMI data are issued approximately one week before the end of each month, with data relating to business conditions in that month.

The cause of the divergence of the business surveys in recent years is not clear, though the out-performance of the IHS Markit and ISM survey relative to the regional surveys is likely a consequence of the ISM and IHS Markit surveys covering national manufacturing rather than specific regions.

The IHS Markit survey is also the only survey to incorporate a national weighting system for its survey responses based on company size and sector contribution to total manufacturing output, ensuring each company's response contributes appropriately to the survey index each month. 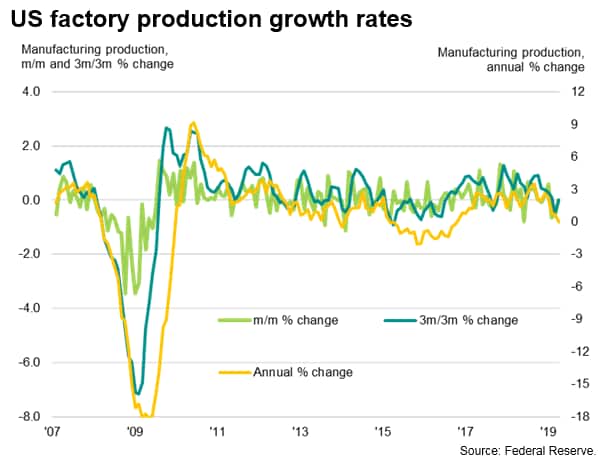