The flash PMI surveys produced by IHS Markit indicate that the US economy started the second quarter with its slowest expansion since mid-2016. April saw an entrenched weakness spread from manufacturing to services, with the latter reporting its smallest monthly rise in activity for two years. Price pressures meanwhile sank to a two-and-a-half year low and hiring hit a two-year lull amid growing gloom about the outlook.

At 52.8 in April, down from 54.6 in March, the headline IHS Markit Flash PMI Output Index signalled the smallest rise in overall private sector activity since September 2016. 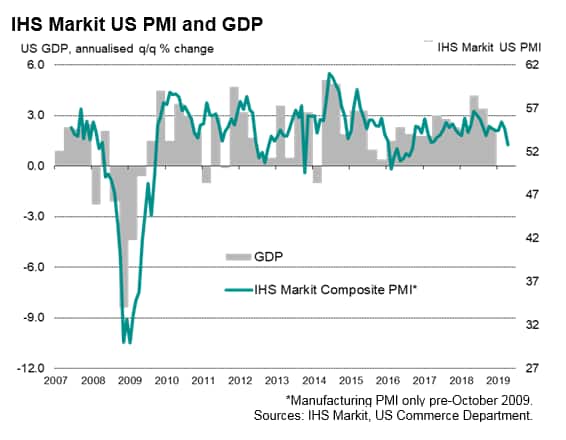 The slower overall increase in output was driven by widespread reports of softer demand conditions, with new orders growth easing for the second month running in April to the weakest for two years.

Having indicated an annualised GDP growth rate of approximately 2.5% in the first quarter, similar to that signalled for the fourth quarter of last year, the April survey implies that the rate of economic growth has slowed to 1.9% at the start of the second quarter.

The manufacturing sector remained the weakest part of the economy. Although the survey's output index ticked higher, it is still running at an historically subdued level consistent with the official manufacturing production data remaining in contraction at the start of the second quarter. The factory malaise in April therefore extends a downturn in the first quarter that had been correctly indicated by the survey. 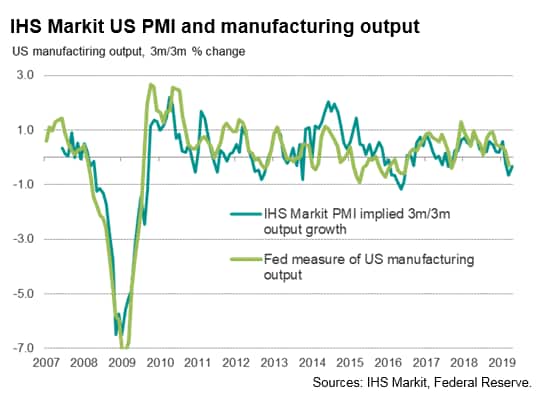 A major contrast in April to the first quarter was a marked slowing of growth in the service sector, highlighting how the slowdown has now spread beyond the factory sector. The flash services PMI business activity index fell to 52.9 in April, down from 55.3 in March and its lowest since March 2017. 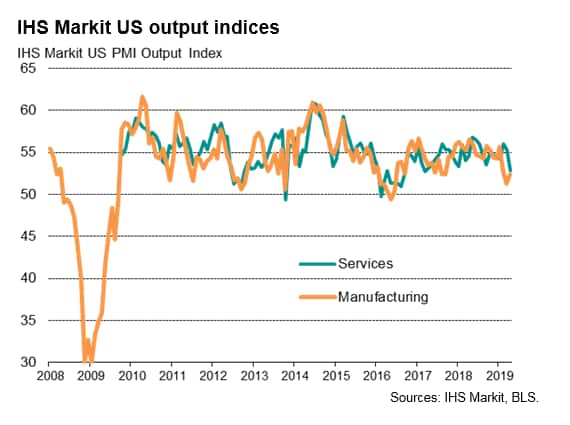 Cost pressures meanwhile remained subdued, with the rate of input price inflation across the private sector easing to the lowest since September 2016.

The drop in the surveys input price gauge suggests that inflationary pressures continued to moderate. The composite input price index covering both goods and services has a strong correlation with future CPI and PCE inflation rates, and signals that both annual consumer price and PCE inflation could drop below 1% in coming months as pricing power fades alongside weaker demand. 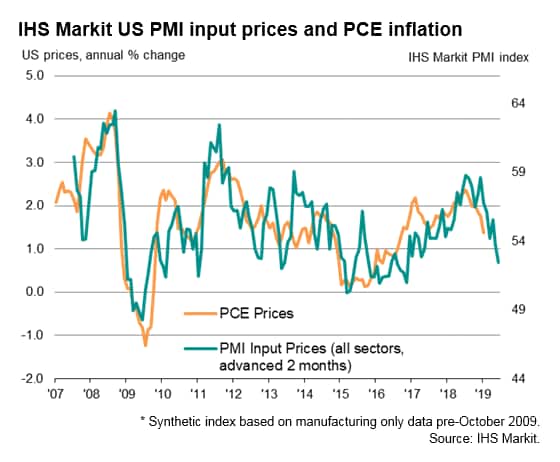 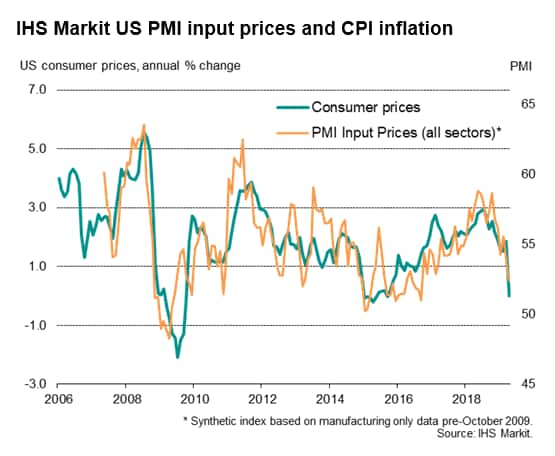 The reduced inflow of new work meant firms reported less strain on capacity, putting a foot on the break for staff hiring. Employment across the combined manufacturing and service sectors rose at the slowest rate for two years. The survey's headline employment index is indicative of non-farm payrolls growing by 130,000 in April, well below the 198,000 average indicated in the first quarter. 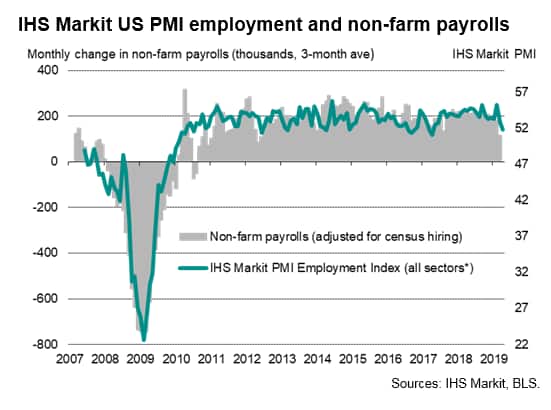 Expectations towards output growth over the coming year were also toned down in April. Companies' expectations of future growth slid to one of the lowest seen since comparable data were first collected in 2012. Only mid-2016 has seen gloomier business prospects.

While the overall rate of growth and job creation being signalled remain relatively solid, the drop in optimism and weakness of order books means the slowdown likely has further to run.