The July flash PMI survey data indicated that the US economy sustained strong growth momentum after what looks to have been a solid second quarter, representing a good start to the second half of 2018.

Although down from 56.2 in June, the July flash PMI reading of 55.9 (covering both manufacturing and services) was in line with the average for the second quarter and indicative of the economy growing at an annualised rate of approximately 3%.

The survey has a good track record of predicting GDP, with the noteworthy qualification that the PMI is less volatile in the first half of the year, not suffering the repeated seasonal dips in the first quarter as can be seen in the official GDP numbers. While the PMI indicated a modest start to the year, growth accelerated into the second quarter and has sustained a robust pace in July. 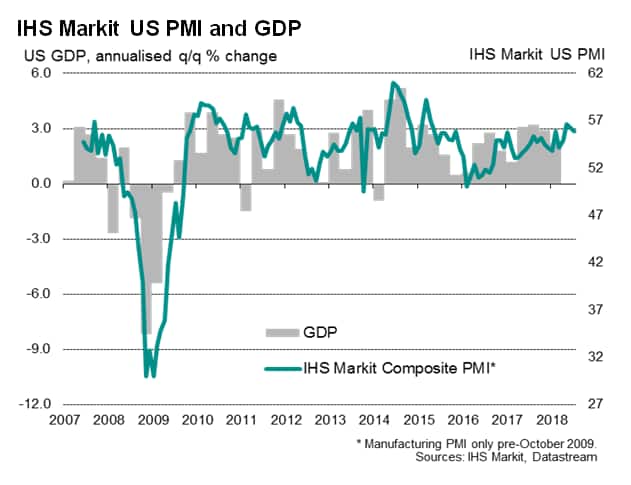 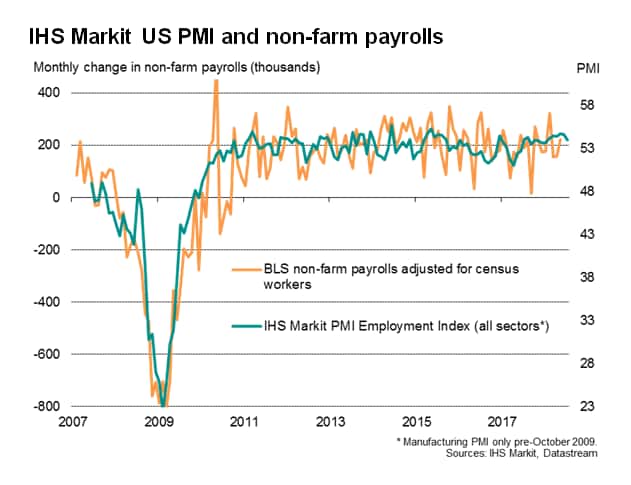 The weakness of the export trend follows indications that trade frictions have clearly become a major cause of concern, especially among manufacturers, as highlighted in our recent business outlook survey. Some 16% of firms explicitly cited tariffs as a threat to business, with a further 17% reporting worries relating to the impact of rising input costs or raw material prices, often in turn linked to tariffs and trade wars.

July saw the steepest rise in prices charged for goods and services yet recorded by the surveys as firms passed rising costs on to customers, in turn frequently linked to tariffs. What's more, supply chain delays hit a record high amid rising shortages of key inputs, which is usually a harbinger of further price rises.

Historical comparisons with official consumer price data suggest that the July rise in the PMI survey's output price index is consistent with inflation picking up further at the start of the third quarter, having already reached 2.9% in June. 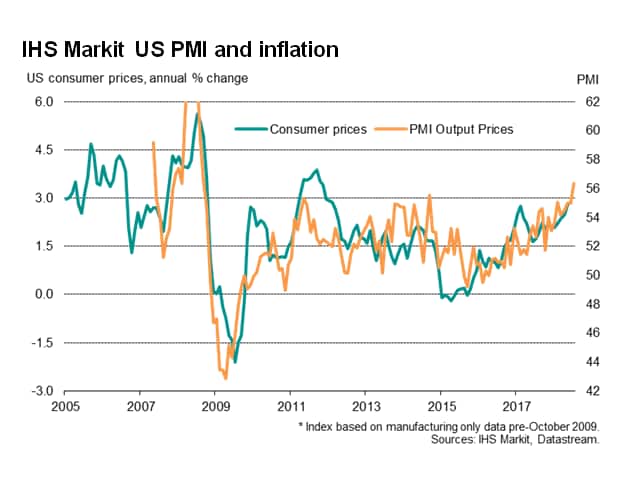