US Flash PMI signals first fall in business activity since 2013

With the exception of the government-shutdown of 2013, US business activity contracted for the first time since the global financial crisis in February, according to IHS Markit's flash PMI data. Adjusted for seasonal factors, the Composite PMI Output Index (covering both manufacturing and services) slumped to 49.6 in February, down from 53.3 in the opening month of 2020.

Weakness was primarily seen in the service sector, where the first drop in activity for four years was reported, but manufacturing production also ground almost to a halt due to a near-stalling of orders. 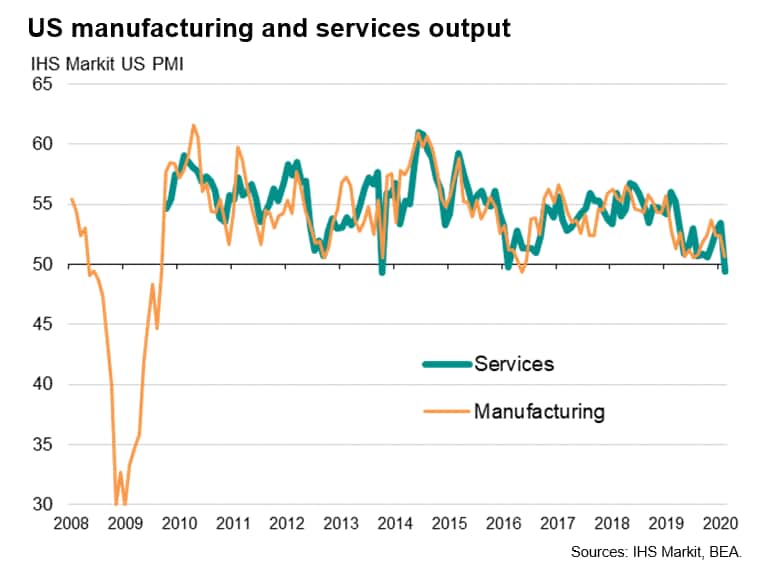 New orders meanwhile fell for the first time in over a decade. The deterioration was in part linked to the coronavirus outbreak, manifesting itself in weakened demand across sectors such as travel and tourism, as well as via falling exports and supply chain disruptions. Exports of goods and services both fell at increased rates in February. However, companies also reported greater caution in respect to spending due to worries about a wider economic slowdown and uncertainty ahead of the presidential election later this year.

Compared with official data, statistical analysis indicates that the survey indices are consistent with GDP growth slowing from just above 2% in January to a crawl of just 0.6% in February. Manufacturing output is meanwhile indicated to be falling at a quarterly rate of 0.8% (roughly 3.2% annualised). Note that any IHS Markit PMI manufacturing output index below 53.7 is indicative of the official (Fed) measure of manufacturing production declining on a quarterly basis. 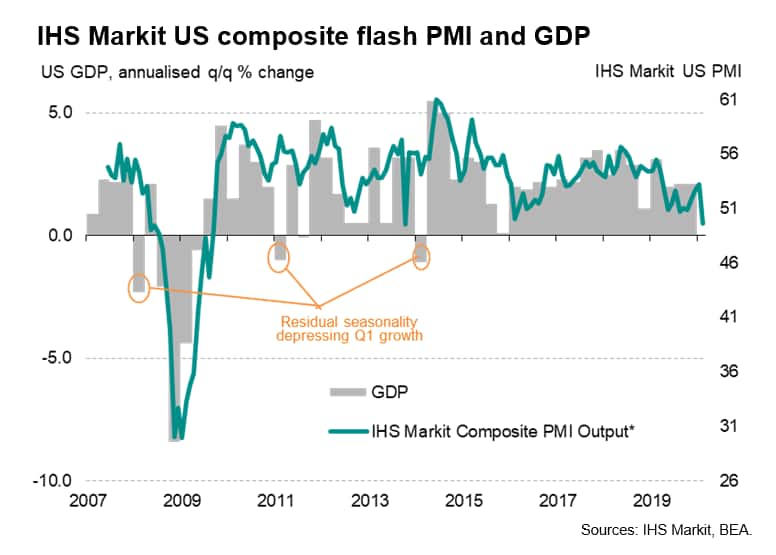 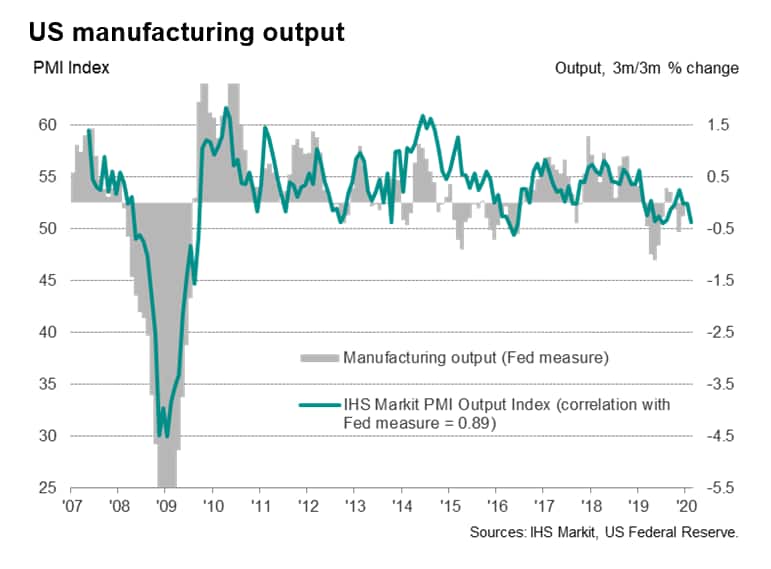 Some encouragement can be gleaned from the February survey recording a notable upturn in business sentiment about the year ahead to an eight-month high, reflecting widespread optimism that the current slowdown will prove short-lived. Service sector optimism reached an eight-month high while manufacturing sentiment was the best for ten months.

Much of course will depend on the extent to which the coronavirus epidemic will continue to disrupt business in coming months, which at the moment remains highly uncertain. In the meantime, the marked slump in the headline composite PMI in February is a warning that the coronavirus outbreak is having a material impact on the US economy, both through reduced service sector activity and via lost manufacturing exports and supply chain delays. As such, the PMI has moved further into territory that would be historically consistent with an easing bias at the FOMC. The big question for policymakers will be how long the PMI remains in such weak territory. 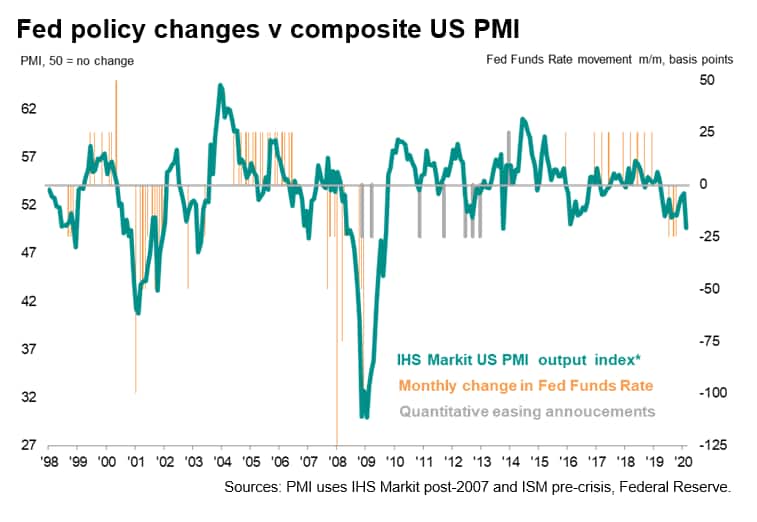