US business activity grew at its fastest rate for ten months in January, according to IHS Markit's flash PMI data, with the rate of growth accelerating for a third straight month. Jobs growth meanwhile struck a six-month high as firms' optimism about the future continued to improve, reaching the highest since last June. The upturn was again driven by the service sector, with manufacturing lagging behind as disappointing export business continued to act as a drag. Costs meanwhile rose at the fastest rate for seven months, lifted higher in many cases by tariffs and upward wage costs.

Growth at ten-month high at start of 2020

Adjusted for seasonal factors, the IHS Markit Flash US Composite PMI Output Index posted 53.1 in January, up from 52.7 in December, to indicate the quickest rise in output since last March. Historical comparisons suggest the current PMI reading is broadly consistent with the economy growing at a steady but unspectacular annualised rate of around 2%. 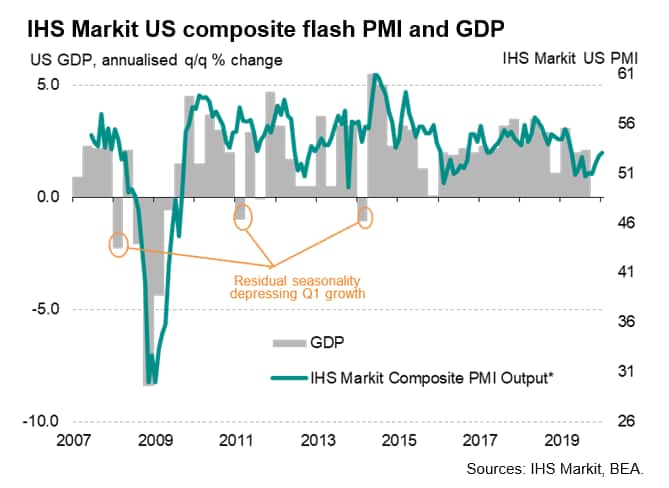 Service providers reported stronger growth than manufacturers, suggesting that the former continued to act as the main driver of GDP growth. The more domestically-focused services economy has been buoyed in particular by strong consumer spending amid low interest rates and a buoyant labour market. Note that the flash PMI survey's employment index rose to a six-month high in January, indicating further solid non-farm payroll growth of approximately 150,000 during the month. 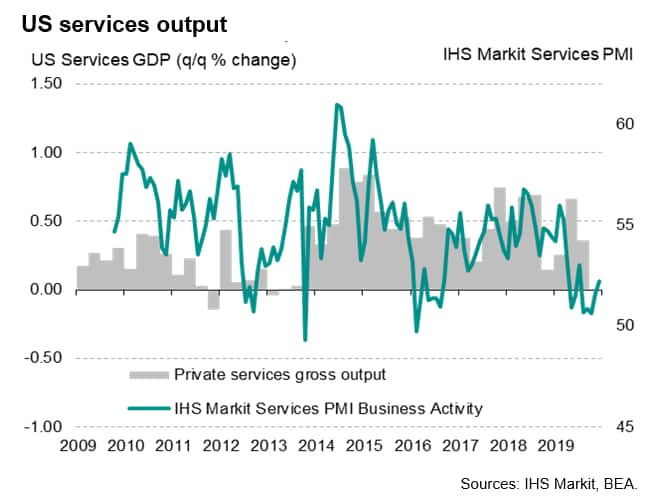 The manufacturing survey's output index remained at a level indicative of actual factory production more or less stagnating. New export orders for goods fell back into decline, dragging overall order book growth to its lowest for four months, and below the average seen during 2019. 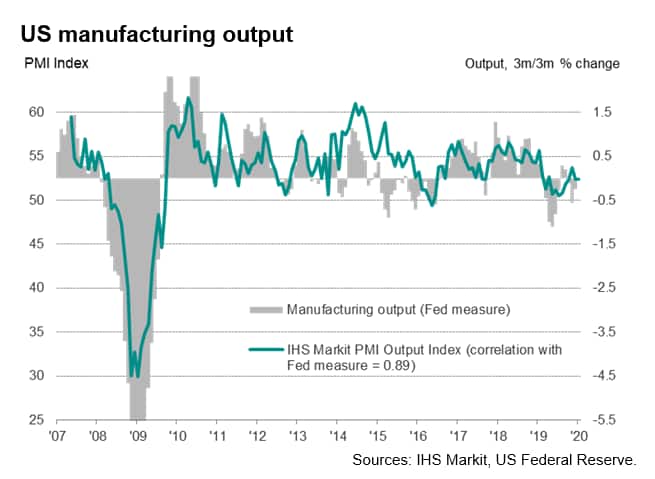 The survey also saw the rate of input cost inflation picking up to a seven-month high. Higher operating expenses were commonly linked to stronger increases in raw material prices and wages, the former often attributed to tariffs.

Average selling prices rose at a more modest pace, however, dropping below the average recorded last year, as many firms chose to squeeze their margins rather than pass price hikes on in full.

Output expectations across the private sector meanwhile improved at the start of 2020, with overall optimism reaching a seven-month high in January to suggest that firms on balance expect the upturn to gain momentum in coming months.

The rise in the current output gauge and business sentiment index support our view that the Fed will hold policy unchanged in upcoming meetings as it continues to assess the economy's performance and risks. IHS Markit anticipates GDP growth of 2.1% in 2020, which is close to the economy's potential growth rate. 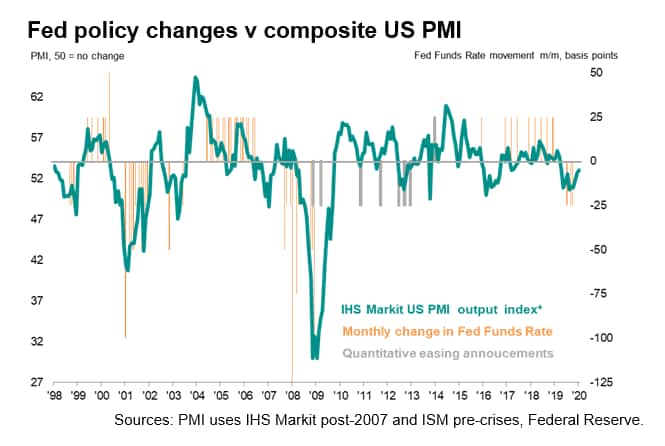