US Captive loan penetration has increased – what value do they bring?

Captive loan penetration has increased - what value do they bring?

Captive share of financed new vehicle registrations has been increasing over the past several years. While Captives consistently facilitate about 90% of leases, the growth has come from share of loans, which reached over 50% in 2020 (Fig. 1). Aside from the additional revenue stream Captives provide, OEMs are positioned to take advantage of the several benefits they have to offer. 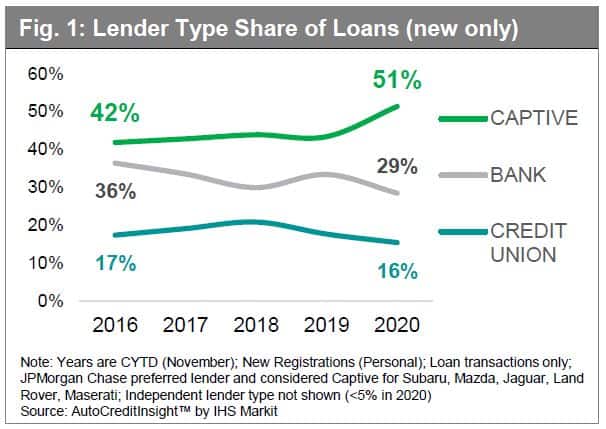 Captives facilitate leasing and the benefits that come with it

By virtue of facilitating leases, there are several ways Captives provide value to the OEM. First, there is a return to market (RTM) timing advantage. With lease terms almost half the length of loan terms, lessees consequently RTM faster than purchasers.

Additionally, lessees are more loyal to the brand when they RTM for a new vehicle than purchasers. Half of households who originally purchased their garaged vehicle acquired the same brand when they RTM, versus 63% of lessees, a 13-point "Lease Lift".

Later, off lease vehicles provide attractive inventory for CPO programs, a great revenue stream for OEMs, Captives, and dealers. The further benefit comes when the CPO buyer returns to market for a new vehicle. Of non-CPO RTM households, 32% were loyal to the brand, versus 38% for CPO owners, a 6-point "CPO lift" (Fig. 2). 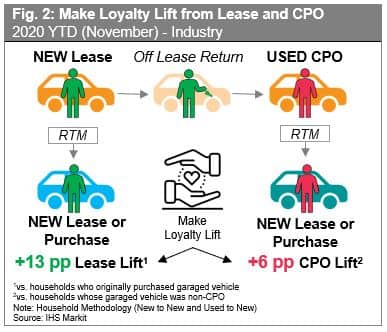