Brazil has two of the most prolific basins in the world: Santos and Campos, which could have made the country complacent in its development strategy, refraining from adopting state-of-the-art technology solutions. However, that has not been the case. Operating in deepwater since the 1970s, Brazil is in the forefront of technology development for its offshore operations, especially in the subsea area. Therefore, it is surprising to see that there are no substantial investments in subsea tieback projects in the country when compared with other basins around the world. Can it change in the future?

Several oil and gas companies, from independents to majors, are increasingly resorting to subsea tiebacks to convert marginal fields into profitable ventures in several basins around the world. This development type should account for as much as 37% of new sources of conventional resources expected to come onstream by 2040.

Subsea tiebacks offer a couple of advantages that contribute to a lower cost of developing small reserves, especially when the project leverages on existing infrastructure, which is so important for mature fields, such as the ones in Campos Basin. It also results in lower environmental impact and carbon footprint associated with the field development. As a matter of fact, utilizing and repurposing existing platforms to unlock value from marginal reserves does not only bode well for incremental portfolio growth but also for improving the economics of units approaching the tail of their production curve by reducing the rising lifting cost. 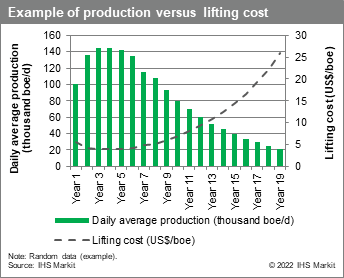 The nascent Brazilian mature fields revitalization and decommissioning industry can greatly benefit from tieback solutions to support their brownfield portfolio development. In fact, noteworthy tieback projects have been developed in this area in the Campos Basin by PetroRio and Petrobras. However, most companies appear to be focused on increasing production through greenfield projects or reducing cost through well design optimization. Nevertheless, an overall analysis reveals there is substantial spare capacity available in platforms in the Campos basin: 100% of the platforms operate below 60% of their nameplate. To put that into perspective, only 36% of Santos Basin platforms operate under 60% their nominal capacity, and still 5% of new sources expected to come onstream in the next 30 years in the Santos Basin are from tiebacks.

While the reduced production across the Campos Basin mature fields could be attributed to other reasons besides declining production, such as technical issues and impaired infrastructure, and some of them might not be able to have their service life extended for new development projects, the figures are encouraging, particularly considering the existing assets in operation.

Technical feasibility of tieback projects is mostly affected by the so-called flow assurance. Technological advancement was paramount to turn otherwise unfeasible tieback projects into reality. The following table provides an overview of major subsea technologies that play a critical role in tieback projects and their respective maturity level. 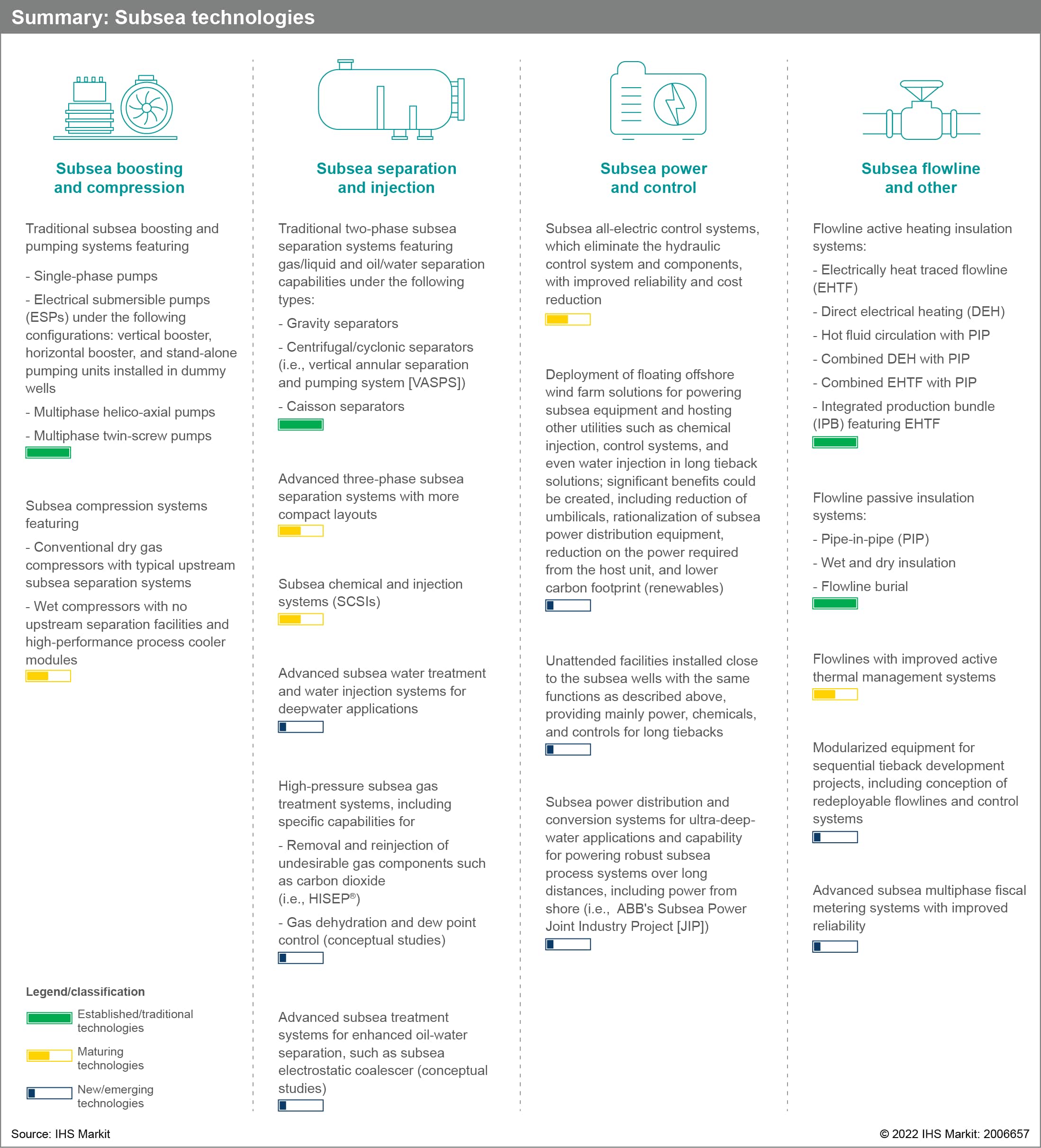 A preliminary S&P Global screening reveals a total of 27 marginal fields at distances of less than 30 km to existing platforms in the Campos Basin, representing over 1,000 MMbbl of recoverable oil resources (2P). Although economical and technical feasibility of tieback projects depend on a plethora of parameters assessed on a field-by-field basis, this preliminary screening reveals an exciting number of opportunities especially because tiebacks within this distance range aren't uncommon across the industry. Additional 500 MMbbl and 11 fields could be also considered if we extend our distance range to up to 50 km, although oil tiebacks at longer distances are quite unusual given the associated technical constraints. 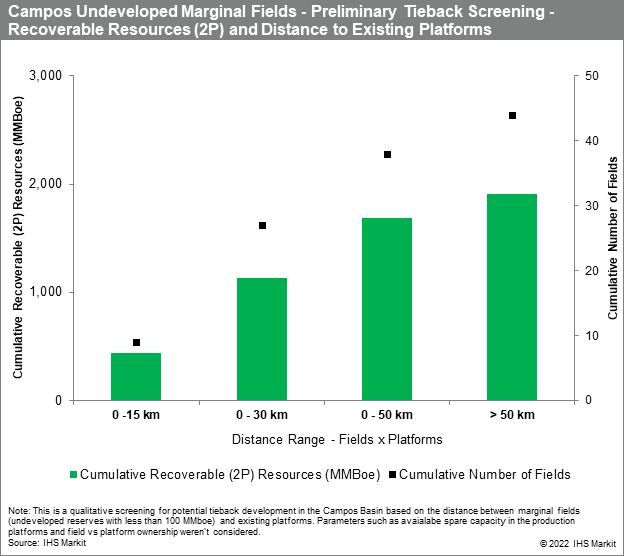 What can be done to unlock its potential? There is technical expertise in the country for complex subsea developments, and offshore wind already can be a low-carbon power (and control) source for smaller satellite production systems. Looking at international cases what seems to be missing in Brazil are smaller operators focused on this kind of opportunities, divestments from the larger operators and cooperation between oil companies towards an infrastructure sharing model. We can even think of a model of "FPSO as a service," where an operator with an existing FPSO with available spare capacity gets a fee for management, processing and offloading multiple third-party crude production streams from tiebacks.