UK manufacturing ended 2018 with business activity buoyed by companies ramping up their preparations for a disorderly Brexit.

The headline IHS Markit/CIPS Manufacturing PMI rose to a six-month high of 54.2 in December, up from 53.6 in November and its highest since last June, boosted by near-record levels of stock building.

The month saw increased numbers of companies citing contingency planning for a disorderly Brexit as the main driver of stock building, with companies especially concerned over the supply of inputs and resulting production bottlenecks.

The rise in inventories of inputs recorded by the survey during December was exceeded only three times since the survey began in 1992. The rise in stocks of finished goods was the second-largest in the survey's 27-year history. 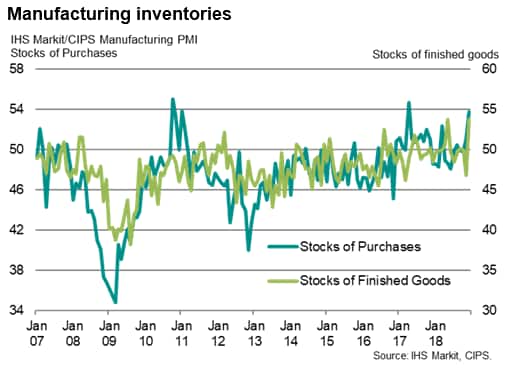 Additional purchasing by customers to safeguard against Brexit-related supply issues meanwhile contributed to the largest rise in new orders since last February. Export orders also rose, up for the first time since last September, though sales were also reported to have been boosted by the weaker pound. 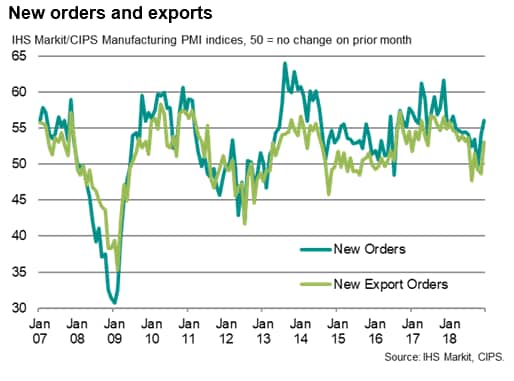 Producers of consumer goods and intermediate goods (inputs supplied to other manufacturers) reported the strongest gains in new orders. 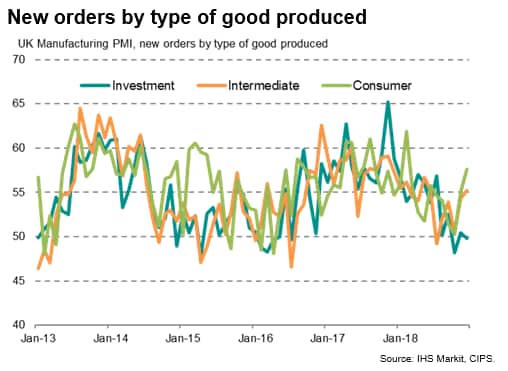 Producers of investment goods such as plant and machinery bucked the trend, however, reporting a drop in new orders for the second time in the past three months, ending their worst quarter for new orders since early-2016 and hinting at reduced investment spending.

Despite the improved growth of order books, manufacturing output rose at the second-weakest rate seen since the shock to production following the 2016 Brexit vote. A comparison of the survey's output index with the official production numbers from the Office for National Statistics indicates that the PMI data are consistent with production stagnating in the fourth quarter. 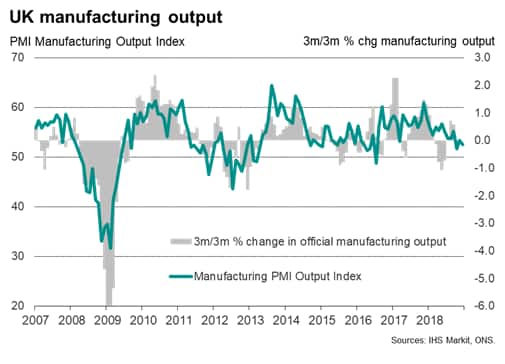 Employment likewise remained subdued as concerns over the outlook and the lack of a smooth Brexit deal dampened hiring. The survey's employment index was the fifth-lowest since the Brexit referendum, indicative of official factory headcount numbers falling slightly. 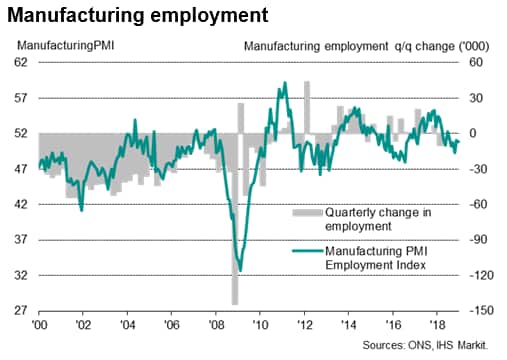 Smaller firms reported especially poor production and stagnant order books in December, rounding off the worst quarter for two-and-a-half years in terms of the headline PMI and contrasting with improved performance for large firms. 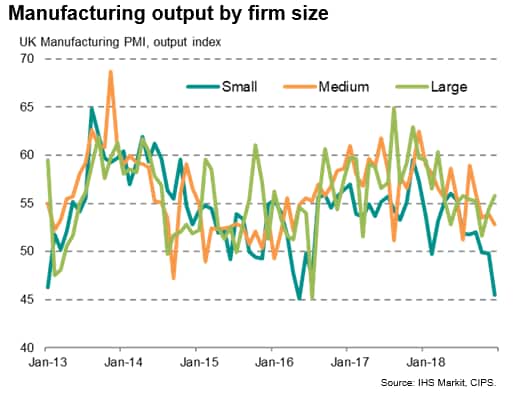 Some better news came on the prices front, with producer input prices rising at the slowest rate since June 2016, often linked to lower oil and fuel prices and falling prices for many globally-traded commodities, including several metals. Sterling's weakness remained a key driver of higher import costs, however, ensuring the overall rate of increase remained elevated.

Average factory gate selling prices meanwhile rose at a rate slightly above that seen in November, reaching a three-month high as firms commonly reported the need to push higher import prices on to customers.