Flash PMI survey data indicate an encouraging start to 2020 for the UK economy. Output grew at the fastest rate for sixteen months amid rising demand for both manufactured goods and services, suggesting business is rebounding after declines seen late last year. Intensifying political and economic uncertainty ahead of the general election has started to ease, encouraging more spending and helping push business expectations of future growth to its highest since mid-2015.

At 52.4, up from 49.3 in November and December, the composite output index from the survey has rebounded to a level indicative of GDP rising at a quarterly rate of approximately 0.2% in January, representing a welcome revival of growth after the malaise seen in the closing months of 2019. 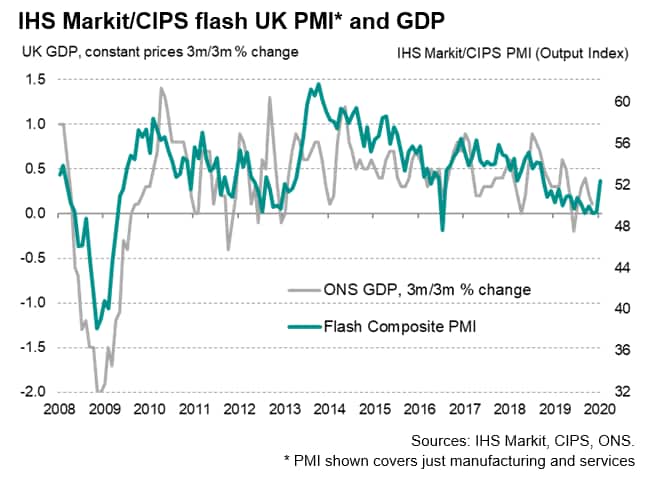 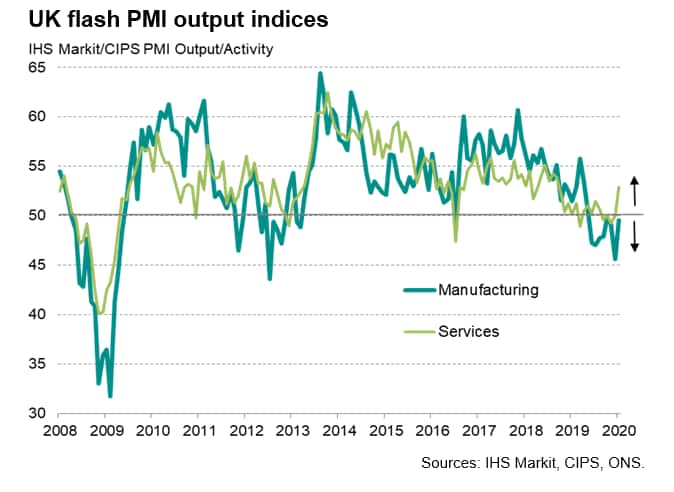 The weak PMI data in the closing months of 2019 pointed to one of the worst spells for the economy seen over the past decade, commensurate with GDP stagnating at best in the fourth quarter. Anecdotal evidence collected via the surveys revealed how companies blamed heightened Brexit-related uncertainty, exacerbated by political worries in the lead up to the December 12th general election, as having dampened spending by households and businesses alike. The January survey hints strongly that some of this uncertainty has lifted with the decisive general election result, with companies often reporting that demand has improved in the short term at least. New orders for services showed the strongest monthly gain for nearly one-and-a-half years, while manufacturers reported the first increase in new orders since last April. 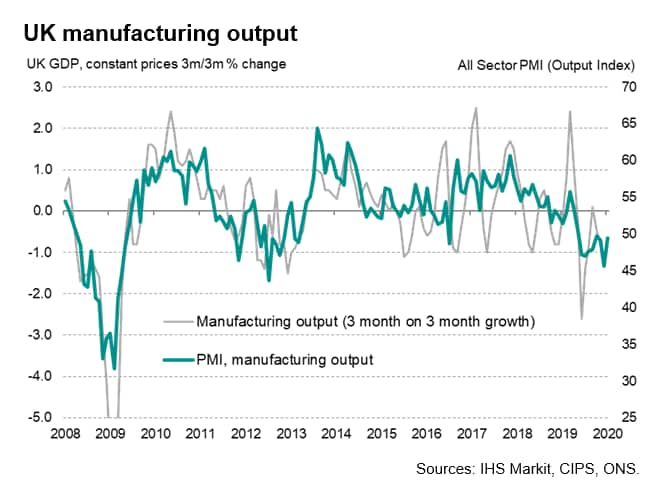 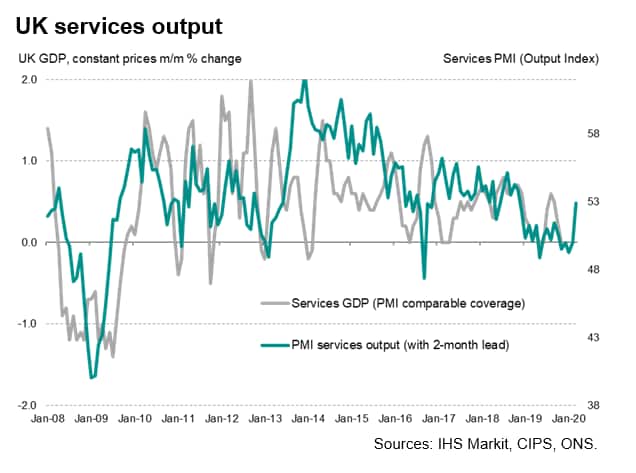 Hiring has also picked up in January, according to the preliminary PMI data, which reflects responses from approximately 80-85% of the final survey results for manufacturing and services. The flash composite employment index rose for a fourth month running, pointing to the quickest rate of job creation since last July, buoyed by stronger job gains in services and the first net rise in factory staffing levels since last March.

An uplift in sentiment about the outlook hints that the January upturn has legs. Business confidence regarding the year ahead rose sharply to reach the highest since mid-2015. Manufacturers expectations remained relatively muted, albeit improving to the highest since last May, while service sector confidence hit the highest for nearly five years.

The difference in business sentiment levels was largely a function of manufacturers being concerned about their greater exposure to weak international demand, potential tariff hikes and uncertainty with respect to the post-Brexit overseas trading environment. Service sector companies in contrast are typically more domestically focused, and are therefore less reliant on exports and the external environment. 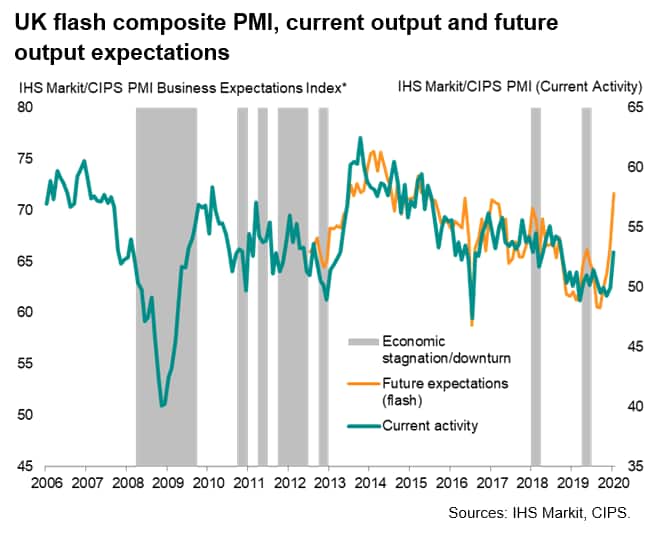 Does the rebound have legs?

A key question is whether the January upturn represents the start of a more sustained economic upturn now that some of the economic and political uncertainty has lifted following the general election, or whether we are merely seeing a short-lived upturn in sentiment that could quickly ebb away. Notable risks include a possible absence of positive developments relating to Brexit in coming months and an intensification of US trade war attentions on Europe.

Rate cuts off the table, for now

Business confidence could also be dampened due to changing interest rate expectations. The January uplift in sentiment coincided with growing expectations that the next change in policy by the Bank of England will be an interest rate cut. However, it seems likely that the rise in the PMI is sufficiently strong to kill off the prospect of an imminent rate cut by the Bank of England, with policymakers taking a wait and see approach as they assess the performance of the economy in the post-Brexit environment. Four of the Bank's Monetary Policy Committee had flagged their appetite for a cut to interest rates earlier in the month, but cited the flash PMI as being an important input into this decision. However, gauging by historical comparisons of MPC decisions with the PMI, the current flash reading pushed the survey closer to what we consider neutral policy territory. 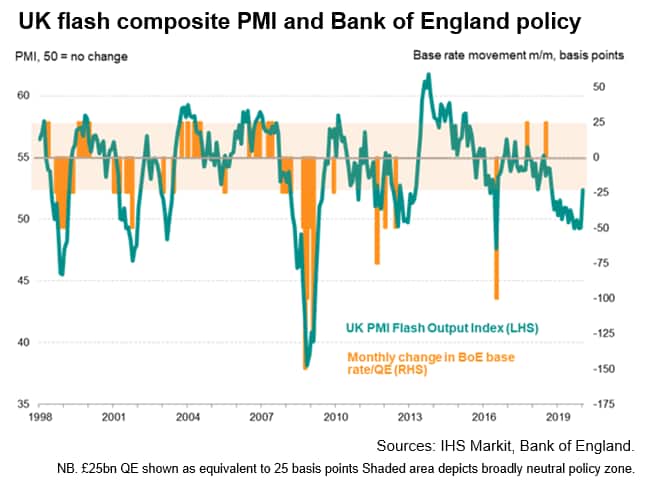