The UK labour market showed signs of cooling in the summer, with employment falling to the greatest extent for four years. The updated official statistics corroborate earlier survey evidence which warned of a downturn in hiring resulting from the twin headwinds of heightened business uncertainty and slower economic growth.

Data from the Office for National Statistics showed the number of people in employment dropping by 56,000 in the three months to August compared to the prior three months. That was the biggest fall since the spring of 2015.

Further disappointing news came in the form of a 22,000 rise in the number of people unemployed in the three months to August to just over 1.3 million, while the claimant count rose by 21,100. The unemployment rate also edged up to 3.9% in the latest three months, up from 3.8%. Job vacancies meanwhile fell to the lowest since late-2017, and have indicated a continuous softening in the demand for staff throughout the year to date. 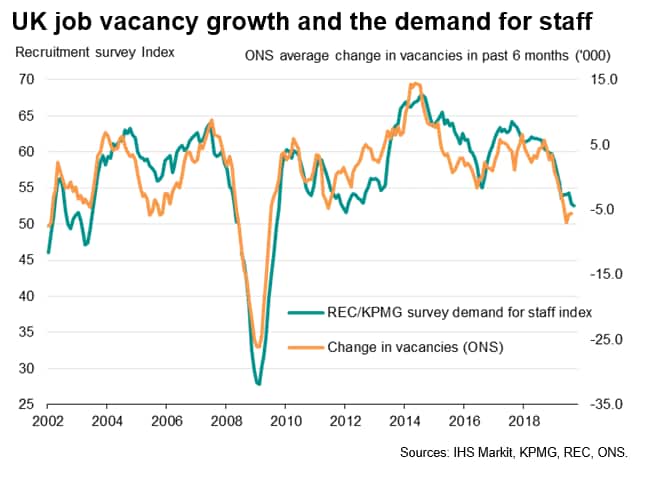 The disappointing numbers are not a blip but the consequence of a steady deteriorating trend seen over the course of 2019 so far. What's more, the business surveys indicate that the job market continued to weaken in September, hinting that the rate of job losses likely accelerated. 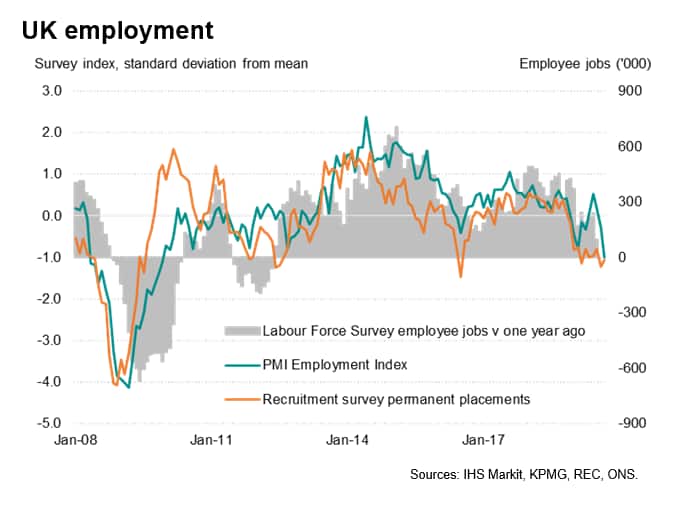 The CIPS PMI surveys showed headcounts being cut in September at the fastest rate since 2009. Recruitment industry survey data showed a similarly dark picture, with the number of people placed in permanent jobs falling for the seventh straight month in September. Any jobs growth seen during the month was accounted for by temporary and contract staff appointments, highlighting how business uncertainty has deterred companies from taking people on to their payrolls.

However, recruiters also reported that the overall availability of suitable staff continued to deteriorate, meaning wage pressures remained elevated at the end of the third quarter, though have moderated considerably over the course of the past year. The surveys consequently suggest that the official pay growth rate could soften in coming months, easing closer to 3%. 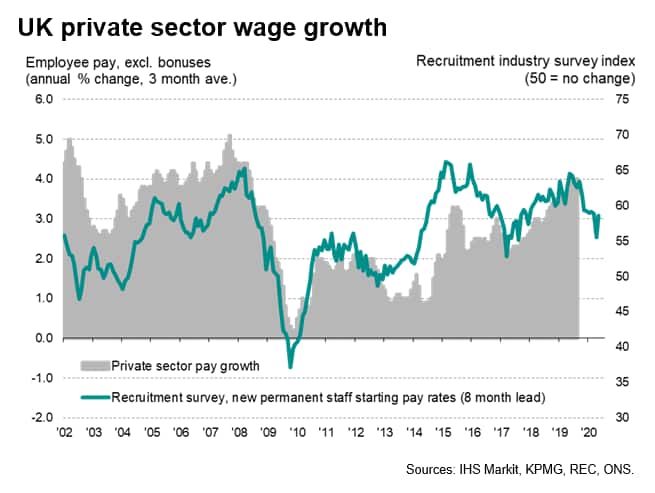 With the official labour market data and business surveys are in sync so far in the third quarter, the gloomy picture contrasts with the more positive-looking GDP numbers, and adds to concerns that a likely upturn in the third quarter will prove temporary, with the volatile GDP numbers masking an altogether more worrying picture of an economy struggling to grow.

We've been saying for some time that the health of the UK labour market in part reflects the trend towards substituting labour for capital, as business investment has been deterred due to Brexit uncertainty. Companies have also been 'de-risking' their workforces with zero-hour or temp and contract workers. Now it seems that even the hiring trend is being adversely impacted by the headwinds of Brexit and signs of slower economic growth. 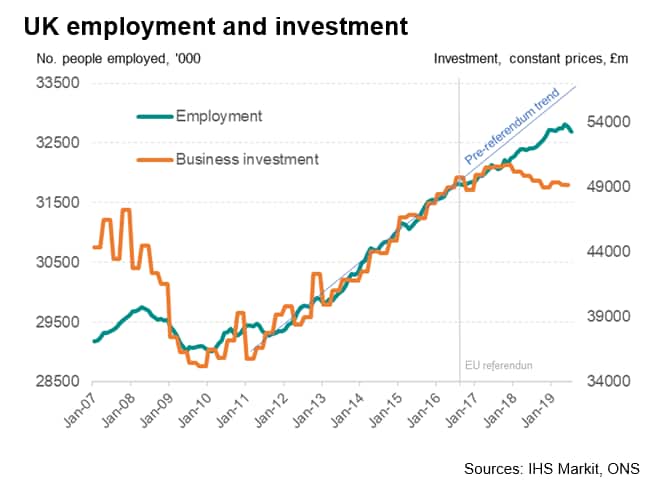 Hence while the headline employment numbers may have given an impression of economic health in recent years, the picture is misleading. In the absence of business investment growth, a strengthening labour market in fact points to an economy that is struggling with uncertainty and set for weaker productivity growth.