The official UK labour market data once again brought positive news at the headline level, with record numbers of people in employment, the strongest wage growth for 11 years and the lowest unemployment rate since the 1970s. But the details of the official data also corroborate survey data which point to a marked change in firms' appetite to hire so far this year.

Fresh official labour market data showed the unemployment rate holding at 3.8% in the three months to May, its lowest since 1974, with the number of people in work rising to a record of just over 32.75 million. This tight labour market has helped push up pay growth. Regular pay (excluding bonuses) rose 3.6% in the three months to May, its fastest since mid-2008. Private sector pay growth excluding bonuses meanwhile rose at a 3.7% annual rate, also its highest for 11 years. 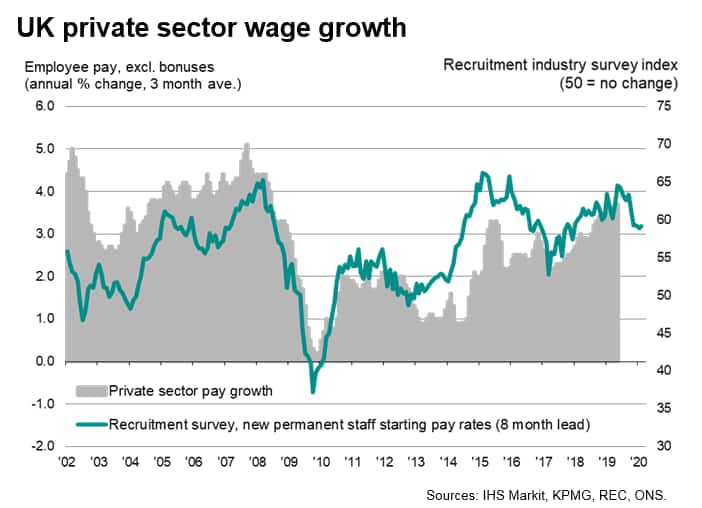 Furthermore, the nature of jobs growth has also changed, with the latest increase being driven by self-employment. The number of employee jobs fell by 85,000 in the three months to May, according to the government's Labour Force Survey, which is the largest decline since late-2011. The number of self-employed meanwhile rose by 123,000, the biggest gain for three-and-a-half years. 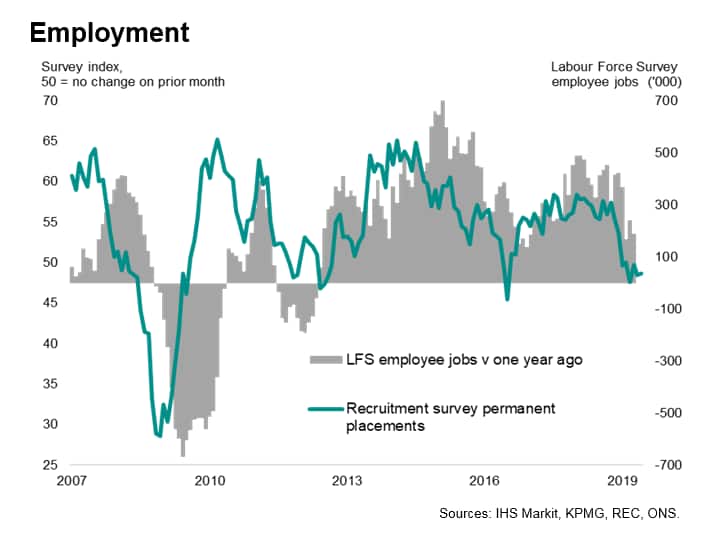 The deteriorating trend in employee jobs corresponds with a similar easing in the official number of job vacancies. Although still close to an all-time high, vacancies have fallen in each of the first five months of 2019, dropping in May to the lowest since April of last year and indicating a weakening in employers' need for new staff. 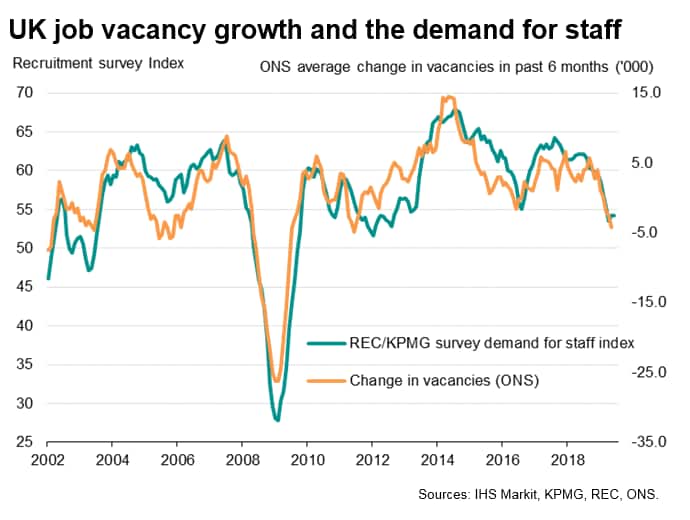 The weaker details of the official employment and vacancies data look set to continue into June. Recruitment industry survey data show the number of people placed in permanent jobs having fallen in all of the first six months of 2019 with the exception of February, which saw a stagnation. This points to the steepest deterioration in the hiring trend since 2012.

A near-stalling in temporary and contract worker agency business also points to one of the worst pictures for non-permanent staff since 2012.

Recruiters have reported that the increasingly uncertain business environment, commonly linked to Brexit, has dampened appetite for new hires. Brexit is also often cited as a key cause of reduced staff availability, either due to people not wishing to change jobs in the current environment or due to a lack of candidates from other EU countries. The June recruitment industry survey showed the demand for staff from employers rising at one of the slowest rates seen for seven years, while staff availability continued to deteriorate at a steep rate. The resulting tight labour market pushed permanent salary growth slightly higher during June, albeit running below peaks seen earlier in the year. 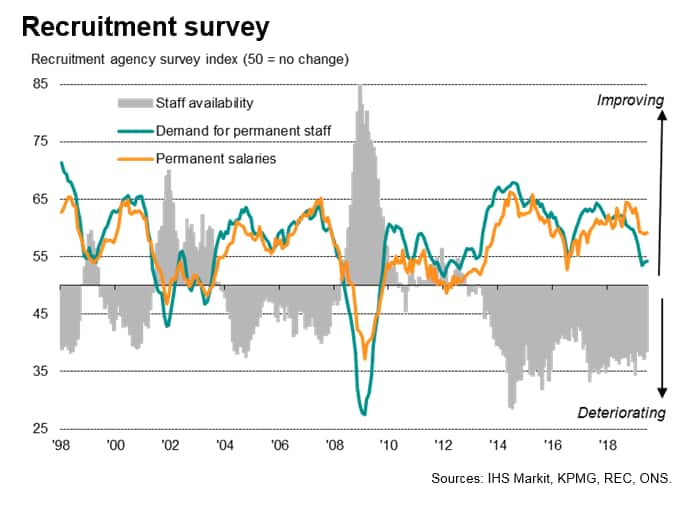 The surveys consequently suggest that the official pay growth rate could soften in coming months, though looks set to remain close to 3%.