Tullow Oil and Capricorn Energy to give birth to a Tullicorn, a Caprillow… or maybe a Unicorn?

As of mid-year 2022, Tullow Oil and Capricorn Energy were about forming a new Africa-focused energy company. They reached agreement to create a combined group on the terms of a recommended all-share combination of the two companies. The name of the new group is yet to be determined.

According to the management of the two companies, this combination has the potential to create a new energy company with a material and diversified asset base and a portfolio of investment opportunities. The aggregated pan-African upstream portfolio will be underpinned by low-cost producing assets having a high potential return on investment in Ghana, Egypt, Gabon and Côte d'Ivoire. On top that, and as shown in the charts below, Tullow also operates several onshore assets in Kenya and both companies are present offshore Mauritania.

Alongside of their announcements Tullow and Capricorn stated that the combination of the two companies will create robust cash generation, a resilient balance sheet of USD 1.8 billion of liquidity and cost synergies.

Interestingly, Tullow and Capricorn (formerly named Cairn Energy until December 2021) yet partnered in Cote d'Ivoire, where together they controlled the entire onshore fringe of Cote d'Ivoire Basin between 2017 and 2021. However, after a Full Tensor Gradiometry (FTG) survey in 2019 and an aborted 2D seismic campaign in 2020, both companies relinquished their valid contracts.

The merger of Tullow and Capricorn will create a complementary portfolio for the new combined group.

The below chart indicates the estimated 2P Net EUR Reserves for both companies, as of June 2022, according to IHS Markit EDIN database (now part of S&P Global). 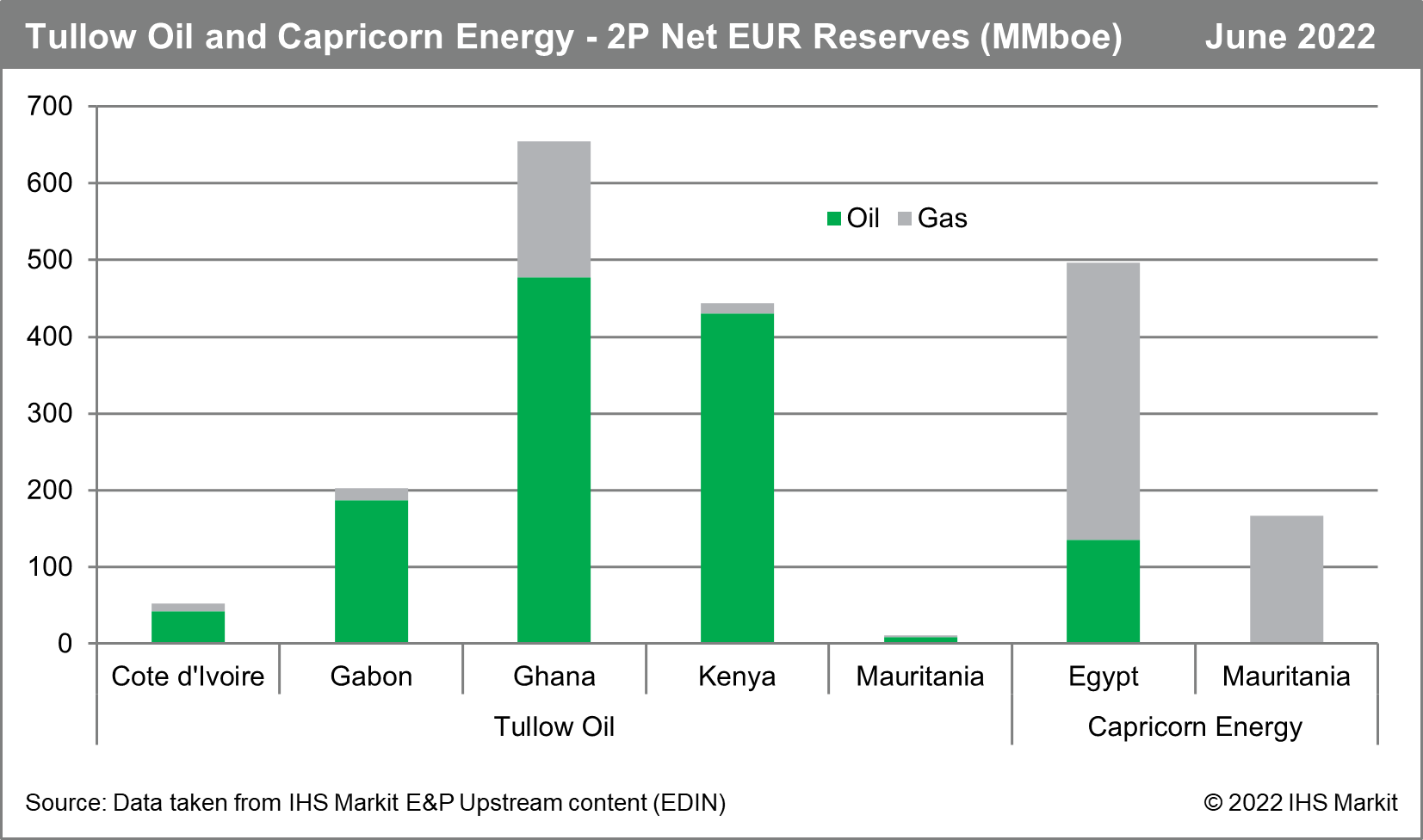