Tracking the Turkish stock exchange during the market holiday

The closure of the Istanbul stock exchange for the Eid holiday during the week of August 20th has created challenges for investors looking to track ongoing economic crisis in Turkey. Our Fair Value product, which models the performance of the market during non-trading hours, shows a modest recovery in the market over the course of the week.

Turkey's deepening crisis led to a slump in its currency, the lira, with record lows against the USD on August 13th. This currency depreciation was triggered by the re-election of Turkey's President Erdogan, who has challenged the independence of the country's central bank after winning a snap election. Increased tariffs on steel and aluminum imports from Turkey by the US further worsened sentiment, causing Turkey's equity markets to tumble. The lira has partially recovered since on the back of steps taken by Turkey's central bank to ease pressure on the currency. The ongoing trade tensions and associated market volatility highlight the need for accurate fair valuation of securities that trade in Turkey.

IHS Markit's Fair Value product uses a mix of factors and a proprietary model to give valuation estimates for the performance of the Turkish markets during the closure. We use inputs including the iShares MSCI Turkey ETF, Turkish ADRs and S&P Futures. The iShares MSCI Turkey ETF has recovered 3.85% since close of Turkish stock market on August 20th and the broad US market has also been up with S&P futures gaining 0.38%. This is reflected in the positive fair value adjustments for Turkish securities during this holiday period so far.

Chart 1 below plots the fair value adjustments on select Turkish equities from 20 August to 21 August: 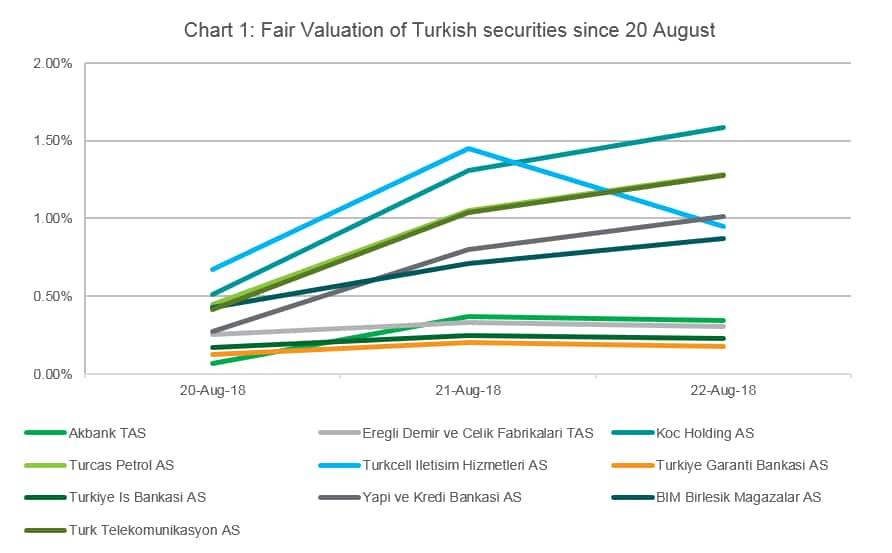 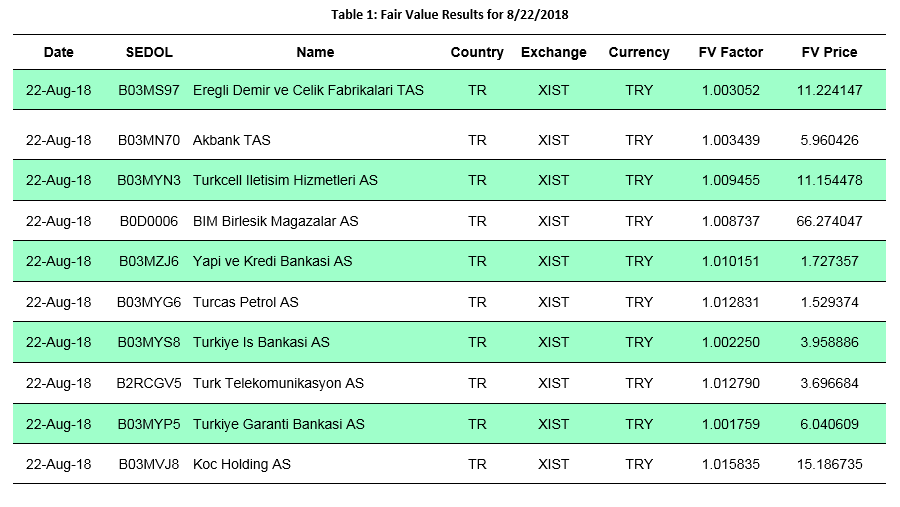 Discover how @BrandywineGIM optimized their trade reporting processes through their implementation of Integrated Re… https://t.co/omveEX29zT