Total United States grain exports to China lower year-on-year, but there is a silver lining 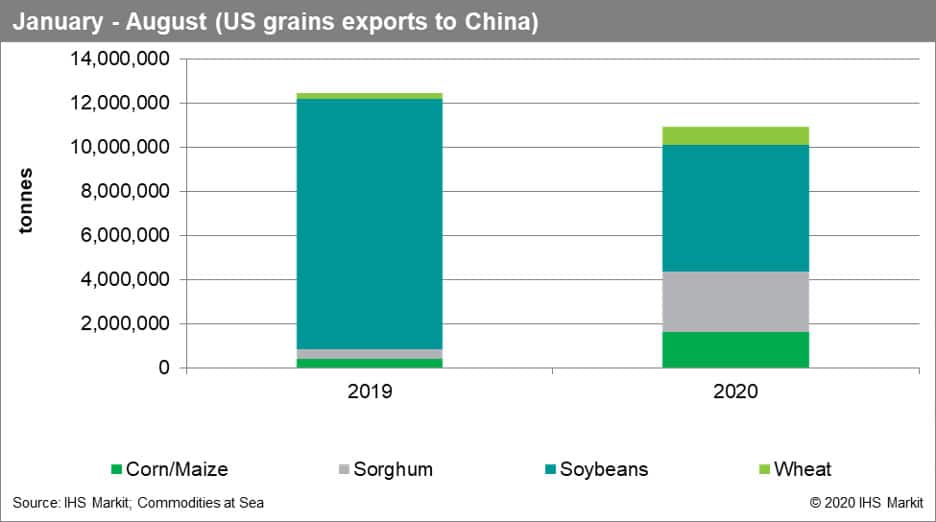 Following Phase One agreement this year between China and the US, the above-mentioned gains in exports for some grains overall helped reach the agreed target, of about 40 million USD of expected agricultural trade flows from the US to China. It is important to note that this is not only reserved for major grains. Global Trade Atlas (GTA) reports that the total value of exports to China for major grains in the first seven months until August has been about 1.8 billion USD. Sorghum exports without a doubt influenced a better balance of grain exports this year. Despite higher corn exports to China it is worth noting that Black Sea exports are mainly satisfying demand for corn in China. On top of that US corn exports to China are subject to import tariff quota, which stands at about 7.2 million tonnes per calendar year, as per a recent USDA (United States Department of Agriculture) report. The biggest potential for improving total grains exports to China is still with soybeans due to seasonality of the trade.

As per Commodities at Sea, total US soybean exports to China are currently standing at about six million tonnes, with almost two million tonnes loaded in the US and destined for China in August alone. However, soybean exports from Brazil to China have been very strong this year, as Chinese buyers utilized favourable currency exchange situations. According to GTA, China imported a record breaking 54 million tonnes of Soybeans which is the largest quantity of soybeans that China has imported from Brazil in the first eight months of a year. Despite seasonal falling of Brazilian soybean exports to China, exports remain strong, and in August they were almost five million tonnes as per Commodities at Sea. However, seasonal exports seem to start picking up from the US, which is expected to continue throughout the next few months. This trade is expected to help utilization of some of the shipping tonnage in Supramax/Ultramax and Panamax sectors. 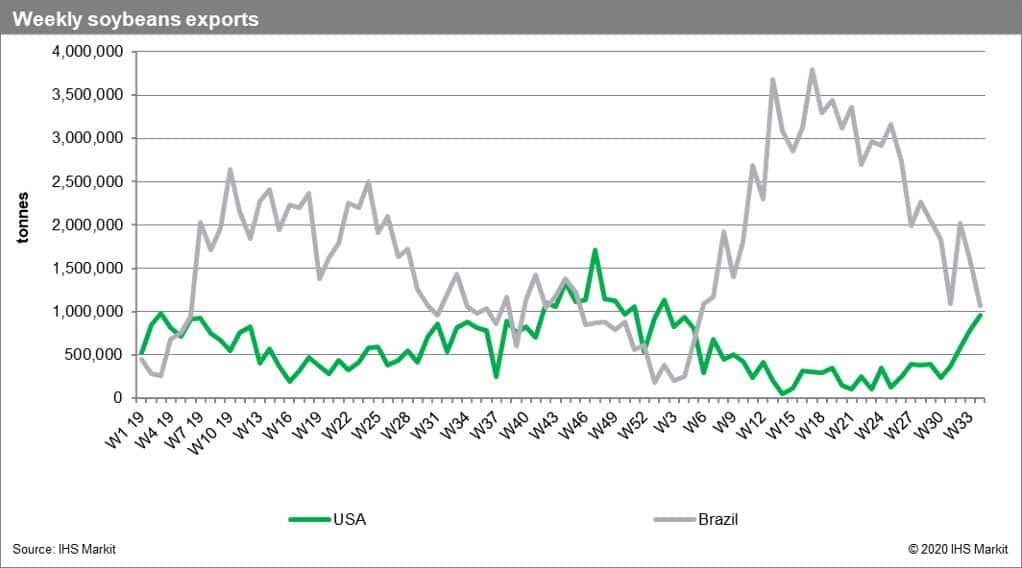