France's Total has finalized a name change to TotalEnergies SE and unveiled a new logo, signaling a new phase in its transition to net zero.

The updated name got the green light from shareholders during a vote at the company's annual general meeting on 28 May.

Total proposed the name change when it presented its full-year 2020 results in February. The company explained a plan to sharpen its focus on LNG, renewables, and electricity, while oil product sales would drop from 55% to 30% of sales by 2030.

The company previously changed its legal business entity standing to Total SE, effective in July of last year. It transitioned from an SA, or a Société Anonyme under French law, to an SE, or a Societas Europaea under European Union law. Adopting the SE entity type enables easy transference of a registered office to another EU member state, according to Deloitte.

Alongside the latest name change, the company released a statement about its renewable energy targets. "Our ambition is to be a world-class player in the energy transition. That is why Total is transforming and becoming TotalEnergies," CEO Patrick Pouyanné said in the statement. 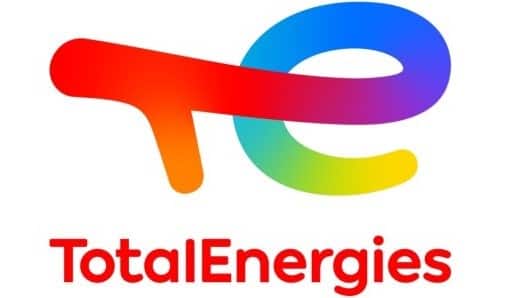 Total plans to increase its production of biogas and biofuels to at least 4,000 GWh per year and 5 million st per year, respectively. It has previously announced plans to start selling cooking oil-based sustainable aviation fuel to French airports this year, a move that could benefit from the passage of a French bill targeting emissions, including in aviation.

Hydrogen is another growing fuel and energy segment for the company. Total honed in on French hydrogen taxi and refueling station company Hysetco, which operates in the departement surrounding Paris, acquiring a 20% stake, according to 26 May statement.

Following net-zero pledges by fellow European oil companies like BP and Eni, Total announced plans to reach net zero for its global operations by 2050 (in mt CO2e) in a joint statement with institutional investors in May 2020. It also aims for a 60% or more reduction in the average carbon intensity of the energy products used by its customers by 2050 (Scopes 1, 2, 3).

The French major wants to develop 100 GW of renewable energy by 2030, supported by $60 billion in investments over the next decade. Making headway on this goal over the past 12 months, it added 10 GW to its renewable energy portfolio to reach 35 GW of installed capacity, more than 20 GW of which was backed by long-term power purchase agreements (PPAs), according to its 2020 results statement.

Total grew its solar PV pipeline using long-term PPAs in 2020, notably in Spain, where it claimed to be the offtaker of the largest PPA in the world (3 GW) from its own Spanish PV sites, part of greening energy supplies for its industrial locations.

The major is becoming more active in the offshore wind markets, as well. In February, its joint venture with Macquarie's Green Investment Group (GIG) was successful in a UK government auction, bidding to develop 1.5 GW offshore wind farm off the coast of Humberside on the east coast of England.

Even though it has changed its name and focus, TotalEnergies' American subsidiary, Total E&P USA, owns assets including deepwater oil production in the Gulf of Mexico as well as unconventional oil and gas assets in the Barnett Shale play. The group also markets fracking fluid.

Total is not the only European energy company to change its name in recent years. French gas, power, and energy services supplier GDF Suez changed its name to Engie following a 2015 commitment to the then nascent energy transition.

On the path to becoming a major offshore wind developer, Danish oil and natural gas producer Dong changed its name to Ørsted in 2017. This week, at an investor conference, Ørsted announced plans to spend $57 billion through 2027 to "become the world's leading green energy major by 2030," according to an investor presentation document. Its target is 50 GW of renewable generation capacity by 2030.