The US is shrinking in importance as a global supplier

For several reasons, the landscape of global agriculture is shifting and with it the centers of power. Those shifts have tended to be away from North America and the US, south to Brazil, and east to the Black Sea and Europe.

If one uses world trade as a proxy for the most important suppliers of ag commodities globally, the US is shrinking in importance, while Brazil and Ukraine especially are growing. The US market share of world corn exports approached 60% in the five years of 2005/06-2017/18, in the most recent five years that share has shrunk to 33%. Most of that share has been taken by Brazil, doubling their market share and Ukraine more than tripling their market share. 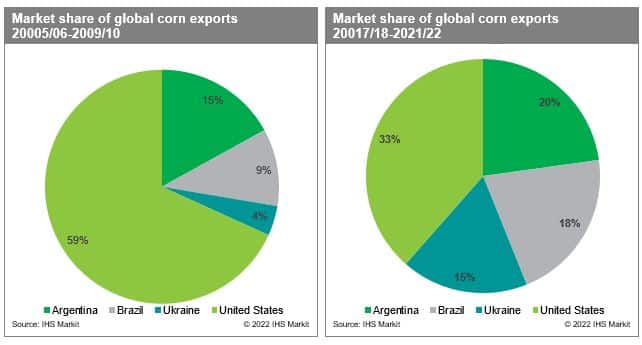 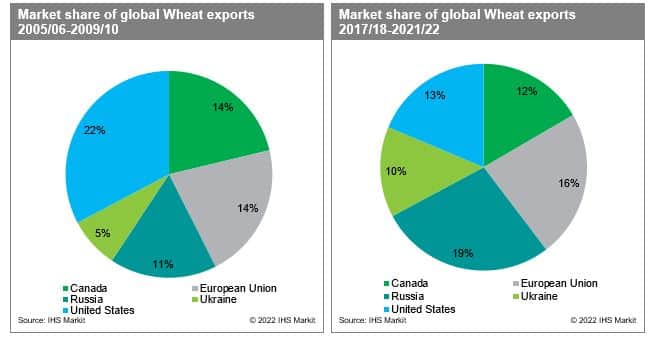 Now more than ever, one needs to think globally to fully understand what is driving agricultural markets. With this shift away from the US to other countries and regions come additional weather/production considerations, currency risks, geopolitical risks, and shipping/trade considerations.

IHS Markit, with its resources and analysis in macroeconomic, country risk, maritime and world trade, energy, and currency markets, is uniquely positioned to cover the new world of agricultural commodities.

IHS Markit analyzes how and why the impacts to #supplychain will persist in manufacturing, #shipping and logistics,… https://t.co/Q3760GlHXX