The Powder River Basin – Liquids growth outside of Texas

By 2013, the industry began to realize the impact the Permian Basin could have on US production, but many operators, service companies, and financial investors still asked "what else is out there that I'm missing?" Operators were working to delineate the Tuscaloosa Marine Shale, the Powder River Basin, the Brown Dense, SCOOP/STACK and Canada's Duvernay. However, faced with falling oil prices during 2015, operators repurposed most "exploration" capital to core areas. The Powder River Basin - including the Frontier, Parkman, and Turner formations - was one of the few prospective regions to draw operator capital even as oil price fluctuated.

The Powder River Basin (PRB) is primarily located in Johnson, Converse, and Campbell counties in east-central Wyoming and currently has over 60,000 bbl/d of production from 900 horizontal wells. Total production fell dramatically with low oil pricing pushing down activity and currently stands at only half of the historical peak in early 2015. As prices stabilize and technological advancements continue, operators are showing renewed interest in the region, offering hope that the Powder River Basin may be the first "incubating" liquids play since the price collapse. Devon, EOG and Chesapeake are each committing to bring between 20 and 30 wells to production in 2017 - a strong increase from recent activity levels. 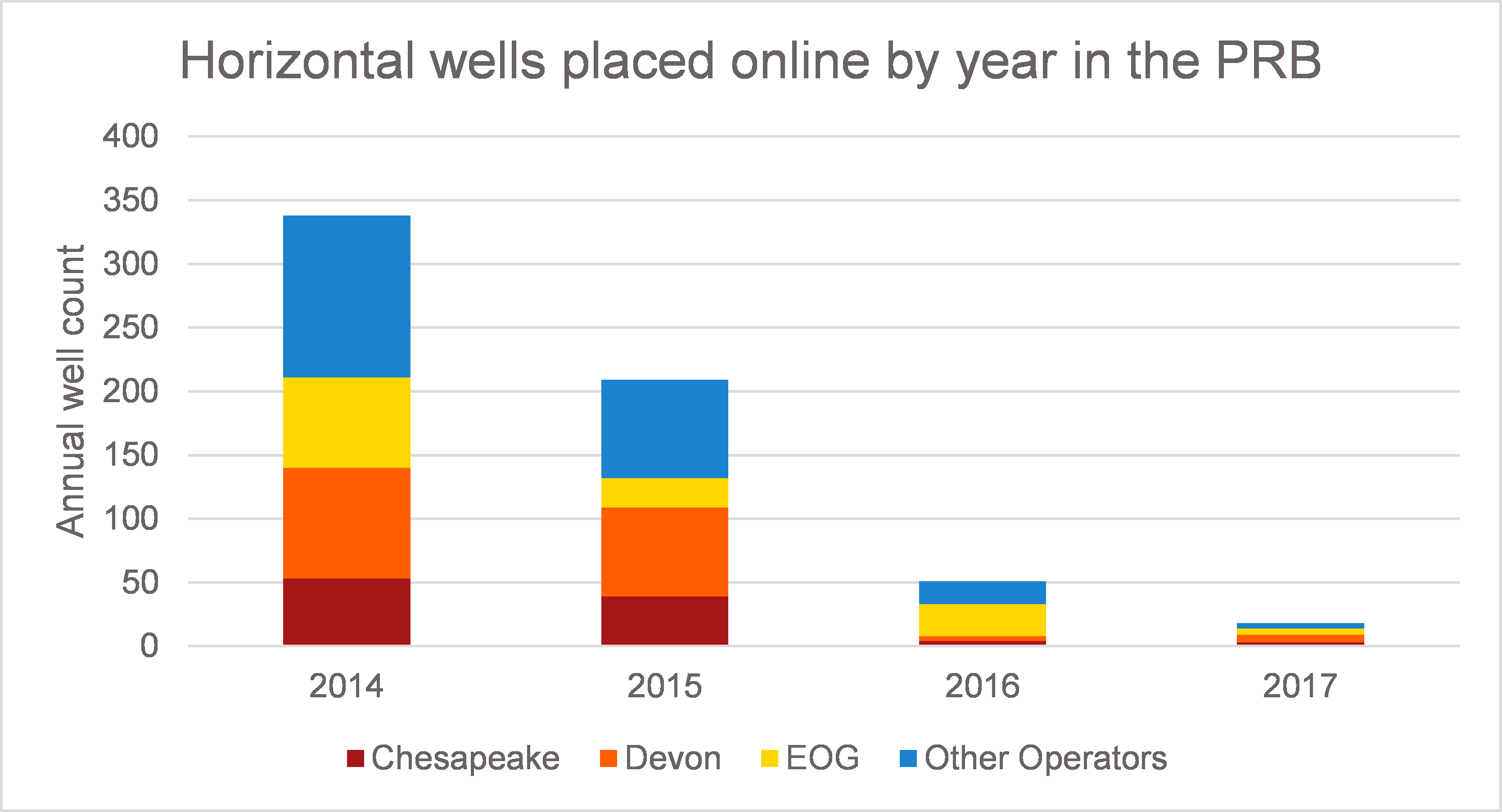 Figure 1: Horizontal wells placed online by year in the PRB

Like the Permian, much of the Powder River Basin's appeal is in the multiple stacked production opportunities available in the Powder. Though the sands in the basin are not always continuous across the entire basin, operators developed preferred target formation. Among the larger operators, EOG has primarily targeted the Turner, while Devon has pursued the Parkman, and Chesapeake, the Niobrara. The Turner has been the most productive formation, with an average productivity of ~110 boe/d per 1,000 lateral feet (20:1), followed by the Parkman at ~90. The Niobrara's productivity is closer to 80 boe/d per 1,000 lateral feet (20:1). However, despite the somewhat lower performance of the Parkman, Devon's performance has been roughly on par with EOG, as both operators have generated production peaking between 100 and 120 boe/d per 1,000 lateral feet (20:1). The play likely still has productivity gains to be realized, though, as no operator is targeting its most productive formation.

As in the rest of the L48 onshore system, the price collapse led operators to high-grade, extend laterals and increase proppant in the Powder River Basin. Peak month productivity (measured at 20:1) has nearly doubled since early 2014, from ~90 boe/d per 1,000 lateral feet to over 180 in late 2016. Proppant intensities rose from 800 lbs/ft to nearly 1,200 over the same period and aided the doubling of productivity. However, the most interesting operational change has been the experimentation and ineffectiveness of extended lateral lengths. Historically, operators preferred 5,500 ft laterals in the region through 2014. During 2015, operators (mainly Devon and SM Energy) tested 9,500 ft laterals. But longer laterals have been relative underperformers with only 8% of wells with laterals over 7,500 ft peaking above 150 boe/d per 1,000 lateral feet, compared with 37% of short laterals since 2014. Unsurprisingly, operators reacted and brought few long laterals on-stream during the past 18 months.

Currently, the best horizontal wells in the basin (1st Quintile) break-even below $40/bbl WTI and the 2nd Quintile break-even in the low $50's/bbl WTI (assuming 10% IRR). Given improvements in productivity, Chesapeake's need for liquids volumes, and EOG's practice of pushing for diversity in its portfolio of opportunities, the Powder River Basin is set to rebound from its recent production decline. This spring, rig activity averaged 10 horizontals in the basin, which is sufficient to generate growth. Under the bullish outlook for the basin, IHS expects nearly 20 rigs to be active by 2020, pushing production back to its 2015 high near 110,000 bbl/d. 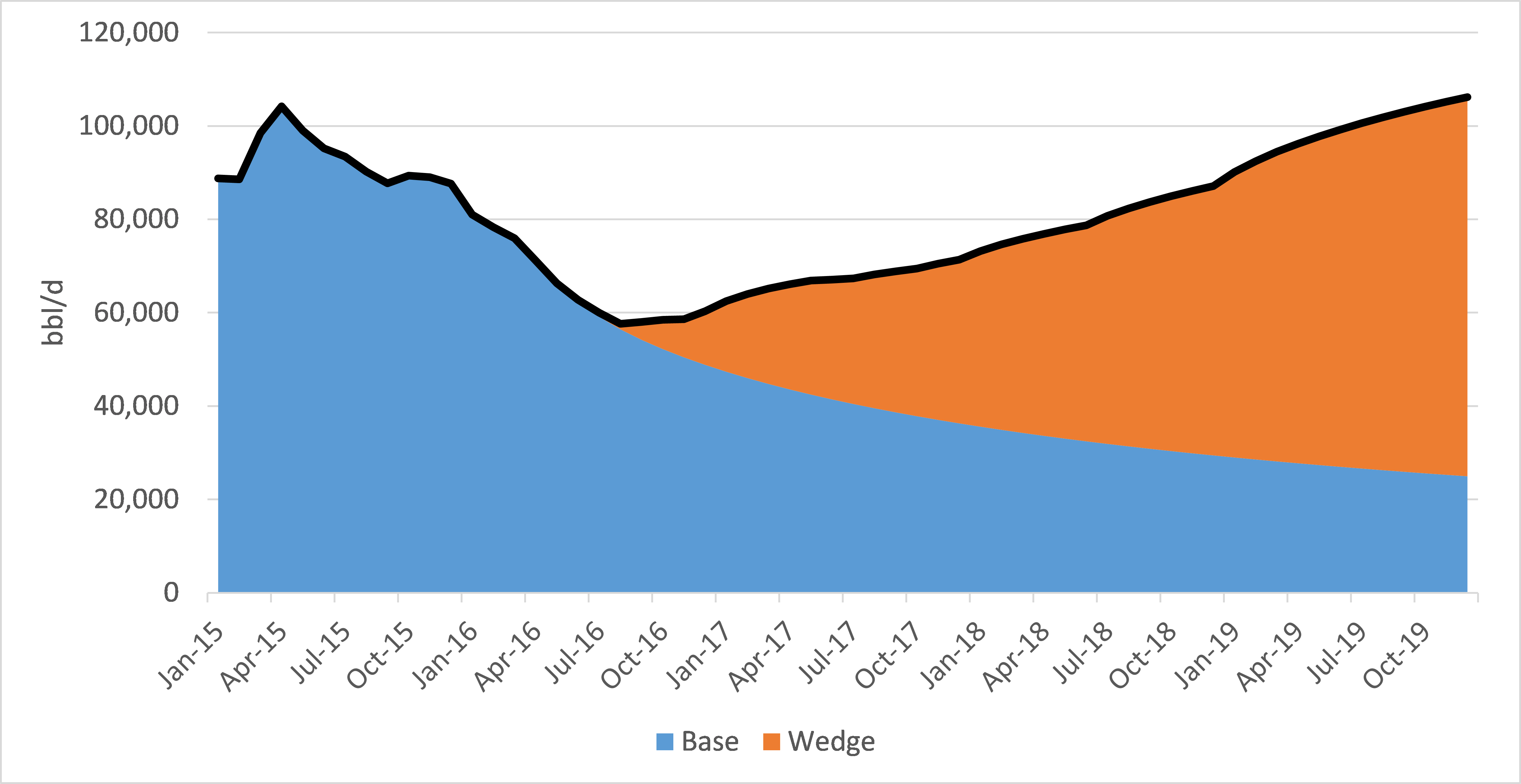 Learn more about our oil and gas solutions for the North America onshore market.

Global #solar installations were expected to grow over 30% in 2022 before COVID restrictions in mainland #China imp… https://t.co/A4BxdPJKsn

RT @CERAWeek: Will you be at World Gas Conference? Engage with @SPGlobal experts during the sessions and at our booth! #WGC2022 @IGU_News @…