Last night 33 winners were recognized for automotive loyalty and conquest during the Polk Automotive Loyalty Awards presented by IHS. For those of you unfamiliar with how owner loyalty is measured, it’s determined when a household that owns a new vehicle returns to market and purchases or leases another new vehicle of the same model or make.

This year's Polk Loyalty Awards recognized the best-of-the-best and winners were named in eight featured categories. Additionally, 25 segment-level loyalty winners were announced, many of which were repeat winners from previous years. 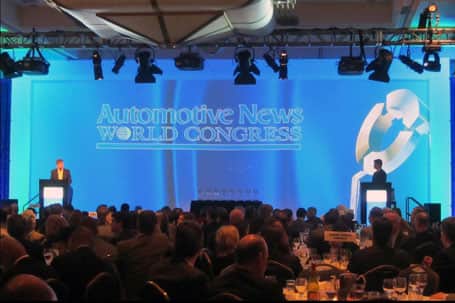 Here are a few key market facts that I shared with the audience last night. They help to paint a picture of the changing automotive environment regarding owner loyalty and defection.

Overall and across the US auto industry, OEMs are continuing to place greater emphasis on owner loyalty and their efforts are certainly paying off. Be sure to check out the complete list of Polk Automotive Loyalty Award winners.

Congratulations to @LincolnMotorCo for winning the Overall Loyalty to Dealer award from IHS Markit. View the comple… https://t.co/qi3LHGwBcK

Congratulations to @GenesisUSA for winning the Highest Conversion of Conquests to Loyalists award from IHS Markit.… https://t.co/Xc4dYSoGac

Congratulations to @AlfaRomeoUSA for winning the Most Improved Loyalty to Make from IHS Markit. View the complete l… https://t.co/QjHJqdLiqA