It's no secret that Tesla is taking the US automobile market by storm. Its 103,000 plus new retail registrations through the first five months of this year are up 65% versus a year ago in a market up 41%, and this volume ranks fourth among the 18 luxury makes, trailing only BMW, Mercedes-Benz and Lexus.

At the model level, Tesla's midsize crossover Model Y (in its second year on the market) is leading its segment and out-pacing perennial leader Lexus RX by a robust 15,810 units based on May 2021 CYTD figures. The Model 3's 39,246 retail registrations through May 2021 CYTD are almost three times that of any competitor in the Luxury Compact Car Segment and account for 29% of all that segment's retail registrations. And, given the fact that half of Tesla's buyers have a mainstream vehicle in the garage, it appears that Tesla is pulling in customers from all brands. It's understandable to wonder if anyone can stop Tesla's pace.

In looking more closely at the data, it turns out there is a brand that is managing to hold its own, relatively speaking, with Tesla. While Tesla enjoys a robust 5.4 conquest/defection ratio (conquests coming into the brand divided by defections leaving the brand) with its luxury competitors, and a 3.0 ratio versus the industry, its ratio with Porsche is just 1.42, lowest among all ongoing luxury brands (Tesla's ratio with Genesis is 1.1 but Genesis's defection volume is artificially low as it has not been on the market for a complete ownership cycle, and Polestar is just launching and obviously will not have any defections). 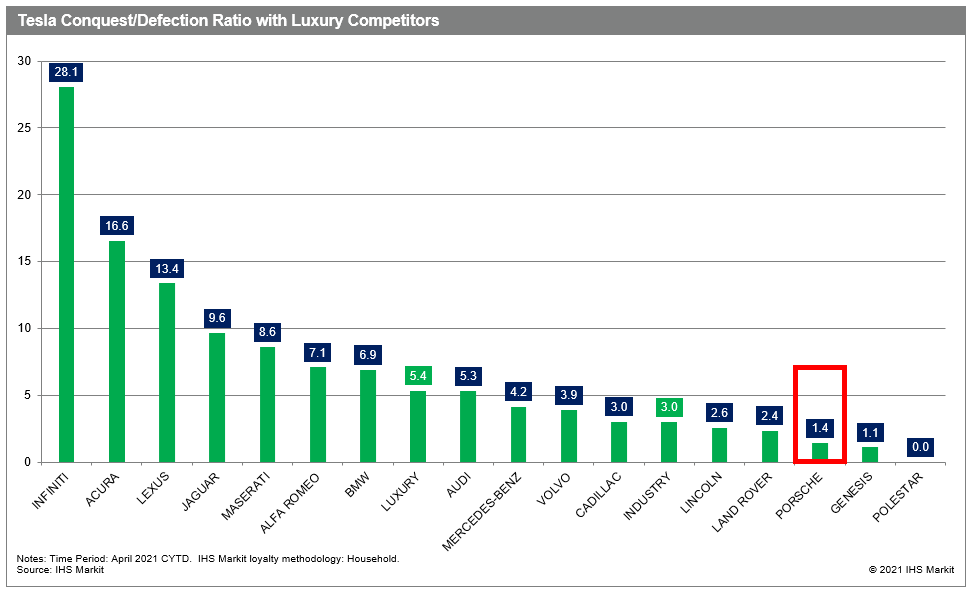 And, this is not a flash-in-the-pan, one-time occurrence for Porsche. As the chart below illustrates, Porsche's ratio with Tesla consistently has been below the overall luxury segment's ratio with Tesla, dating back to at least 2016, and the gap has widened more recently. Furthermore, when the Model 3, for which Porsche does not have a competitor, is removed from Tesla's portfolio, Tesla's ratio with Porsche declined even further in two of the past five years. 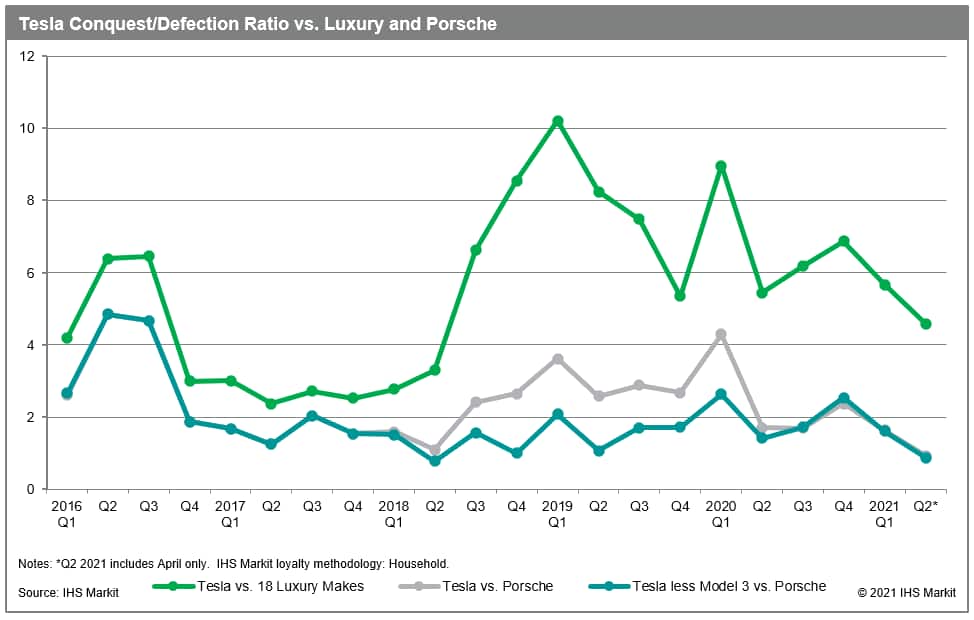 Lastly, IHS Markit data indicate that with the recent introduction of the Taycan full size luxury EV, Porsche's position with Tesla is likely to improve. Among the ten models to which the Tesla Model X and Model S are most likely to defect (on a net basis (conquest less defection)), Taycan ranks third and first, respectively. 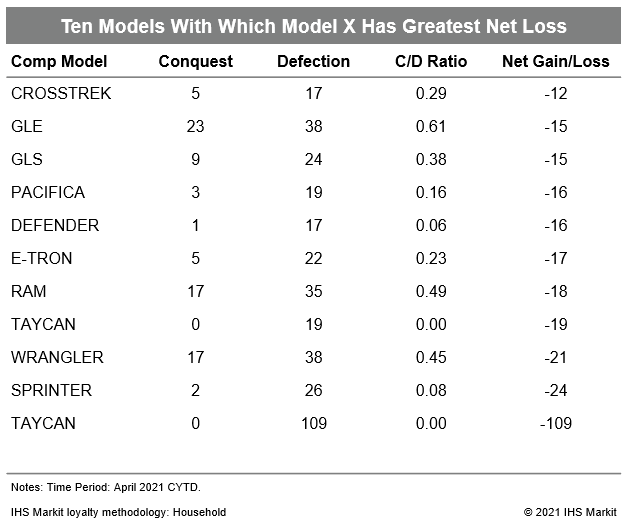 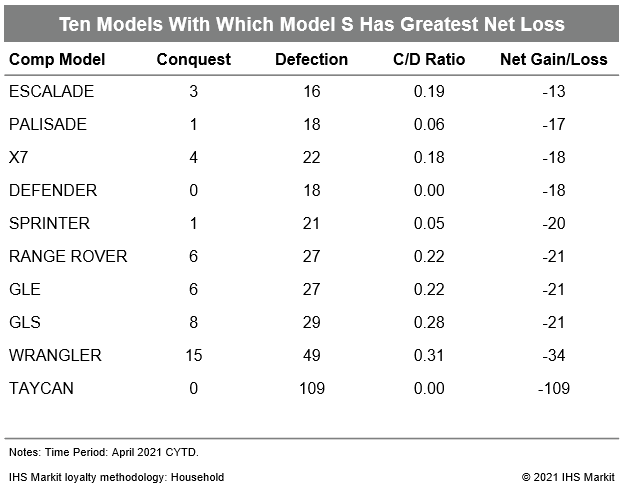 In fact, the Taycan now leads the Luxury Full Size Car Segment with 3,765 retail deliveries through May 2021 CYTD, versus 1,800 for the Model S; these data are in stark contrast to year-ago results when Model S registrations were 5,058 versus just 422 Taycans.

Taycan still is relatively new to the market, and its defections will rise as more customers reach the normal time when defections occur. But thus far, the Taycan has proven a formidable competitor for the Model S and Model X, and Porsche and its first EV generally have withstood the major net defections to Tesla experienced by most of the industry.