A revolutionary new chemical process technology, called crude oil-to-chemicals (COTC), could more than double the profitability derived from a barrel of crude oil, according to a new, independent economic assessment from IHS Markit Process and Economics Program (PEP). 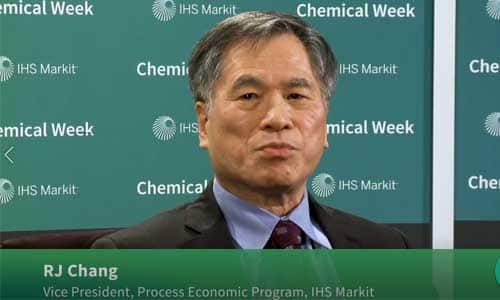 What is crude oil to chemicals?

Crude to chemicals refers to several recently announced projects with the aim to convert the maximum percentage per barrel of oil to chemicals. And these projects, typically, based on the announced projects, converts 40 to 60 percent per barrel of oil compared to the traditional well integrated refinery petrochemical complex which only converts about 20 percent per barrel oil to chemical; So this is a huge jump. That means [with] a project you can produce at least double amount of the chemicals. So, this is going to have a huge impact in terms of global petrochemical production in the future

Download a sneak peak to five essential relevant reports/reviews as a part of our continuing technology and economics PEP offering on COTC.

New chemical manufacturing technologies can pose an opportunity or a threat. Are you prepared?
Learn more
Subscribe to RSS Feed