Taiwan's total installed power generation capacity has remained at around 50 GW for the past five years, with thermal and nuclear plant retirements in the planning before end-2025. Meanwhile, it has become more difficult for power companies to bring new thermal plants online amid growing environmental and safety concerns.

However, the island's electricity consumption continues to grow, averaging 1.4% annually since 2010, and is projected to rise further in the future. This, combined with capacity retirements and limited capacity additions, has led Taiwan's power system reserve margin to drop precipitously the past few years.

An island-wide blackout took place on 15 August 2017, when gas supply to the largest gas-fired power plant was accidentally shut down and caused the 4.4 GW plant to go offline, with insufficient reserve capacity to make up for the shortfall. More than 6 million households were impacted, while hundreds of industrial users also experienced temporary power outages.

With continued power shortages looming but a promise to limit coal and nuclear, the government is looking at new renewable projects as a preferred solution, with plans to aggressively promote offshore wind and rooftop solar installations. In addition, new and retrofitted natural gas units are proposed to expand and gradually replace retiring coal and nuclear units, with a total of 10.3 GW net capacity additions planned by end-2025, pointing to higher gas demand in the years to come. But given that Taiwan imports almost all its gas through LNG terminals, there also needs to be terminal capacity expansions as well. 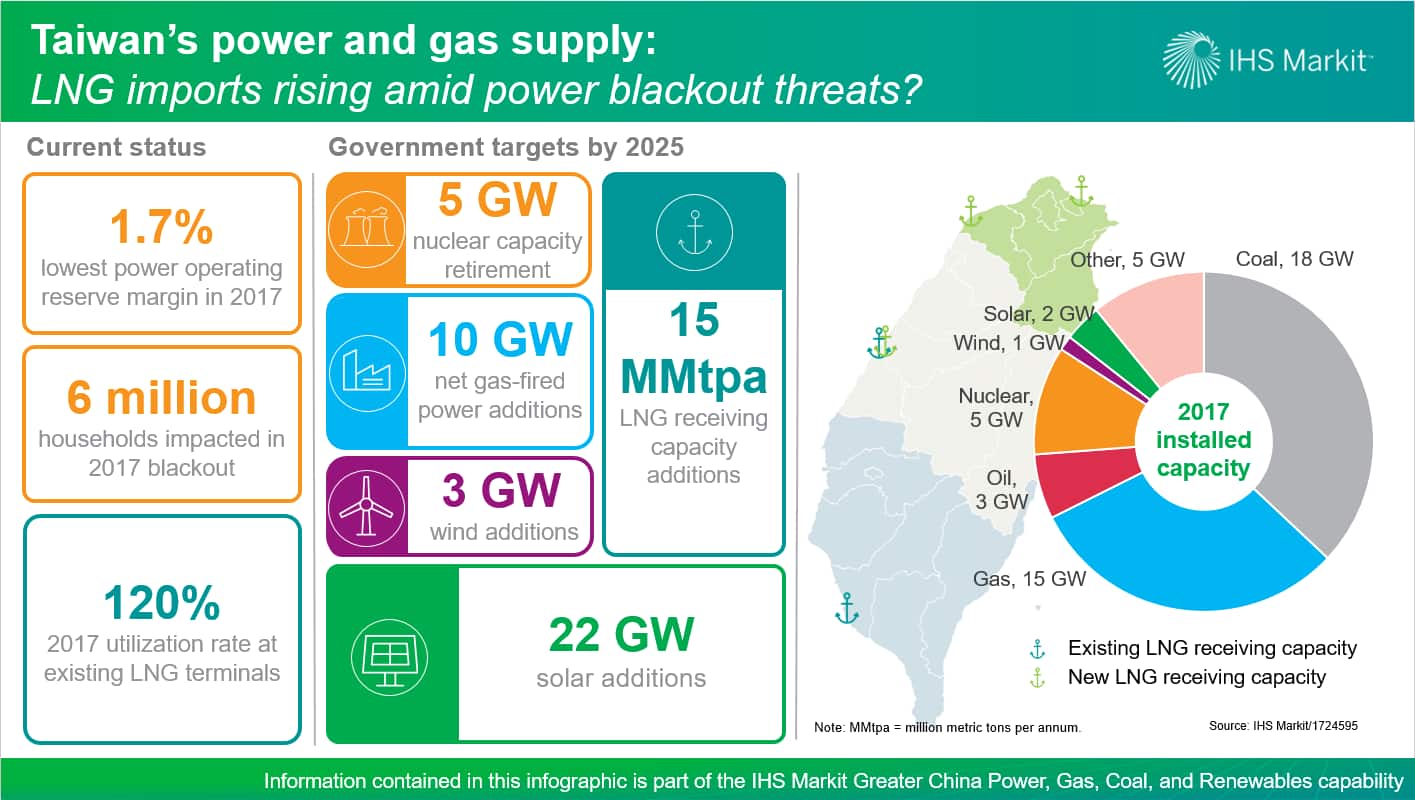 All these will likely take time as they are all major investments that will take commercial efforts and government coordination. Meanwhile, reserve margin in the island's power system will likely remain low, and short-term fixes including voluntary curtailment for power consumers and load shedding may be required.

Learn more about our coverage of the Taiwan energy market through our regional power, gas, coal, and renewables service.