General cargo (breakbulk) vessels that have shared similar terminal and cargo with geared bulkers (Supramax and Handysize) have shifted to the container linked market. Because of extremely high freight rates for container ships over the past few months, some cargoes usually carried by container box have been converted to breakbulk cargoes. Therefore, many existing minor bulk cargoes, including steel products, need to rely more on Supramax/Handysize-geared vessels. 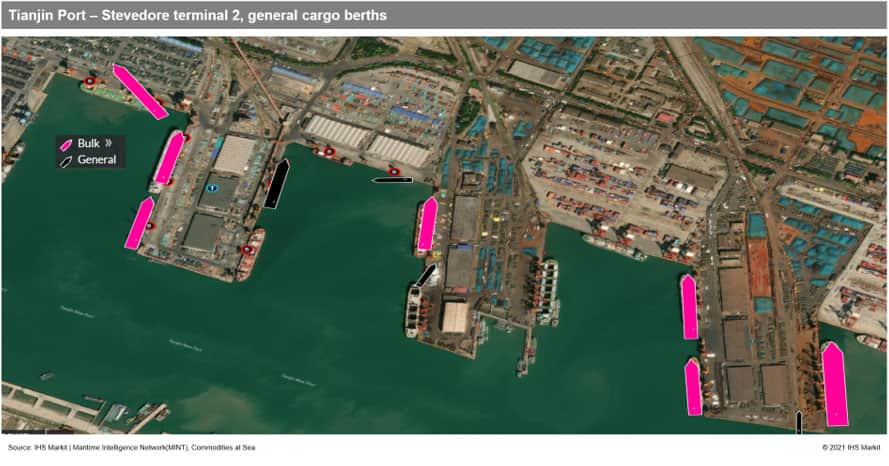 Also, we have observed a significant increase in mainland Chinese export shipments by geared vessels and most of the increase in volume came from container-bulk convertible breakbulk cargoes and minor bulk cargoes, including steel products and bagged fertilizers/chemicals/minerals. We have observed Chinese-flag domestic vessels switch to international market at some extent but within historical range. Those international backhaul shipments from mainland China have been carried by international flag. This explains the extraordinarily high backhaul rates for supra/handy vessels with minor bulk cargoes very well.

Since sub-Panamax spot market is beyond fundamental forecast range, we believe trend and sentiment would play a major role at least in the short-term as long as physical positional tightness continues.

Since the Panamax vessels departing Brazil would take 40-50 days to reach discharging ports, we expect positional tightness to continue for the Panamax sectors by early or mid-April, indicating uncovered spot orders would be difficult to secure tonnage and may need to pay a large premium for short-duration voyage in the short-term because shipowners prefer longer duration voyages owing to uncertainty and huge volatility in the market. 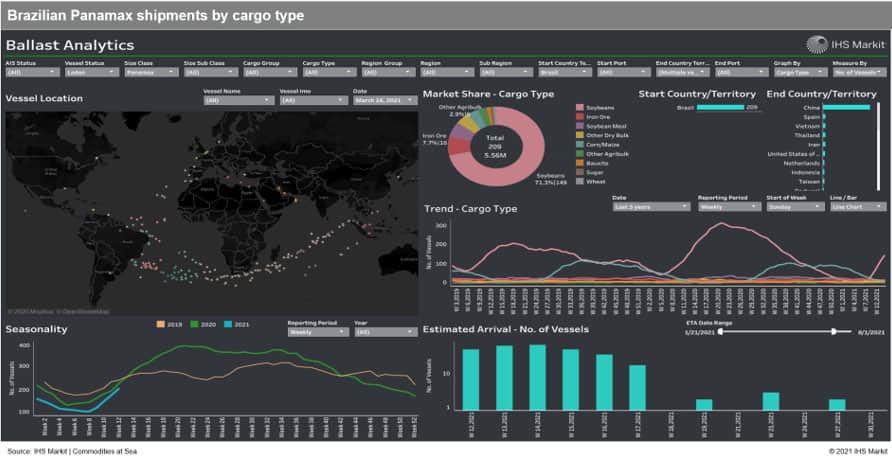 Now the key is the second quarter. Risk management and other business decisions depend on the rival interpretations of the market:

Even though IHS Markit observed better demand-and-supply balance in the dry bulk market and consistently showed a bullish view in the November and December 2020 release, we believe that the current spike is partly due to influences that will not be sustained, mostly driven by short-term positional and seasonal factors plus high liquidity in FFA and commodities futures and short covering activities. The TBN cargo contract booked in the fourth quarter 2020 by shipowners and operators to cover traditionally low market in the first quarter, played a major role in increasing high competition and period fixture activities. Also, record-breaking cold weather, delay in Brazilian grain exports, and extremely high congestion in mainland China have all contributed to the favorable environment.

Therefore, we still maintain our view that the global sub-Panamax freight market will peak in March/April and is likely to adjust down to a fundamentally reasonable level in the medium-term when vessels start to arrive and discharge the cargo in April/May; second-quarter level will be down quarter-on-quarter basis but up year-on-year. There is a possibility of double top pattern-high volatilities, retesting recent extreme levels before dropping, since the freight market has entered into financial, sentimental territory.

Finally, while it is important, it would be shortsighted to focus solely on the micro fundamentals of the dry bulk freight market. There clearly are some bullish/bearish fundamentals in dry bulk supply/demand balance, but the overall finance and commodity environment, and most importantly sentiments are supporting upward trends significantly.

#Data for #imports are by now indicating a sustained recovery which is indicative of growing consumer confidence an… https://t.co/48GFgh7vld

RT @dbrades89: We @IHSMarkit and @IHSMarkitMandT are incredibly excited to announce our new Container Port Performance Index developed in c…

With the Ever Given incident in the Suez Canal, to port delays on the U.S. west coast and a global shortage of cont… https://t.co/BoEYR2qLCm