Supporting the development of ASEAN economies: Understanding the strong power demand growth in the region

The six key markets in the Southeast Asian region have averaged a high electricity intensity of 1.18, even including the COVID-19 impact in the past decade. Electricity intensity, or EI, is defined here as the ratio of power demand growth to GDP growth over a 10-year period (2012-21). Southeast Asia's EI of 1.18 is almost a third higher than the global average EI of 0.90 in the same period. High EI reflects an outsized increase in electricity demand in relation to economic growth, an indicator that power-intensive sectors are driving economic growth (e.g., during industrialization). It also indicates that electricity demand is elastic: in a market with an EI of 1, for every 1% increase in national income, the electricity demand likewise increases by 1%. Hence, increases in incomes and electricity access lead to an outsized surge in power demand in high-EI markets. 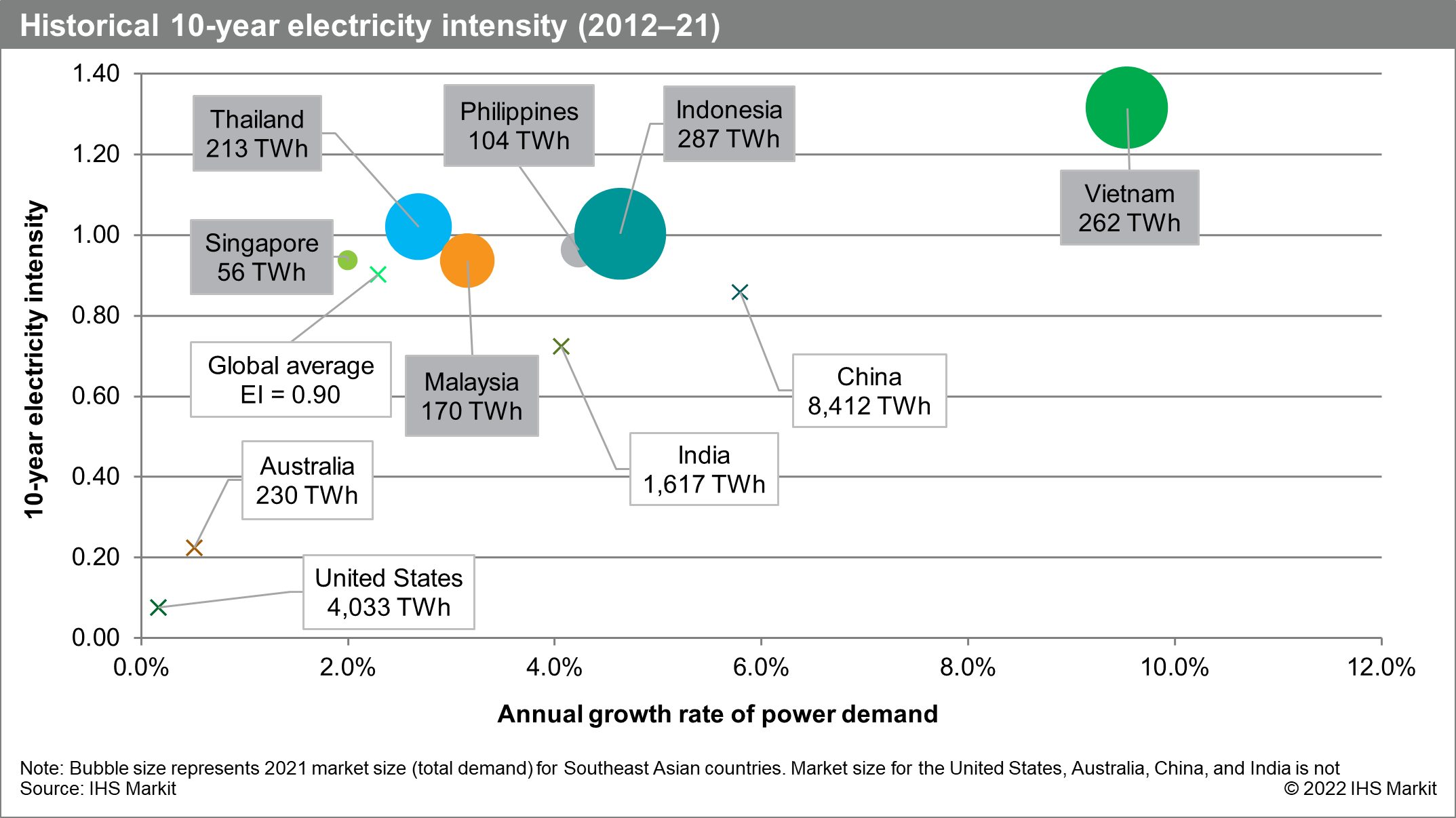 The sectors that have historically driven growth vary by market, with the three broad sectors of commercial, industrial, and residential power demand playing different roles. In Vietnam, commercial EI and growth were high, but industrialization was the main demand driver. Meanwhile in Thailand, Indonesia, and the Philippines, residential demand grew by 58% and was the main driver of growth. In contrast, residential demand was a less significant driver in Malaysia and Singapore. Per capita residential power consumption in Singapore and Malaysia was already the highest in the region in 2012 and grew moderately compared with other regional markets in the past 10 years. Industrial growth played a larger role in these two markets instead. 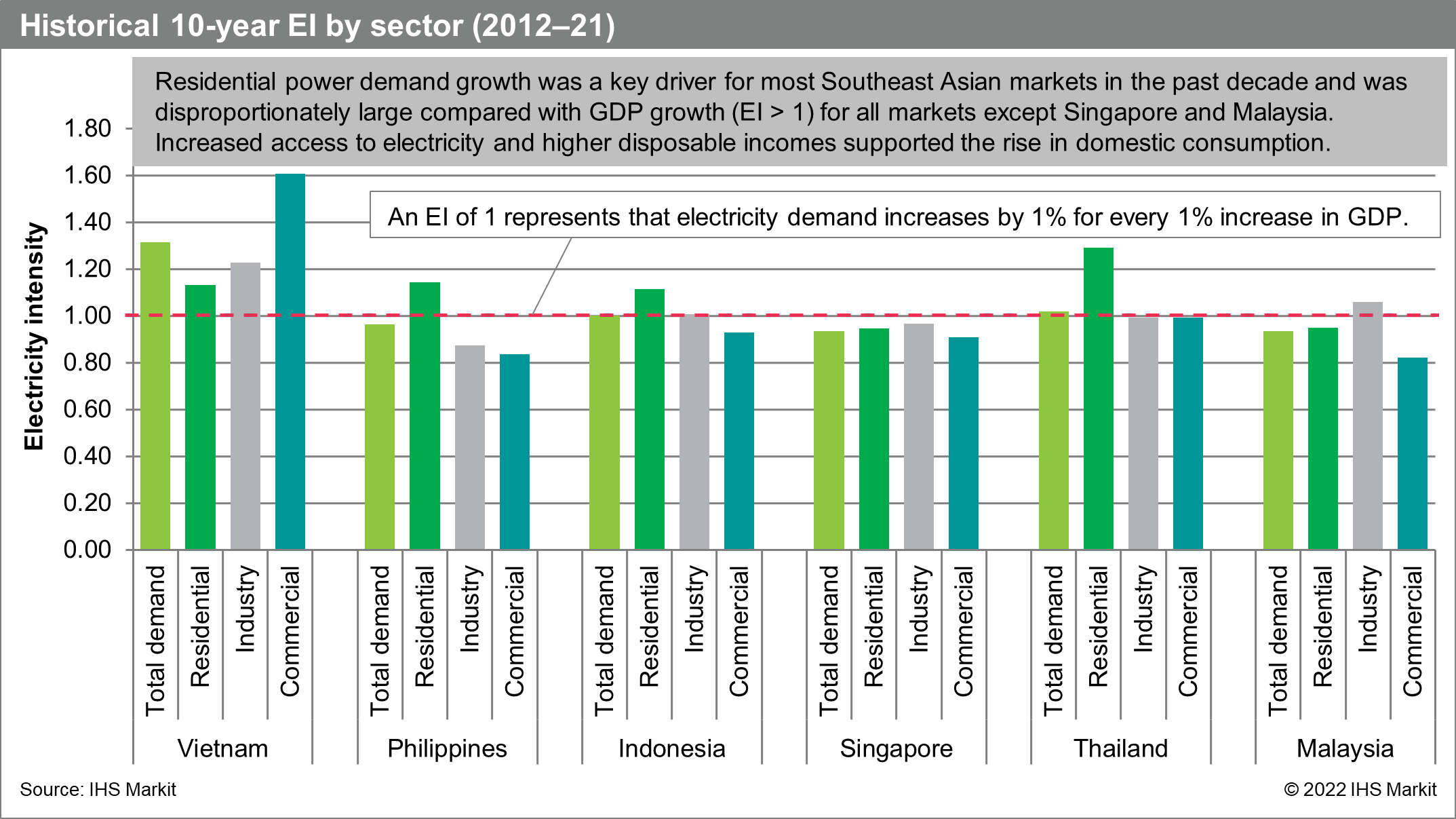 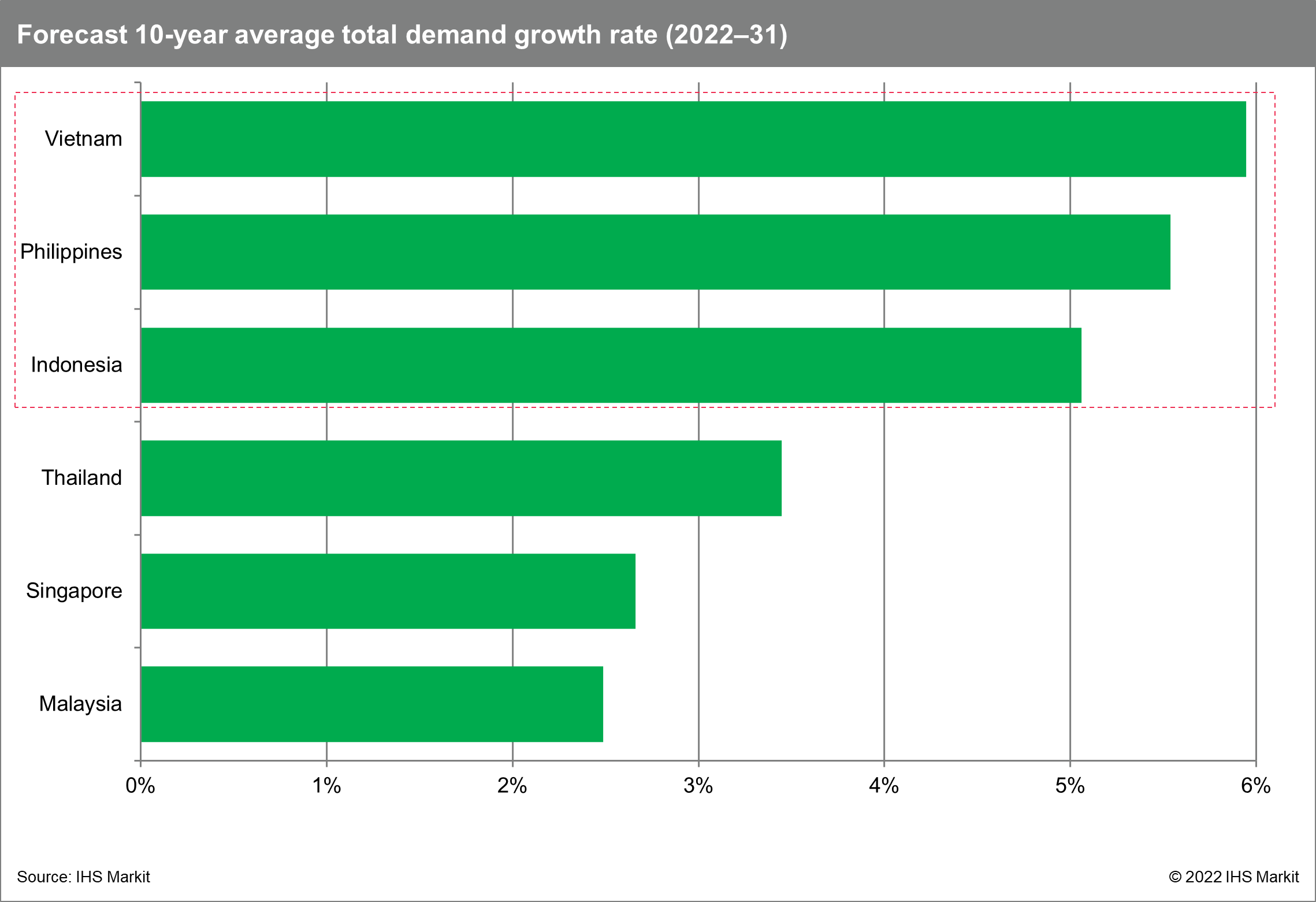 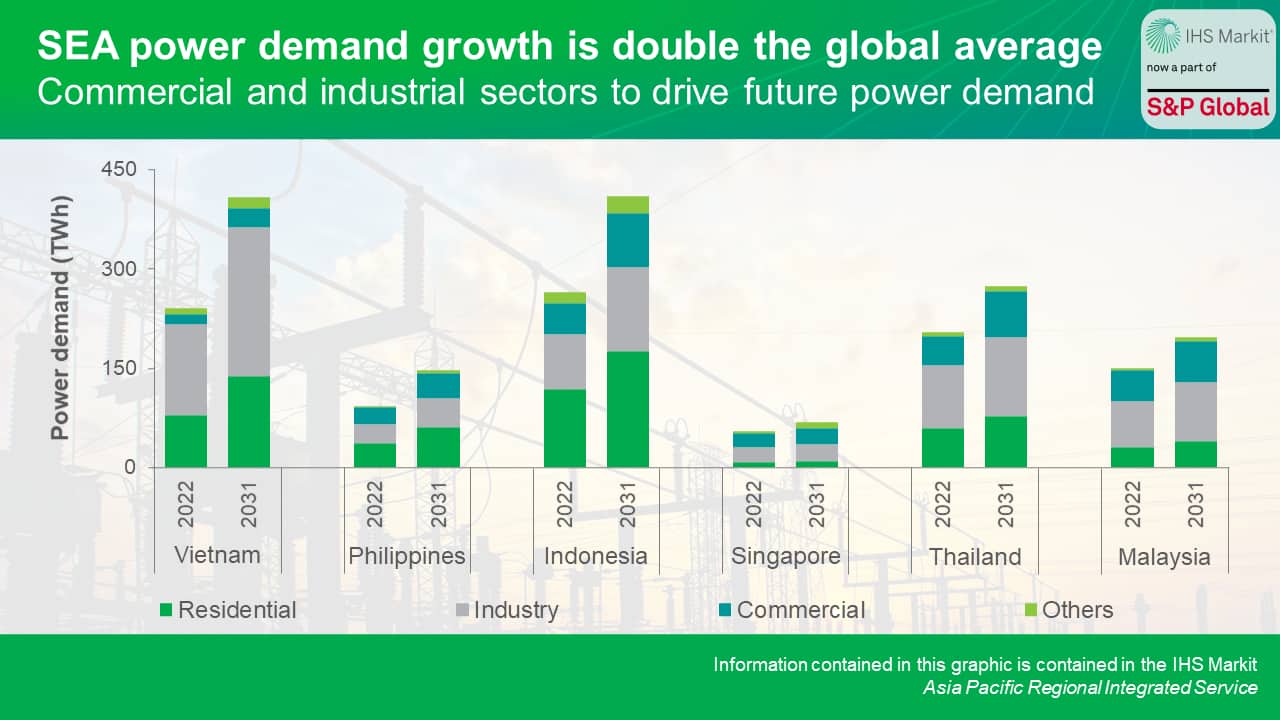 Developments in technology are also introducing new dimensions to the power demand outlook. Emerging trends that governments have allocated substantial resources into supporting include transport electrification and energy efficiency considerations, which will be important disruptors in the coming decade.

Hui Min Foong is a research analyst with the Gas, Power, and Climate Solutions team at S&P Global Commodity Insights focusing on power and renewables markets in the Southeast Asian region.