Subsurface delineation and technology gains have transformed US shale system

The shale gale has transformed the global energy markets, unleashing economic oil and gas resources through horizontal drilling and hydraulic fracturing technologies. US crude oil production has had an unprecedented growth since 2008 as a result of the shale revolution that started with natural gas between 2004 and 2008, and predominantly from oil plays since 2008. In 2018, US entry-to-exit production grew by around 2 MMb/d. It is projected to grow by more than 1.35 MMb/d in 2019 and expected to reach 16 MMb/d by 2025.

Although, the vast US oil and gas recoverable resources would be able to support production growth for at least the next decade, it is vital to understand the key drivers of US oil production growth to estimate the risks to the forecast volumes.

Impact of subsurface delineation and technological innovations on US supply
The average peak rate and cumulative oil production of a US well has materially accelerated since 2014 due to innovative technologies such as high-intensity well completions, longer laterals, and delineation of benches across various plays.

Operational changes
Consistently improving subsurface understanding is evident from the well results. The average peak rate of an onshore well improved steadily from 2015 to 2018 by around 60%. The IHS Markit base case forecast does assume additional well productivity of 5 to 10% through 2020. 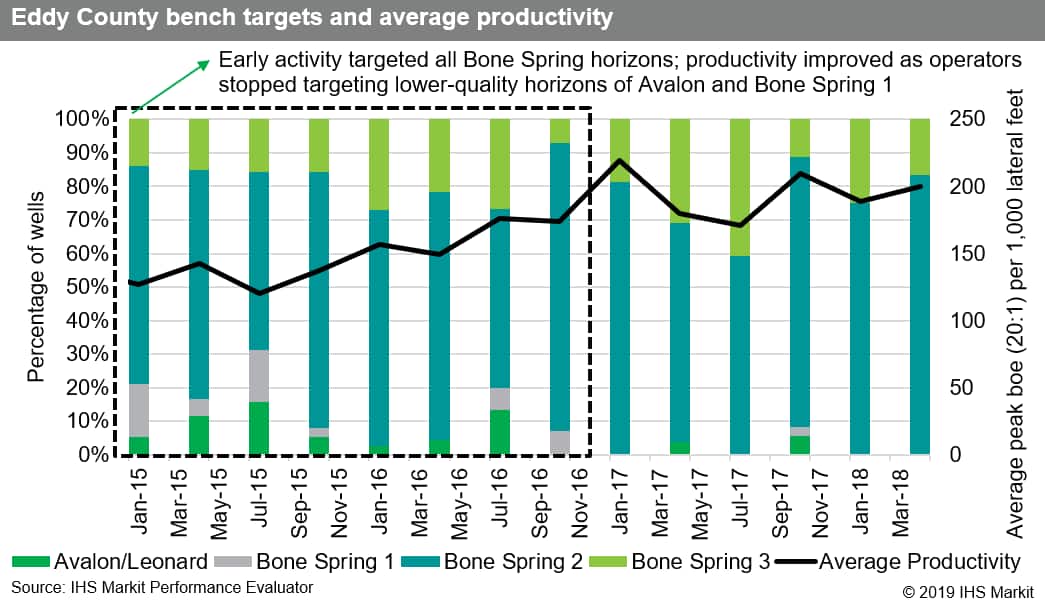 To understand the effect of subsurface delineation and drilling and completion technology innovations, IHS Markit has modeled a scenario by removing all the tangible improvements in well productivity that have happened since 2015. The model started with type curves, lateral lengths, completion techniques, and other well-level metrics from 2015, and then used the actual number of producing wells since 2015, implicitly assuming service sector and infrastructure availability to be the same as that of the IHS Markit base case forecast. The exercise was run to test how well configurations and productivity improvements played a role in the dramatic US production growth since 2015. The results were striking. 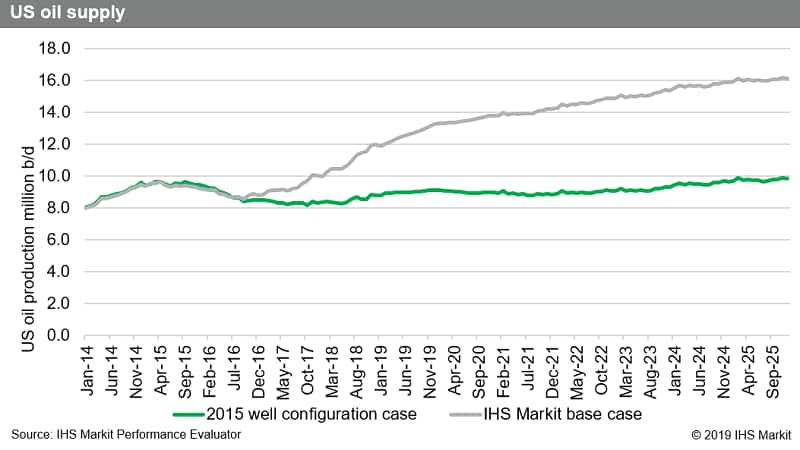 Figure 3: US supply base case vs. 2015 well configuration case

Subsurface delineation and technology gains in the past few years have revolutionized the US shale industry. Although subsurface productivity is a key factor to understanding the volatility of the US shale market, it was never a constraint to production growth in the past few years. Subsurface risks have been historically mitigated with technological innovation. However, it is important to understand the effect of productivity gains on US supply as the rate of productivity improvements has decelerated in many plays and will taper out during the forecast period 2020 and beyond, requiring higher investments after 2021 to maintain the same level of growth as in 2018 and to offset plateauing or declining peak productivity.

Learn more about our coverage of the US plays and basins.

Narmadha Navaneethan is a Principal Analyst in Plays and Basins at IHS Markit.