Sub-Saharan African firms count the cost of war in Europe

The impact of the war in Ukraine on prices for key items such as food and fuel is feeding through to strengthening inflationary pressures for businesses and their customers in Sub-Saharan Africa.

While not generally directly impacted by the war due to relatively low trade flows with Russia and Ukraine, the indirect impact of rising prices is a key threat to the region's economic outlook.

Following the outbreak of the war in Ukraine, we highlighted that price rises were starting to limit growth in the Sub-Saharan African region, and since then PMI data have suggested that rates of inflation have been sustained at high levels.

Latest PMI data for Sub-Saharan Africa, compiled by S&P Global, showed that purchase costs increased rapidly in May, and at a pace that was only just shy of March's series record. In fact, the three months since the outbreak of the war in Ukraine have seen the strongest period of purchase price rises across the region since at least 2014. 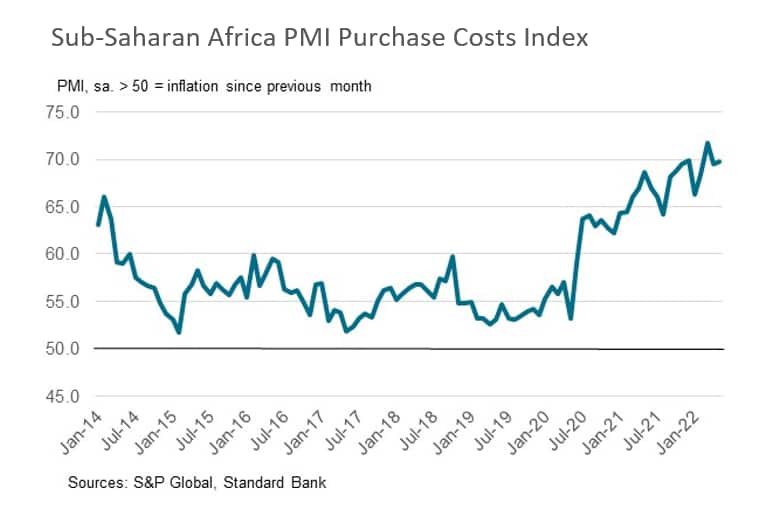 While there are concerns around the impact of rising prices for both fuel and food, higher fuel costs have emerged as the key driver of rising purchase prices for companies in Sub-Saharan Africa, according to respondents to the PMI surveys. This reflects the greater influence fuel plays in business costs relative to food products. Panel comments show that reports of higher energy prices (which includes fuel) have been running at between six and eight times the pre-pandemic average level since the invasion of Ukraine. 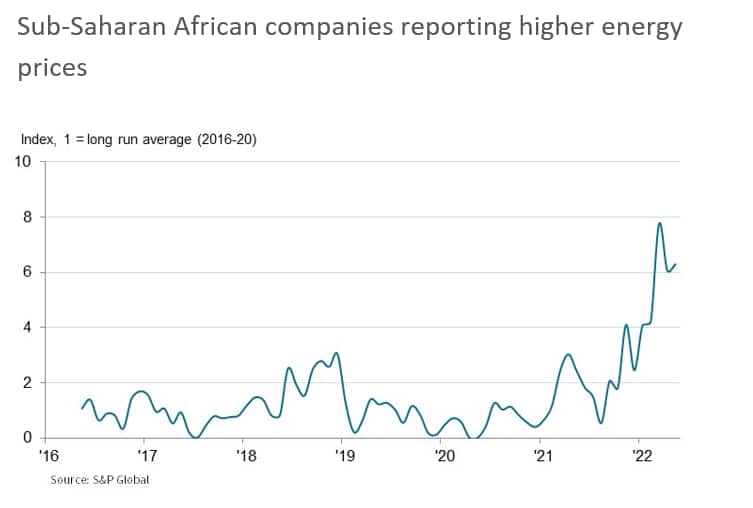 Higher costs for transportation have a widespread impact on overall prices given that almost all goods are transported to some degree.

While firms have primarily been affected by increased fuel costs, higher food prices will be particularly impacting households and adding to rising living costs. In fact, food accounts for some 40% of consumer price inflation (CPI) in the region.

Rising living costs have prompted companies in Sub-Saharan Africa to increase wages accordingly. PMI data showed that the rate of staff cost inflation hit a one-year high in May and was among the strongest on record. 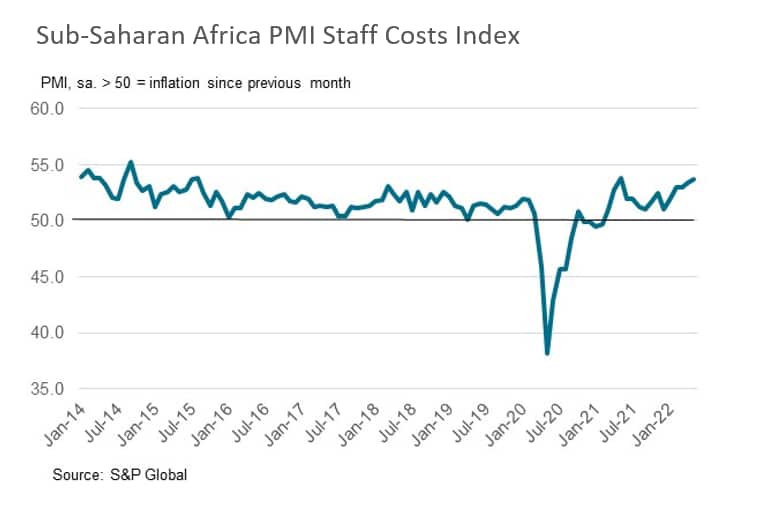 With costs up sharply, businesses are raising their output prices accordingly. The biggest upward revisions to selling prices have been seen in the wholesale & retail sector, where the pace of inflation has quickened to join the already strong rates seen in agriculture. In fact, wholesale & retail charges increased at the fastest pace on record in May. This pass-through of costs to consumers has also been evident in official CPI data across most of the seven countries covered by PMI data in the region. 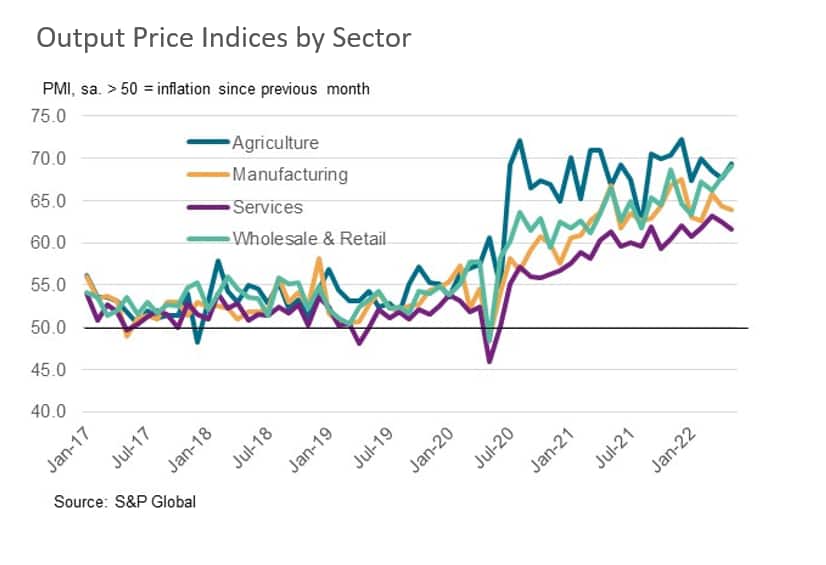 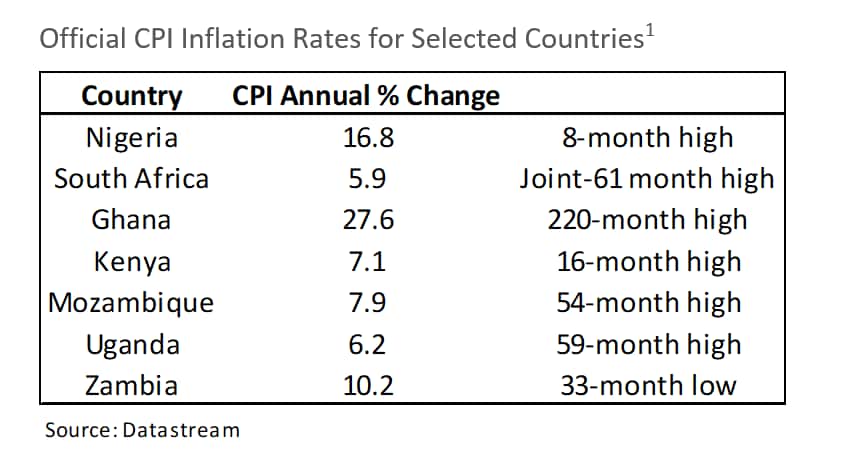 With output prices across the region's private sector rising at a near-record pace in May, there have been signs of demand starting to wane. While Sub-Saharan African new orders continued to rise solidly midway through the second quarter, held up by a strong expansion in Nigeria, the overall rate of growth eased to a four-month low. Ghana, Kenya and Zambia posted outright declines in new business in the latest survey period.

With prices of key items such as food and fuel set to remain high for some time to come, there will be worries that growth across Sub-Saharan Africa will continue to wane as the year progresses.