June's UK PMI surveys indicated a strong end to the second quarter, with business activity increasing at the fastest rate for eight months in response to an upturn in order book growth. Price pressures also rose markedly during the month.

The signs of the economy rebounding in the second quarter accompanied by rising price pressures will add to expectations that the Bank of England will hike interest rates at its August meeting. Yet the details of the survey hint at the need for caution.

Of greatest concern, companies' views on expected future growth remained worryingly downbeat. The survey responses indicate that political uncertainty, and Brexit in particular, continues to stoke nervousness about the outlook.

The fact that current business activity growth remains resilient despite business confidence being so subdued remains one of the most positive aspects of the survey, but does little to assuage worries about the longer-term sustainability of growth, and hints at widespread caution in relation to business investment.

The IHS Markit/CIPS PMI surveys collectively indicated the fastest pace of economic growth for eight months in June. At 55.0 against 54.3 in May, the 'all-sector' PMI output index rose for a third successive month from March's weather-related low to reach its highest since last October.

At 54.2, the average PMI reading for the three months to June is up from 53.1 in the first three months of the year and indicative of the economy growing by 0.4% in the second quarter. 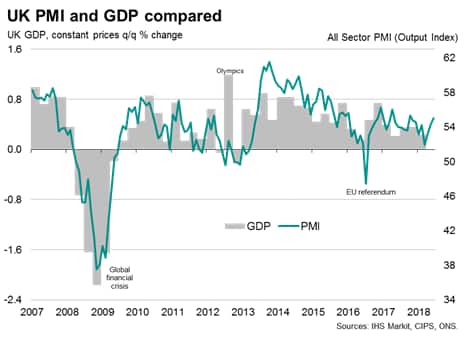 News of the fastest service sector growth for eight months came on the heels of the construction PMI hitting a seven-month high and further modest manufacturing growth, pointing to a broad-based expansion. Construction was buoyed by unusually warm weather, with June seeing near-record temperatures, and the weaker pound was reported to have helped boost manufacturing via improved export sales. 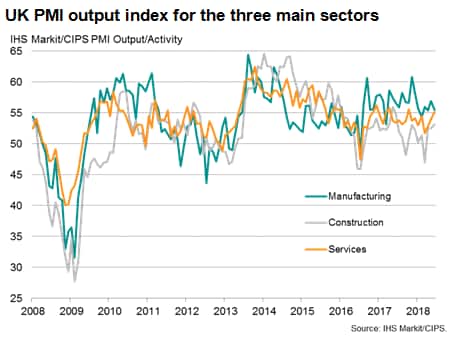 In the service sector, the strongest upturn was recorded for financial services, followed by computing & IT and transport. Consumer-facing sectors such as hotels, restaurants, sporting and leisure activity remained weak spots, with business-to-business services growth likewise remaining relatively subdued.

New order inflows also picked up in June, registering the sharpest increase for just over a year, leading to the largest build-up of uncompleted work for four months. Inflows of new work improved in all three sectors, with both services and construction seeing the largest gains for over a year.

June also saw the pace of hiring accelerate, rising to a three-month high as firms expanded capacity, notably in construction and manufacturing.

Service sector recruitment remained subdued, however, meaning the overall increase in jobs signalled for the second quarter as a whole was the weakest since the third quarter of 2016, though it should be noted that at least some of the slowdown in hiring in the second quarter has reflected increased difficulties finding suitable staff.

Although firms grew slightly more optimistic in terms of expectations of future business activity, sentiment remained relatively subdued compared to that seen earlier in the year and below the 2017 average. The business expectations index averaged 70.4 in the four years prior to the EU referendum in June 2016, but has since averaged 67.2. In the past two months, the average has been just 66.3. 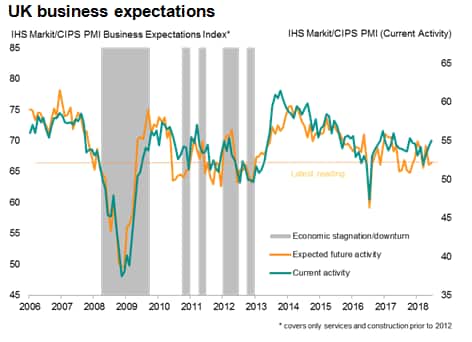 Historical comparisons suggest that the current pace of business growth is surprisingly robust given the relatively low degree of business sentiment, pointing to downside risks to future growth.

Around one-third of all service sector and construction industry respondents that grew gloomier about the outlook explicitly cited Brexit, rising to over half in manufacturing. Many others reported broader political uncertainty as having dampened the business mood. Manufacturers also saw increased threats from escalating trade wars.

Average prices charged for goods and services showed the sharpest increase for three months as firms sought to pass higher costs on to customers. 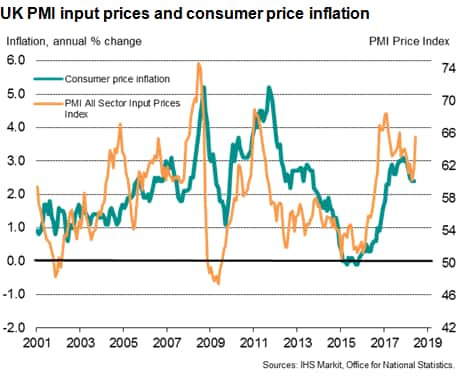 The steep rise in costs - among the largest seen in recent years - suggests consumer price inflation will accelerate again in coming months, having held steady at 2.4% in May.

The strengthening of the pace of economic growth signalled by the June PMI surveys, combined with the upturn in price pressures, will likely add to market expectations that the Bank of England will hike interest rates at its next meeting, scheduled for 2nd August. Three of the bank's nine Monetary Policy Committee members already voted to tighten policy at the June meeting, and the latest PMI data will add conviction to the argument that a bout of weakness in the economy earlier in the year has been temporary, mainly linked to adverse weather in March. 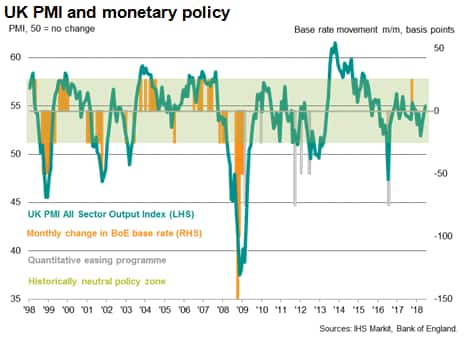 However, doves will argue that the outlook remains highly uncertain, and the rise in price pressures has been driven mainly by exogenous factors such as the oil prices and exchange rate. Furthermore, the pace of growth signalled by the PMI surveys remains considerably below that which would normally trigger a tightening of policy. Prior to last November's rate hike, previous interest rates hikes (since 1999) have only occurred when the all-sector PMI has been above 56.5. 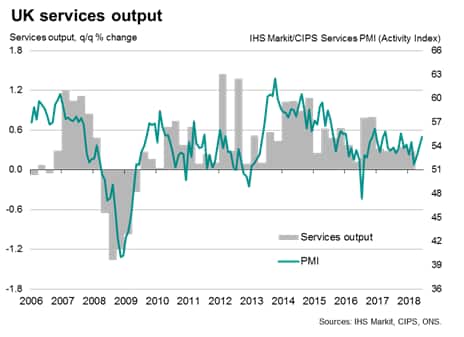 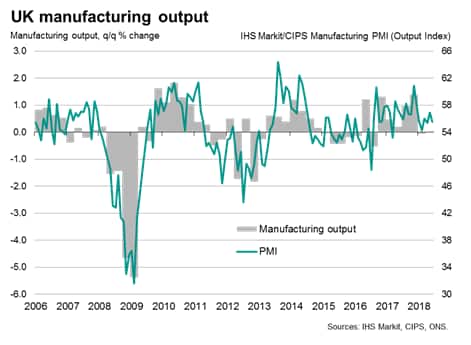 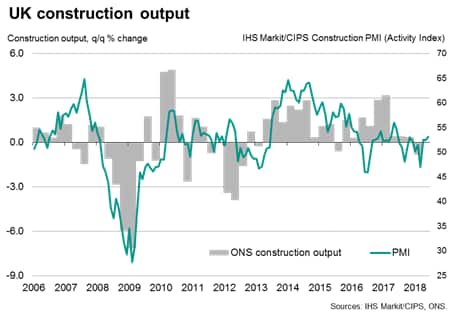