Interest in renewable power projects in Spain is booming: IHS Markit expects that 2 GW of onshore wind and 4 GW of solar capacity will have been added over the course of 2019. Next year is shaping up to be equally dynamic with a further 2 GW of wind and 3 GW of solar capacity set to increase Spain's already large renewable installed capacity. Many projects are being financed with power purchase agreements (PPAs) allowing project developers to secure finance outside of the government's auction schedule.

Despite all this, a dark cloud hangs over the market. Spain is getting ready for its fourth election in four years. Successive governments have been unable to secure a working majority, and unable to push through laws necessary for the transformation of the power sector. This political uncertainty is a significant concern for thermal assets but also - crucially - for renewable project developers mindful of the cannibalisation effect associated with large renewable additions which could jeopardise PPA-driven additions. 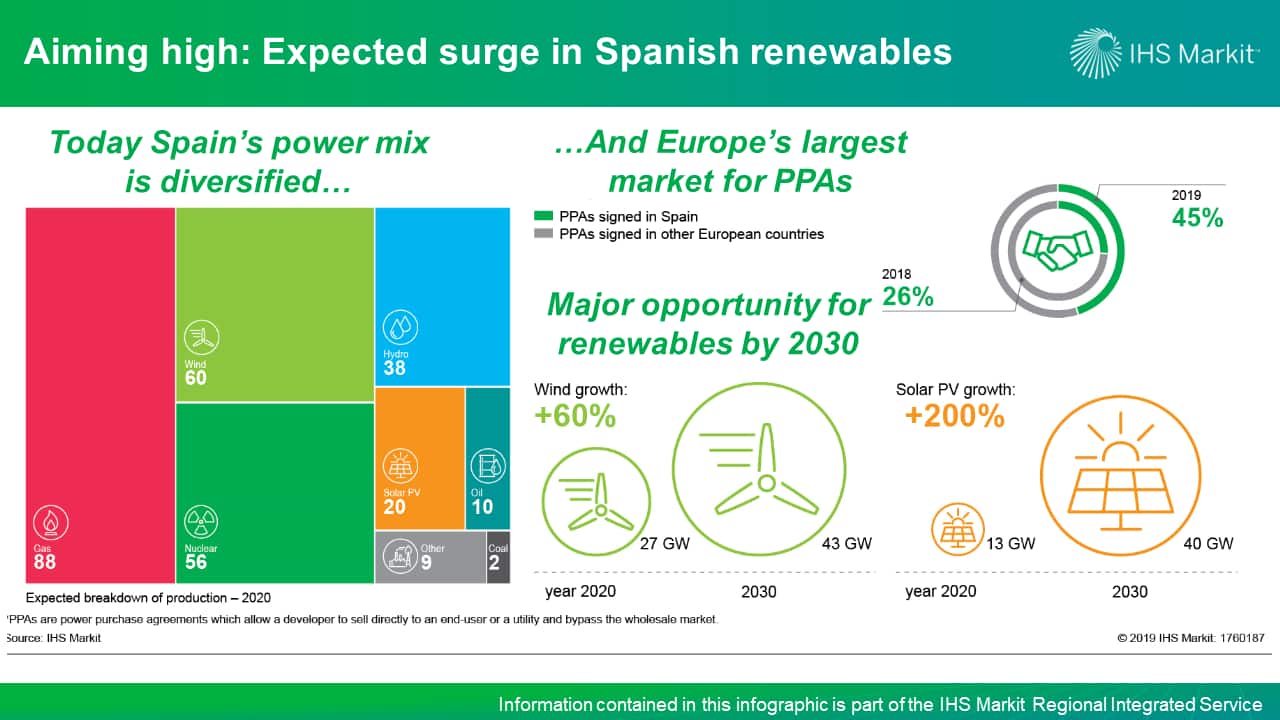 Learn more about our power and renewables research.